More South Africans Are Buying Cars Without Viewing It 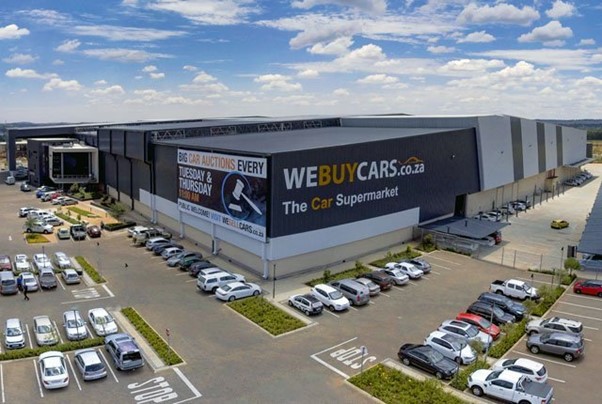 WeBuyCars found that more South Africans are buying cars without viewing it in person. The Covid pandemic lockdown are largely the reason for the shift in how business is conducted and the e-commerce growth.

WeBuyCars founder, Faan van der Walt says that his business has recorded substantial growth in online trading, due in main to the many lockdown constraints enforced by the government to curb the spread of Covid-19.

WeBuyCars is 74.9% owned by credit provider Transaction Capital. The remaining 25.1% of the shares in the group are held by the family trusts of the founding shareholders, Faan and Dirk van der Walt.

The company is a principal trader of used vehicles through its integrated e-commerce and physical infrastructure, offering finance, insurance, and other allied products.

It buys and sells approximately 8,000 vehicles countrywide on a monthly basis. Its medium-term target is to increase the volume of vehicles traded to 10,000 vehicles per month, which it says remains on track.

In an interview with Michael Avery on Business Talk, van der Walt said that the Covid pandemic caused a shift in how business is conducted at WeBuyCars. “We’ve got fewer feet on our floor, fewer physical visitors to browse.

“At the same time online doubled,” van der Walt said, adding that WeBuyCars attracts in excess of three million site visits per month of which 1.1 million are unique visits.

He said that the session duration online has increased significantly, while the number of cars sold exclusively online, without people viewing the car personally, has grown close to 38%. “So that’s someone who sees the car online, and initiates the buying process online and only comes in and collects the vehicle.”

Van der Walt said he believes this is a result of the company’s transparency, stating whether anything is wrong with the vehicle. He said that all cars are put through a thorough a ‘condition report’, which is then disclosed to any potential buyer and is reflected in the asking price.

He said the vending machine type approach to purchasing a vehicle is becoming increasingly popular in the United States and the UK. He said that if consumers arent happy with the vehicle, there are return policies in place. “That is where we want to go,” van der Walt said.

There is a big portion of consumers in South Africa who are willing to try out this type of service. “It’s certainly a channel we feel will be a prominent one in future,” he said.

Van der Walt said that WeBuyCars is more than just about the buying and selling of vehicles and that it puts consumers at the centre of what it does.

“What people don’t realise, especially in this used-vehicle space, there is a very high percentage of first-time buyers who need to be well informed – and if you are a responsible corporate citizen, you’ll take the responsibility seriously in educating those clients, and being transparent.”

He said that buying a motor vehicle is not only about an asking price, and having enough money to pay for the vehicle. There is much more to consider including maintenance, insurance and depreciation. He said that mistakes can be made along the way.

In June WeBuyCars launched a first for the South African motor market: an online car auction for consumers, amid the boom in its online sales division.

“For most consumers, buying a car is a big decision not to be made lightly,” said WeBuyCars sales director, Janson Ponting.

“At our online auction, you’re presented with all the information a dealer would have – and time to get the opinion of someone more qualified than you, if necessary.”

He said that between 300 to 400 newly acquired vehicles are made available via the WeBuyCars website daily. The auctions run seven days a week, from 13h00 to 12h00 the following day, giving potential buyers ample time to assess their chosen vehicle.

The group also affirmed its commitment to maintaining a strong brick-and-mortar presence through the purchase of the Ticketpro Dome earlier this month from the Sanlam Pension Fund. It said it and plans to use the venue as a second-hand vehicle showroom.

According to WeBuyCars, the purchase will enable the company to increase its footprint in Johannesburg and will allow the venue to serve its original purpose.

Van der Walt said WeBuyCars will turn the Dome into one of the biggest second-hand car dealerships in the world, with a storage capacity of approximately 1,500 vehicles.

The company already has vehicle supermarkets in Cape Town, Durban, Midstream, and Johannesburg, and is planning to launch an additional three supermarkets over the next 18 months in Gauteng, Western Cape, and Eastern Cape.

Will you buy a car without having viewing it or taking it for a test drive? Let us know in the comments below. Also, if you found our content informative, do like it and share it with your friends.