Insurers Are Making ‘Super-Profits’ While ‘Overcharging’ 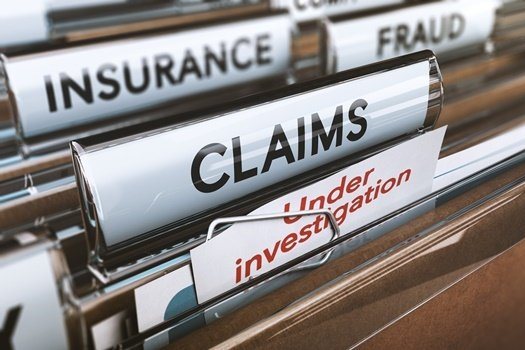 Insurers are making “Super-profits” while “overcharging” on car insurance premiums according to new research by the economic advisor to the Optimum Investment Group.

Research conducted by Roelof Botha, economic advisor to the Optimum Investment Group, showed that thanks to the swift recovery of economic activity in the country in the third quarter of 2020, industries like banks and insurers had a much better year than initially feared.

Short-term insurers, in particular, hit an all-time high on many fronts.

Botha looked at the SA Reserve Bank’s (SARB) quarterly bulletins. The latest was published in June. He also did his own number-crunching by removing reinsurers from the equation to conclude that short-term insurers were making “super-profits”.

“If you analyse the main sources of revenue for short-term insurers, you’ll notice that property insurance and vehicle insurance are the cash cows,” said Botha.

He said because of the rapid recovery in new vehicles sold after the initial slump in the second quarter of 2020, insurers have been selling more new vehicle insurance policies.

“Since the recovery in the middle of last year, there are approximately 800 new vehicles on Gauteng roads, alone, every day of the calendar year. These are not existing insurance policies for vehicles. This is new business,” said Botha.

He said as the premiums received by short-term insurers increased, the gap between that income and the claims paid keeps growing when one removes the reinsurers from the equation.

Not passing the savings to consumers

Botha said he found it “mind-boggling” many of these insurance companies gave their business interruption customers a runaround when they lodged lockdown claims given the reserves they are sitting on.

The 2020 financial statements of big insurers like Santam and Old Mutual Insure corroborate Botha’s findings that it was not a bad year as everyone feared it would be in terms of premium growth. For instance, Sanlam grew its conventional insurance gross written premiums by 5% in 2020 to R31.1 billion, and Old Mutual Insure grew by 1%. They also reported lower motor claims even though people drove more every time the government eased lockdown restrictions.

However, their 2020 results show that Covid-19 provisions severely impacted their underwriting profits and margins. These companies will update the market when they report their results for the first half of 2021 on how much of those provisions they’ve used.

While South Africa waits for these updates from insurers, Mike Gaines, chairperson of Insurance Claims Africa (ICA) questioned why insurance premiums have remained the same or increased on policy-renewal dates.

Many insurers have gone back to charging their customers the same car insurance premiums as they used to before the pandemic.

“So, the number of accidents, relative to the premium that they charge, has diminished so much. People are working from home; they’re not travelling to work. Those premiums have now almost become akin to overcharging,” said Gaines.

The industry’s representative body, the South African Insurance Association, said it could not comment immediately on this. But it will address the matter on Wednesday.

Main Image: New research by the economic advisor to the Optimum Investment Group found that short-term insurers are sitting on record reserves, mainly made up of retained profits in 2020. Image iStock

What is your view on these “Super Profits” insurance companies are making as a result of reduced risk during lockdown and people working from home? Do you think these ”Super Profits” should be re-distributed back to the clients in the form of lower monthly premiums? Let us know in the comments below. Also, if you found our content informative, do like it and share it with your friends.