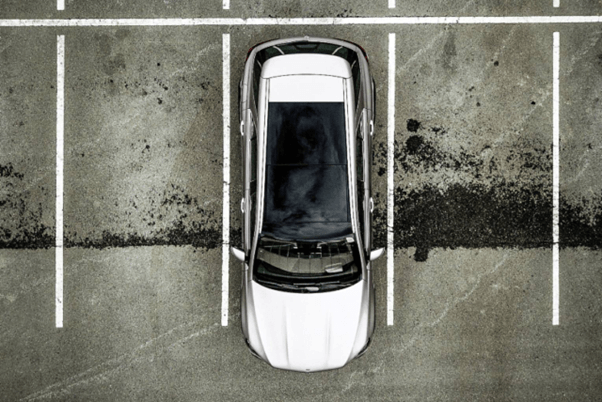 Prior to the Covid-19 outbreak, which caused an anomaly in the crime stats, annual crime data from SAPS for the period between April 2019 and March 2020 showed that as many 5,245 sedans or hatchbacks were hijacked. In Q1 of 2021, 1,839 sedans or hatchbacks were carjacked, while SUVs accounted for 239 incidents. This was up significantly from 57 SUVs in the prior period.

Bakkies were the second most hijacked vehicle type with 2,200 cases recorded between April 2019 and March 2020. The most recent data shows that in excess of 1,000 bakkies/panel vans had been carjacked inQ1 of 2021 alone.

Most carjackings took place in Gauteng, which recorded 9,025 incidents between April 2019 and March 2020, and almost three times as much as KwaZulu-Natal. 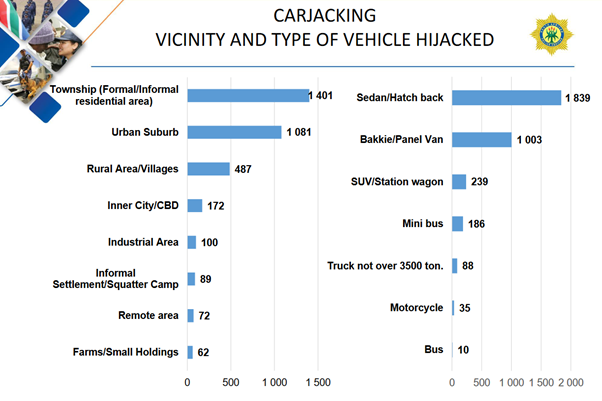 Crime statistics regarding carjacking vicinity and type of vehicle hijacked

Hijacking attributed a higher percentage of the Tracker vehicle crime activities in 2021 when compared to theft, averaging a 54/46% split.

“The slant towards hijacking is most likely an opportunistic tactic, with a noticeable increase in vehicles being targeted for their loads, particularly fast-moving consumable goods.

“Drivers carrying large amounts of cash are also being targeted. South Africans should be wary and remain vigilant, especially when returning home from shopping or when goods bought online are delivered to their homes. Hijackings are often violent, and there are instances where a hostage is taken,” said Ngcobo. 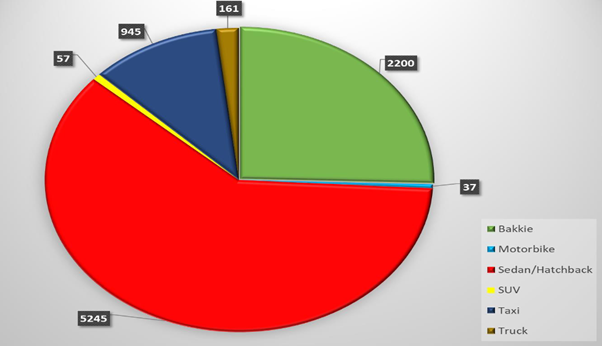 Pie chart detailing the number of hijackings by vehicle type

The following vehicles are considered ‘high-risk’ and that a tracking unit should be installed where possible:

You are most likely to be hijacked on a Wednesday, Thursday and Friday between 18h00 and 21h00, or on a Friday or Saturday night between 21:00 and midnight.

The CEO of MasterDrive, Eugene Herbert, said that drivers should always be prepared should they become a target.

“Your first defence against carjacking, is to be aware of suspicious people and situations in order to prioritise your safety. Potentially risky people or behaviour include cars or people around your driveway when you arrive home, cars driving behind you for some time, someone different or unusual at an intersection or suspicious people in parking lots. Pay attention to what is around you and if your gut instinct feels off, listen to it.”

Unfortunately, however, the possibility that you still fall victim to a carjacking is very high. “While a comparison to 2019 figures is likely more accurate, the figure could possibly still be higher due to the intense economic pressure on citizens. If you find yourself in this situation, these are the most important tips to keep in mind,” said Herbert.

A car is replaceable a life is not. Do not argue, fight or try anything dangerous to escape the situation. News stories about drivers whose ‘heroic’ actions helped them escape would be far lower if the stories of people who tried fighting, but failed, were published, he said.

“Indicate your willingness to comply. A hijack extraction course will teach you the steps to take that will indicate to a criminal that you will surrender the car,” he added. “Ensure you regularly practice getting out of a vehicle in the same way you would during a carjacking – as often as possible. Make it the normal way you exit your car so that if it had to happen, it is muscle memory and you react automatically.”

As the economy continues to struggle to recover, it is unlikely the next crime stats will improve by much, said Herbert. “Ensure no matter what the stats say, that you are constantly aware and know what to do if you come face-to-face with a carjacker.”

What is your view on the Police crime statistics regarding the vehicles targeted by hijackers in South Africa? Do you this crime prevention is successful in addressing hijacking? Let us know in the comments below. Also, if you found our content informative, do like it and share it with your friends.