The Fines And Demerit Points Under SA’s New Driving Laws 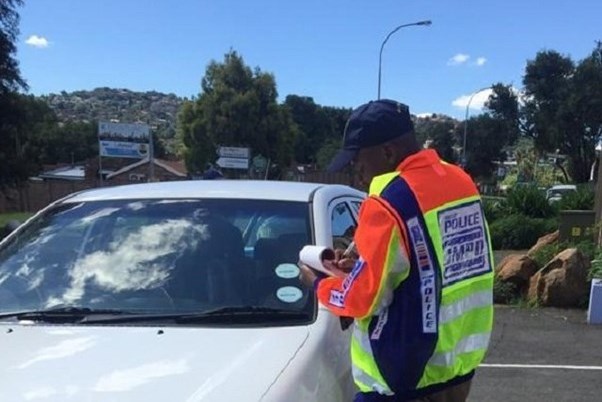 Here are the fines and demerit points you can expect under SA’s new driving laws as part of the new Administrative Adjudication of Road Traffic Offences (Aarto) system.

The Road Traffic Infringement Agency (RTIA) has provided an outline of the fines and demerit points.

The Aarto system, which is set to be fully introduced by July 2022, will penalise drivers and fleet operators guilty of traffic offences or infringements by imposing demerit points that could lead to the suspension or cancellation of licences, professional driving permits or operator cards.

Notably, the Aarto system still differentiates between infringement and criminal offences, and drivers who commit severe offences such as drunk driving will still face criminal punishment.

“Under the Aarto, a driver/operator will start with zero demerit points, and the number of the points will depend on the nature of the infringement,” said the RTIA’s Monde Mkalipi.

Both drivers and operators have a points threshold of 15, at which point their licence will be suspended. A point will be deducted every three months and driver/operators can apply for a return of licence on the expiry of suspension, he said.

While actual fine and demerit amounts have not yet been officially gazetted, Mkalipi did provide an overview of the fines and demerit points that infringing drivers are likely to receive under the new system. 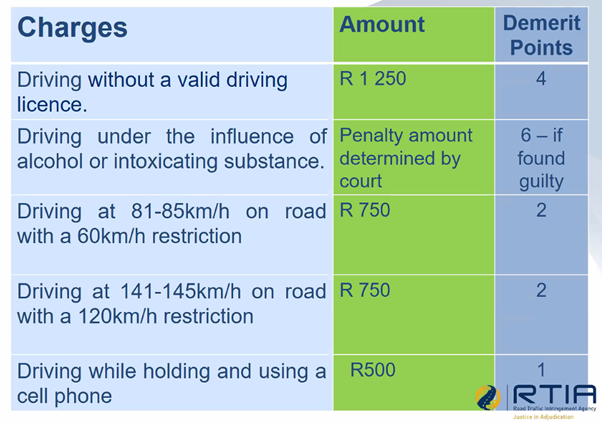 Mkalipi said that drivers/operators will be able to pay infringements in a number of ways, including at driver licence testing centres. He noted that motorists will also be able to use Pay@ facilities at popular retailers such as:

Phase 1 of the Aarto, which ran from July to September 2021, has seen the RTIA increase its national footprint by implementing seven service outlets and online services such as the Aarto website and deployment of the Aarto mobile application.

Phase 2 of the project, which is running between October and December 2021, will see the Aarto come online in 67 local and metropolitan municipal areas, the agency said.

The agency said that the project is still on track for all four phases, with the new points demerit system and driver rehabilitation programme going live on 1 July 2022.

A further breakdown of the different phases can be found below:

What is your view of the new Aarto system? Do you think it’s going to make our roads safer or just once again lead to an increase in corruption? Let us know in the comments below. Also, if you found our content informative, do like it and share it with your friends.