There Is Only One Answer To E-tolls 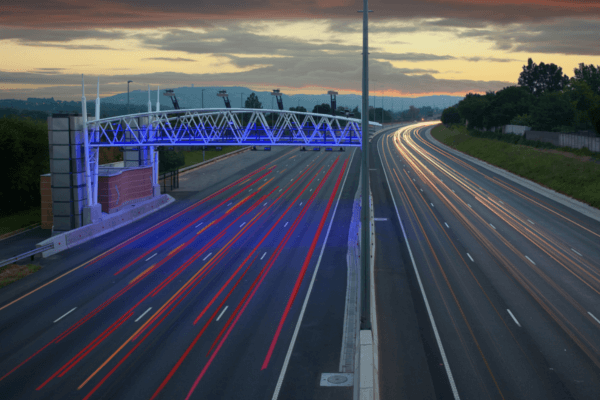 There is only one answer to e-tolls as Outa contends that the state has no other option than waiving the debt after years of motorists defying the e-toll scheme.

Godongwana reportedly told a meeting of ANC leaders this week that difficult trade-offs would be required to fund the party’s R73.5 billion wish list.

One of the financial challenges mentioned by the minister was that R4.6 billion would be needed to cover Gauteng’s unpaid e-tolls and he cautioned against forgiving this debt.

However, Outa chief executive Wayne Duvenage contends that the state has no other option but to face reality and waive this debt as uncollectable, after years of motorists defying the ‘irrational and grossly inefficient scheme’.

“The state continues to make this mistake on the e-toll debacle and must surely realise after seven years of failure that raising and clinging to unjustified debt from a defiant public is a lost cause,” he said.

In March 2019, Sanral’s board resolved to stop pursuing e-toll debt. Sanral has also halted its court challenge against Outa, which they had set out to force e-toll defaulters to pay, Duvenage said.

“Essentially, they have no enforcement mechanism available to retrieve the outstanding e-toll debt.”

Sanral has already effectively written off R17.3 billion of e-toll debt which it was forced to reflect as unrecognised revenue since the e-toll scheme began in December 2013, and has impaired a further R6.3 billion e-toll debt, Duvenage said.

Furthermore, Treasury has allocated grants of R10.8 billion to Sanral since 2016 to cover the Gauteng Freeway Improvement Project (GFIP) debt, which reflects that the state has resigned itself to having no option but to settle what was an expensive mistake, courtesy of poor judgment by Sanral at the time, he said.

Aside from the e-toll debt comment, based on what was reported, there is merit in much of minister Godongwana’s approach to other aspects which need to be tackled Duvenage said. These include:

“Since July 2019, cabinet has been promising us a solution to the e-tolls impasse, but the self-imposed deadlines repeatedly pass by. Outa calls on minister Godongwana to help resolve the cabinet’s stalemate and engage with Outa to understand alternative solutions posed.”

Duvenage said that this decision is more urgent than ever, as Sanral’s final contract extension with e-toll collections agency ETC expires on 2 December 2021. Sanral has extended this several times, although this has been legally questionable, he said.

Briefing parliament on a range of transport changes at the start of September, Transport director-general Alec Moemi said that discussions around the controversial system continue to take place, focusing now on the various financial options available.

“Honestly, this matter has been dragging for some time, and now the ball has been thrown into the Treasury’s court, and they have undertaken to revert back to us,” he said.

“The minister of finance had a meeting this week to look at the matter, and it was agreed that further studies must be done, and then (a decision will be made) once we are clear where we are in terms of all the (financial) permutations that we are looking at.”

Moemi said that the department has committed to finding a workable solution that does not ‘drown the country in debt’ but is equally sensitive to the public’s issues.

“We are working on it from that point of view. As it is, though, e-tolls remains a formal government programme, they remain legislated and gazetted, and members of society need to comply with them until a decision says differently.

“Until then, the e-tolls remain on our books.”

What is your view of the e-toll scheme? Do you think the outstanding e-toll debts must be waived or do you think it is possible to recover the e-toll debts from motorists? Let us know in the comments below. Also, if you found our content informative, do like it and share it with your friends.