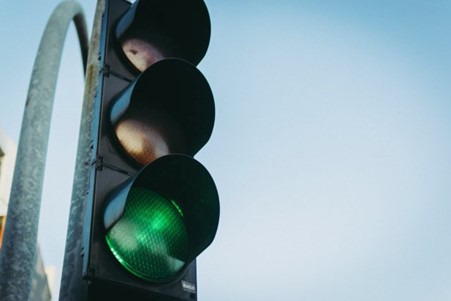 What impact will SA’s demerit point system have on your short-term insurance, what you need to know and take into consideration?

For most drivers, there can be nothing more annoying than a reckless driver that dangerously cuts in front of you, or drives facing oncoming traffic, says Wilma van der Walt, executive of customer experience and operations at PPS Short-Term Insurance.

This is the reality for drivers in South Africa’s towns and cities but that may be a thing of the past should authorities properly enforce the upcoming demerit system.

This is because one of the implications for drivers is that they could potentially lose their driver’s license for committing road traffic infringements.

Not only could this leave you, or an employee of your company, not able to drive, but it could potentially influence your short-term insurance.

With the new Administrative Adjudication of Road Traffic Offences (Aarto) Amendment Act due for implementation on 1 July, these are stark realities that individuals and employers will have to be aware of.

That is because the Aarto Act includes a demerit system whereby a person, operator or company juristic person, will not only pay a fine but will also incur demerit points when a traffic infringement is committed.

This could ultimately lead to one’s driver’s licence being suspended or cancelled or, complicate the employment of an individual hired explicitly to perform a driving function.

The concept of a demerit point system to encourage drivers to abide by traffic laws might be new to South Africa, but it is an established practice internationally. Countries such as Australia and the United Kingdom have long had such systems in force.

As much as it has not been implemented yet, South Africa’s demerit system was signed into law in September 1998 already as part of the Aarto Act, Act 46 of 1998.

How will the point system work?

Once the system is implemented drivers will start with zero points. For every infringement – which includes laws regarding the roadworthiness of a vehicle – demerit points will be allocated.

For example, the published guidelines state that if a brake light is not working on the vehicle, one demerit point will be allocated, as well as a fine of R1,000.

Some infringements can lead to up to six demerit points. The full schedule of the more than 2 500 separate charges can be viewed in the Aarto Act.

Should a driver exceed this number, their licence will be suspended for a period of three months. If you drive while your licence is suspended, you will be subject to a fine or even jail time.

The good news is that demerit points decrease by one point every three months. This means that drivers can work their way back to zero points over time.

A licence may be suspended twice, but on the third instance, the licence will be cancelled. The person will then have to apply for a new learner’s licence and driver’s licence.

Company vehicles and the Aarto Act

When it comes to a vehicle belonging to a company, the Aarto Act is clear as to how the demerit system will work.

The Act states that companies must keep an accurate record of who the driver of a vehicle is. Should a traffic infringement be recorded, the company must then ensure that the demerits accrue to the correct person, and not the person who is appointed as proxy for the vehicle.

This does mean, that even if you drive a company vehicle, you will also accrue demerit points against your driver’s licence should you incur an infringement.

Although there is no clarity as to how employers will be able to access the point status of employees, the Aarto Act is very clear in that an employer can be held responsible if it allows a person whose licence has been suspended, to operate one of its vehicles.

Concerning the roadworthiness of a vehicle, the company as the owner of the vehicle will be held responsible, and demerit points will be issued against the licence or operator disc of the vehicle.

The vehicle can therefore also accrue demerit points to the extent that it is not allowed to be operated by any person for a stipulated period of time. It is therefore important that the company (as the owner of the vehicle) and the employee (as operator) ensure that company vehicles are roadworthy at all times.

The Aarto Act and your short-term insurance

All companies offering short-term car insurance require that drivers of insured vehicles must have a valid driver’s license. The risk of a client clearly changes if a license is suspended or withdrawn and it will be the client’s responsibility to update his/her insurance accordingly.

This will mean that although short-term insurers – such as PPS Short-Term Insurance – will still insure the particular vehicle, they will not honour any accident or damage claims where a driver of that vehicle was driving while his or her driver’s license was revoked or suspended.

Given the introduction of the Aarto Act, insurers might also consider additional conditions and/or excesses should a driver exceed a certain number of demerit points.

What is your view of the new demerit system? Do you think it will improve road safety and ultimate reduce traffic accidents and deaths on our roads? Let us know in the comments below. Also, if you found our content informative, do like it and share it with your friends.