We Need To Adopt An EV Culture In SA 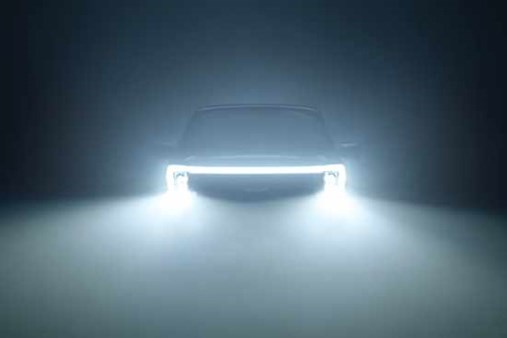 We need to adopt an EV culture in SA through changing the narrative and the way we look at technology over the long run, as there are huge benefits for the economy and the people of the country.

Ivan Reutener, a smart mobility and intelligent transport systems specialist at Royal HaskoningDHV, shares his views on EVs in SA.

JOHANNESBURG – It’s 2035 and as you head out on your way to work, breathing in crystal-clear morning air, you marvel at your electric vehicle – one of South Africa’s hundreds of thousands that have been locally produced.

This is the electric vehicle that’s not only reduced your transport running costs and made your daily commute safer, it’s also helped reduce impact on the environment and relieve pressure on the national electricity grid.

You can’t remember the time when you heard the traffic roaring past on the nearby highway, and you think fondly of your friend who has built a business repurposing second-life car batteries, and how he’s successful and employing people in a business that didn’t exist five years ago.

This is a future that’s possible if South Africa takes advantage of the Department of Trade, Industry and Competition’s ideas suggested in “The South African Road to Production of Electric Vehicles (The Roadmap)”, published for public consultation in May 2021.

The roadmap sets out a vision that could transform parts of our economy in some exciting and surprising ways, giving the country’s 15 internal combustion engine (ICE) manufacturing plants their own roadmap to a sustainable future after Europe’s phase out of ICE cars comes into effect from 2030.

If you’re wondering how a move towards electric vehicles could happen, and how they could change so much in our environment when they’re priced beyond most people’s affordability, take a moment to look beyond the “now“ and into the future:

If the parts for electric vehicles were more affordable, local manufacturers would be more likely to make them, which in turn would make them even more affordable. More job opportunities would be created, and more diverse skills learnt.

Electric vehicles don’t have ICE, which means that they have fewer moving parts, and they don’t need servicing as often. Even better, electricity is vastly less expensive than petrol, so running costs are much lower too.

If you’re worried about a consistent energy supply to charge your electric vehicle, don’t be. Battery technology continues to improve, and it’s even possible for electric vehicle batteries to lighten the load off the grid by powering homes at peak times when electricity demand is high. It’s even possible for setups like these to sell power back into the grid – if regulation allows it.

Electric vehicles include a wide range of safety technology, which means that they’re able to warn drivers of upcoming hazards or changes in road conditions. The early warnings could prevent accidents and save lives – and reduce the demand on South Africa’s Road Accident Fund too.

Laying the foundations for growing South African electric vehicle industry means that our country can benefit from these, and many other advantages, of this rapidly growing transport class.

If we don’t grab the opportunity now to amend taxation structures and adopt meaningful regulation, South Africa will miss out on growth and employment opportunities.

Furthermore, ICEs’ damaging impact on the environment will continue to grow, and car users will be buying eye wateringly expensive imported cars in 10 or 20-years, not to mention paying daunting petrol prices.

In our work with engineers, universities, and municipalities, we’re continuously looking for new ways to encourage South Africa’s move to a world beyond ICEs. If we don’t, the country is going to lag behind its counterparts worldwide even more – and its citizens will surely pay the price.

*This is an opinion piece by Ivan Reutener, a smart mobility and intelligent transport systems specialist at Royal HaskoningDHV.

Main Image: Bring it, Ford has lauched its first all-electric Lightning pick-up truck in the US.