Don’t Keep Your Customers In The Dark While Negotiating 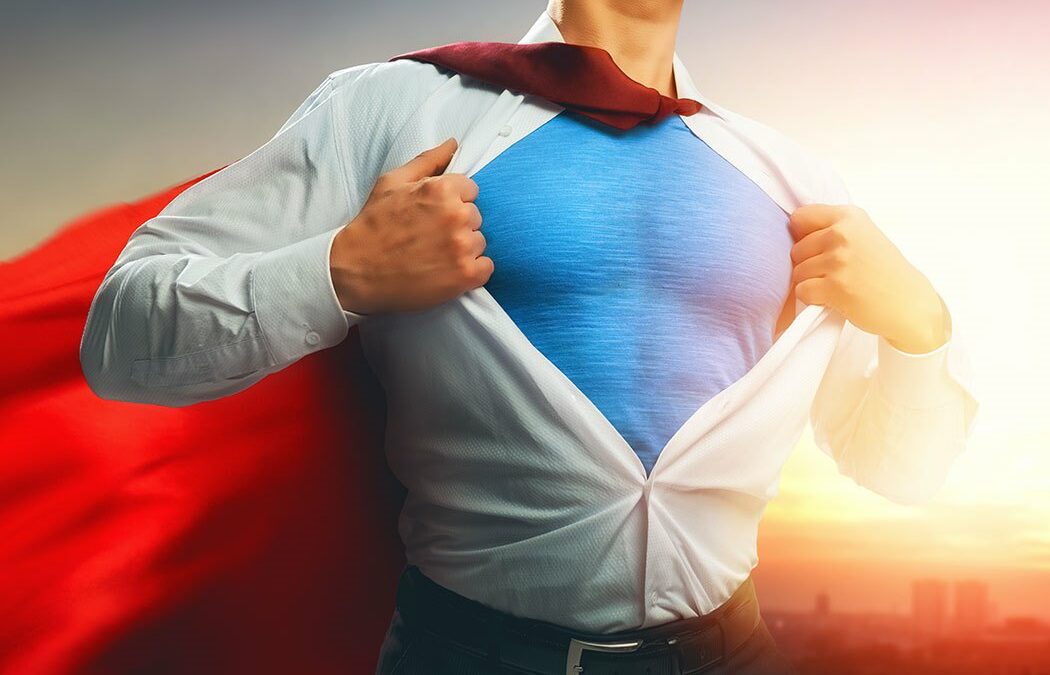 Don’t keep your customers in the dark while negotiating with insurers because consumers are all too often kept in the dark and made unaware of the ugliness of “negotiations” between repairers and insurers.

Reader question: We’re a shop that provides quality repairs and service to our customers. However, insurers are continually denying processes and materials that are necessary for a proper repair. What can we do?

The problem as I see it is the relationship between repairers and insurers. Let’s see where we are and how we got here.

For decades now, collision repairers have displayed the classic symptoms of abuse: They take a beating from insurers and then acquiesce to their requests to stay on their good side. Thus, the cycle continues, and the repairers do nothing, because they see no alternative and have come to believe this is “just how it is” and continue business as usual.

This problem stems from the fact that, for ages, body shops have been run by bodymen who started their own businesses without the business skills needed in today’s climate. As late as the early 1990s, “bodymen with businesses” could make a very good income despite having little to no formal business education. My father provided very well for me and my six siblings in our family-owned and operated body shop. He worked hard and taught us by example about honesty and integrity and in giving back, but he had no formal business education and thus relied on his own understanding of how to run a profitable business.

The bodymen with businesses have always accepted what the insurance industry has told them as fact, because they believe that insurers have regulatory oversight and couldn’t possibly do anything wrong. So, what they say and do must be right:

My dad was well-respected in our community for doing great work and being honest with everyone. He always kept his word with a wink and a handshake and always expected others to do the same. He worked hard to develop sound relationships with insurance claims people and gained their trust to the point where they always believed he would do the right thing. In return, he had faith that the insurers would do the same.

This all began to change in the late 1980s when some insurers brought in outside paid consultants and learned they could substantially improve their bottom-line profits — not merely through sales and added premiums or sound investments as in the past but by holding on to the monies they already had in their coffers … by reducing their claim payouts. This is when insurers began reducing collision repairers’ profits and increasing their own through gradually implementing practices that, over time without much pushback, became increasingly aggressive. This activity was referred to as “claim mitigation” or “cost containment.” It goes back to the old saying: The way to kill a frog is not to toss it in boiling water, because it will jump right out. Instead, you put it in cold water and slowly turn up the heat.

So, the bodymen with businesses went on with business as usual and continued to give in to insurers’ efforts to reduce their claims payments, which the bodymen perceived as “just the way it is” so as not to cause any conflicts. As profits diminished, repairers’ dependence on insurers increased to the point where most were competing and scrambling to get on direct repair programs (DRPs), often cutting their prices and cutting the throats of their local competitors to do it. Those who missed out stood in line, anxiously waiting to get on the DRPs … which forced repairers on the programs to do whatever it took to not be removed from them. Meanwhile, this encouraged the shops in line to reduce their pricing, either to meet or even best their DRP competitors or even worse.

Because of their success in getting droves of repairers involved in their DRP programs, insurers began using the term “prevailing competitive pricing,” which was based on the reduced rates and allowances they were able to establish through their DRP programs — regardless of whether or not the shop was a participant.
Insurers told non-participating shops that because other shops could do the work at lower labor rates and parts and material costs, that is all they owed to pay, even though the other shops weren’t enjoying the benefits of volume direct referral work from them.

When you step back and look at it from a distance, the whole situation I just described makes little sense, yet repairers across the nation complied. In hindsight, it appears no different than a sucker being conned by a con artist. The problem is that it’s still going on today and getting worse due to consolidators, who are seeking a presence in every major metropolitan area across the nation.

What the non-participating repairers did that caused them the most harm was to shield their customers (the vehicle owners) from seeing and experiencing what was taking place … and many still are!

The bodymen with businesses didn’t want their customers exposed to the goings-on between the insurance claims person and the shop because it was ugly and nasty. They wanted to provide the best and easiest experience to the consumer and did not want to make the experience any worse for them because they were already going through a difficult time with the loss. So, the bodymen with businesses put on their shirts with the big red “S” and their capes and went toe-to-toe with the claims adjusters to get their customers all that was needed to perform a proper and thorough repair. And when they got all they could get, they then would either subsidize the repair by providing, at no charge, what the insurer would not provide for or performing the repair with what they believed was necessary, including taking shortcuts and using lesser-quality parts and materials to make ends meet — unbeknownst to their customers. This is why I often state that there are “many honest and ethical repairers doing dishonest and unethical things in the name of survival.” 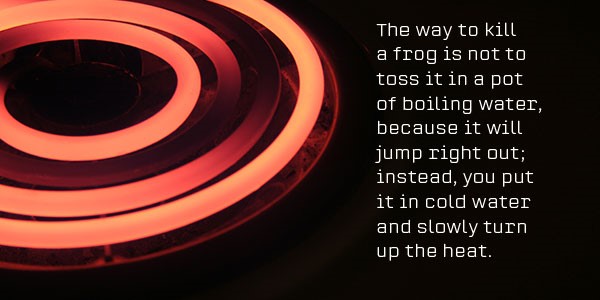 When the vehicle was done and the customer came in, all was good just as the body shop had promised and the customer was never made aware of the battle that took place between the repairer and the insurer. The customer left totally happy with the insurer, and the shop was there should a problem with the repair arise. Except … when the customer first came in for an estimate, the repairer wrote $4,500 to make the proper repairs with quality parts and materials, and, when the job was done, the actual bill was only $3,200. The customer left happy, only to say to him- or herself halfway home, “Wait! The shop was going to charge me $4,500, but after the insurer got involved, the final cost was only $3,200. The shop tried to rip me off! It’s a good thing the Good Neighbor was there to keep the shop honest. I don’t think I’ll ever refer that shop to others.” Of course, the repairer would never know this and go on thinking that it earned another happy customer and his or her referrals.

This would have played out much differently — and much better for the repairer and their customer — if the repairer had involved the customer throughout the repair and kept him or her informed of the insurer’s efforts to use lesser quality parts and/or refusal to pay for necessary procedures and materials. At the very least, the customer would then know why the final price differed from the shop’s original estimate.

This scenario plays out daily across the country, simply because repairers feel they’re doing customers a service by protecting them from being exposed to the dark side of the claims/repair process. Repairers think to themselves, “After all, the customer has been in an accident; why make the situation worse for them?” However, the reality is that the repairer is doing customers a disservice by not allowing them to be involved and having a say as to how their vehicles will be repaired.

Another aspect to this is the bodymen with a business choosing to merely “go along to get along” in fear of upsetting the insurance claims person and being retaliated against via steering or contentious future relations. The insurer, on the other hand, takes the monies it was able to save through underpayments and invests them in advertising, telling consumers how wonderful it is and how warm and fuzzy it can make its policyholders … and the beat goes on.

While sound relationships between repairers and insurer claims people once existed decades ago, both industries have since grown apart, and now bodymen with businesses have to continually fight to get paid fairly, and insurers are continually trying to retain monies they should have paid out for proper and thorough repairs … while consumers are all too often kept in the dark and made unaware of the ugliness of “negotiations” between the repairer and the insurer and the effects these may have on them.

The simple fact is, those who conduct business in this manner are doing significant harm both to the collision repair industry and consumers they serve by not involving the vehicle owners in the so-called “negotiation” between the insurer and repairer; after all, it is the customers’ vehicles, financial investments as well as their families’ personal safety and economic well-being at stake.

It’s important to remember that, in negotiations between the repairer and the insurer, it is the consumer’s rights and monies which are being negotiated — and all too often, negotiated away!

Auto Damage Experts’ clients have learned the many distinct benefits of involving their customers in the process of claims negotiations for their repair. These repairers have also benefited from the lessening of potential liabilities and increased profitability and have earned their customers’ lifelong referrals of friends, family and colleagues due to the trust and confidence they’ve earned from their customers.

So, the simple answer to your question is: Involve your customer. If the insurer deviates from your professional and expert opinion, tell on them! Ask your customers for direction on how they would like their repairs performed. This process is something any quality-oriented repairer can and should learn to do.

What is your view regarding the ongoing challenges body shops face when negotiating with insurers to get the client’s vehicle back to the original OEM specification? Let us know in the comments below. Also, if you found our content informative, do like it and share it with your friends.