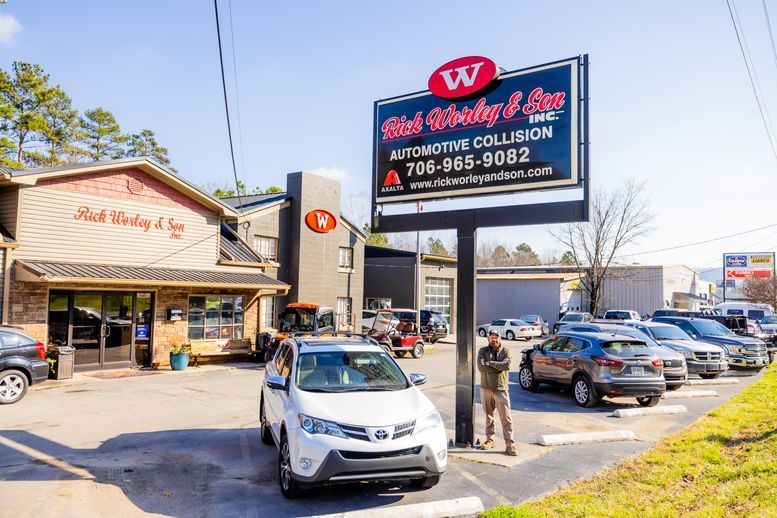 Shopfront appeal is not just a nice to have but is becoming a necessity to create a shop that would not only sustain the business’ growth but also entice new customers to entrust their vehicles to the business for repairs.

Like many of you, Rick Worley grew up in the collision repair of yesteryear. That is to say, an industry where the work was plentiful, the cars were less technologically advanced and curb appeal? Well, it wasn’t exactly on the forefront of many shop owners’ minds.

But that was then.

And the industry of today is one where customer satisfaction is not only a necessity, it’s a demand, quite frankly. So when Worley realized that his small facility behind his house was no longer cutting it, he embarked on a journey to create a shop that would not only sustain his business’ growth, but also entice new customers to trust their vehicles to his team.

Worley grew up in his father’s shop until he set off on his own at 22. He credits his father as his biggest mentor and the person he’s learned the most from, but also acknowledges that the two had different leadership styles.

“I was more in charge of my vision,” Worley says. “My dad had been in it so long that he wasn’t keeping up with the industry standards, the equipment and stuff. …  Staying on top of the industry is a big must; if you want to stay in this industry, you have to commit to that.”

Worley steadily grew his business in a small 6,000-square-foot shop behind his house, doing quality work for the community but not growing at a quick clip. However, when a tornado ripped through the community in 2011 (somehow sparing his shop), the influx of damaged cars and work suddenly put his shop on the map. Business took off after that, Worley says, and it hasn’t slowed down since then. And that’s when his small shop, literally and figuratively, began to pose a problem.

Worley was in a self-admitted panic; his team was quickly outgrowing the facility, but the growth (he was now at $1 million in annual revenue) also coincided with a time when the industry—and what customers wanted—was changing.

“They were kind of wanting more of an out-front facility, with a nice facade, nice waiting areas and bathrooms,” he says. “I always enjoyed reading the magazines and I would get emails and I noticed body shops in the Midwest that they looked more like a home. … When I started seeing these body shops and they were so beautiful, I thought right then, that’s a big change.

“I noticed the shops being featured were saying how the insurance companies loved their lobbies and we never had that growing up. The lobby was, “you wait in your car” or, “here’s a bench out here.”

Worley always tries to stay one step ahead in his business; he constantly looks ahead to see new trends coming down the pike or opportunities he might be able to take advantage of. But he realized that, in this case, he was stuck quite literally behind his house.

“I’m not even visual and I’m starting to grow. Things are really starting to mature. I started noticing the fruits of my labor,” he says. “I thought, ‘But I’m behind my house!’”

This is where Worley readily admits that the old saying of, “luck is what happens when preparation meets opportunity.” A piece of property directly across the street from his house came up for sale. Originally, Worley just needed extra warehouse space, so he rented limited space from the owner. Over the course of a year, he continued to grow and rented more space, tearing down a wall to create a paint shop. Then another wall came down to add a detail bay.

“I’d rent that section until finally I had the whole place rented and the owner was getting very anxious to sell,” Worley says. “I was scared of it. I thought, ‘I’m just going to stay small; that’s too much.’”

But Worley saw that, as car count rose, it was becoming increasingly unproductive to constantly move cars back and forth between the two facilities. Throughout that year of renting, he also realized that the property’s quirks could be a big asset. Namely, the building was an actual house. The front of it was where the owners lived, so it had a full-blown kitchen, a living room, dining room, etc. Even the exterior looked like a house, with shingles, brick and shutters on the windows. Coupled with it residing next to one of the busiest intersections in the county on a heavily traveled highway, and Worley realized this was the answer to his lack of curb appeal. 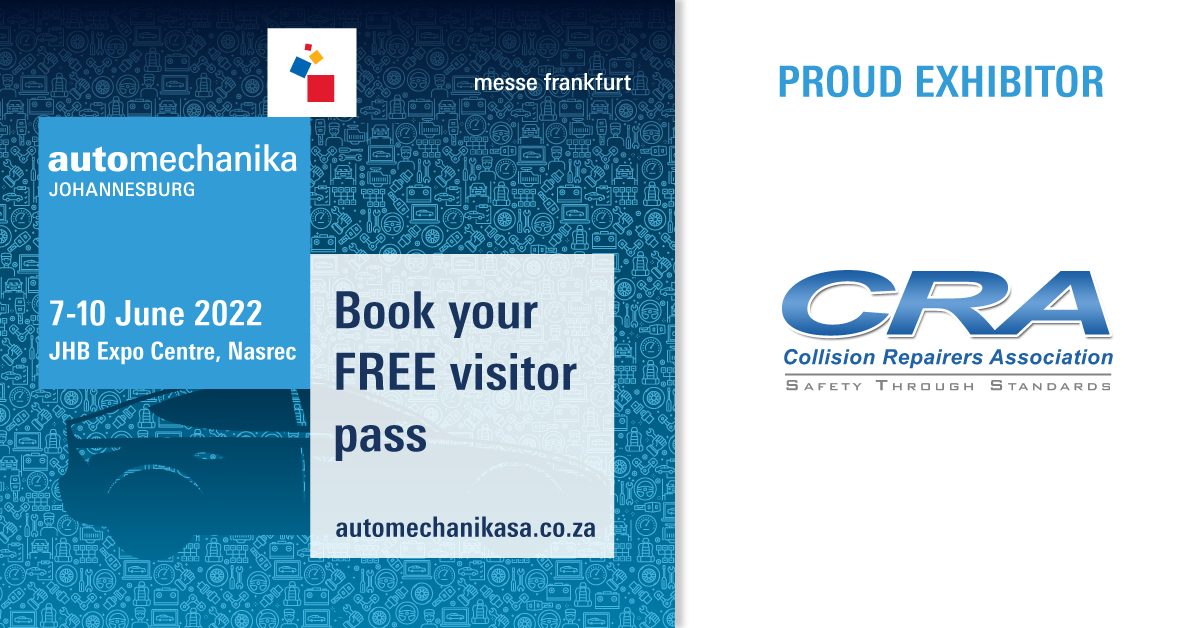 He bought the property for $350,000 and began the slow process of converting it to a body shop.

They turned the front of the building (the former residence) into offices, a conference room, kitchen and lobby. In the back, they built a new parts department and stock room. Out front, he commissioned the creation of a big sign and another on the actual building, as well as an Enterprise sign.

“I’m big on brand association. Get yourself associated with a household name,” he says. “We’ve got one of their lit up signs on our building at night and [customers] see a commercial and they think, ‘Hey, they’re with them.’”

Worley and his team did all the work themselves, getting many of their ideas right from the pages of FenderBender. Worley cites a feature of a Colorado shop that similarly looked like a home, from which he took considerable inspiration.

“Normally the trends start on the West Coast and I had not seen anything like that back in our area, so that played a factor in my planning of how I wanted it to look,” he says.

Worley paid for all of these upgrades and renovations out of pocket, and he’s adamant about doing so. He reserves borrowing power for equipment, and prefers to make facility upgrades out of his own pocket, over time, as capital becomes available.

“I will risk what I can afford to lose. Several different things come into play when making those kinds of decisions. Can I afford to put it off for a minute? Can I afford to just go borrow a ton of money and dump it out and be deep in debt?” he says. “It hasn’t been an easy process; I’ve had to change my ways and my patience. I’m not a very patient person and I had to learn patience, to be able to do it and feel safe about doing it.”

Worley’s patience and sharp business acumen paid off; he says the change in location and philosophy “totally changed the face of our business.” In 2011, the shop was at the $1 million mark in annual revenue and has grown every year since, now at $3 million with 18 employees pumping out 80-100 cars per month in 20,000 square feet.

Even during COVID, he expanded his customers base within a 50- to 60-mile radius and reaped the benefits.

The business has grown so much that he’s effectively run out of room on the property, so his focus now is on growing productively and ensuring his team’s working at capacity.

“I don’t want to suppress growth,” he says, “as long as we can handle it and find ways to be more productive.”

The value of the property has also increased tremendously. He recently had it appraised and it was appraised for over $1 million, compared to the $350,000 for which he purchased it.

Worley says that, in today’s industry, it’s a necessity to have a building with curb appeal and that entices customers. However, he cautions fellow shop owners from undertaking too much at once.

“I do business on the edge,” he says. “I’ve taken a lot of risks. But they’re actually financially calculated risks.”

Worley thinks of his decision-making as a lay-up, to borrow a golf term; you might be able to afford to make that bad shot, but you have to make that up somewhere else. He treats business the same way. If he makes a financial risk in one area, he tries to make it up in another. That’s why he feels it’s so important for shop owners to pay attention to industry news, read and stay on top of the biggest trends. It helps sharpen your decision-making and he says it’s largely the reason his risks have been successful.

Do you think a professional shopfront is a nice to have or a necessity for a collision repair business today? Do you think an appealing shopfront translate into business profitability?  Let us know in the comments below. Also, if you found our content informative, do like it and share it with your friends.