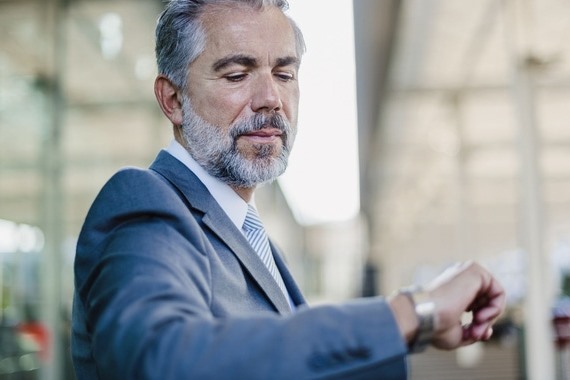 Have you ever wondered how certain people could run a business, spend time with their family, hit the conference circuit and write a book? It’s not because they have superpowers. These people have learned the time management hacks that successful people practice daily.

Their success is because they know and have worked to manage their time. What better way to improve your time management than by learning the hacks from some of the most successful people in the world?

After studying the schedules of various high achievers, author Laura Vanderkam found a common thread; they have a morning routine.

While these morning routines vary, they usually wake-up early, exercise, read the news, eat a healthy breakfast, and tackle their most challenging task first.

“While I’m known for being predictably unpredictable – I’m always up for an adventure and love a calculated risk – I do, however, have a morning and nightly routine,” writes Richard Branson. “I find structure to start and finish the day helps me to focus, and achieve the things I need to.”

In “The Ultimate Guide to Time Management,” life and business strategist and best-selling author Tony Robbins suggests you treat your time the same way as you take care of your money. It’s a finite resource that must be conserved. How? By eliminating waste.

Robbins recommends converting wasted time into productive time. You can make your time more effective by repurposing time-management dead zones. If you enjoy reading, but don’t have the time, then read during your morning commute or when in a waiting room. Or, you could listen to audiobooks. I’ve recently tried out Blinkist where you only can listen to the key takeaways of a book in 15-minutes.

“I have little note cards in my closet, in my basement,” says serial entrepreneur, investor, and host of “The Profit” Marcus Lemonis. “I’ll make a list of the five things I want to get done that day.”

“Without exception, I have to get those five things done,” adds Lemonis.

In other words, those items on the notecards are a promise he must keep for himself. And, because he writes these cards in the morning, it’s an excellent way to kick off your day on the right foot.

At the end of the Lemonis literally does something physical with these cards — and sends them soaring. “The cards make really cool paper airplanes.”

Mark Cuban has famously said, “The only way you’re going to get me for a meeting is if you’re writing me a check.” Elon Musk, in a company-wide Tesla email, asked employees to forgo excessive meetings because they’re a “blight” on large companies. Oprah Winfrey avoids them unless absolutely necessary.

Why are Cuban, Musk, and Oprah so anti-meeting?

Meetings are serious productivity killers that prevent you from completing your work. Research from Harvard Business School and Boston University backs this up as well.

Instead, Cuban and Winfrey prefer detailed emails — Slack works just as well for us. However, when you must schedule a meeting, keep the headcount like, have a strict agenda, and keep them as short as possible.

It used to feel like email was sucking-up most of my day. Because of this, I became obsessed with the idea of “inbox zero.”

Even with tools like SaneBox, shortening my messages, and simply limiting myself to responding, deleting and archiving, email was still time-consuming. Then I followed an email management technique named Yesterbox.

Coined by Tony Hsieh, the premise is that you don’t try to tackle your inbox at once. Instead, you only respond to a list of messages from the day before. Unless urgent, the rule is that you never respond to any of the emails you received today.

You’re probably tempted to book every minute of your calendar. However, Warren Buffett and Bill Gates beg to differ.

Both men have said that the secret to their success and time management is filling their calendars with plenty of blank spaces. Adding a few “vacancies” lends flexibility to schedules to handle any unforeseen circumstances that may arise. More importantly, it gives a person the time to focus on their passions and control their time. As Buffett said, “I mean, I can buy anything I want, basically, but I can’t buy time.”

As the day goes on, the quality of your decisions deteriorates. That’s why successful people are known for reducing the number of decisions that they make in a day. As a result, they shave-off a couple of minutes from unproductive tasks. What’s more, they have more mental space throughout the day.

Former President Barack Obama achieved this by limiting his outfits. “You’ll see I wear only gray or blue suits. I’m trying to pare down decisions. I don’t want to make decisions about what I’m eating or wearing. Because I have too many other decisions to make.”

Nick Taranto, the co-founder of Plated, used to wear only shoes without laces. Richard Branson has said, “If you really want to grow as an entrepreneur, you’ve got to learn to delegate.” And, Randi Zuckerberg, founder of Zuckerberg Media, uses an app that allows you to do anything with the touch of a button.

“I have an estimated number of minutes for all tasks and have written software to record when I begin and end each item. Each day, I challenge myself to hit an efficiency goal: the number of actual minutes divided by expected minutes. The best part of playing a game by myself is that I have every spot on the leaderboard.”

I know that as an entrepreneur you want to do everything by yourself. But, this isn’t just stressful. It’s also incredibly time-consuming.

“Other human beings are the way I scale time efficiency,” says Gary Vaynerchuk, CEO of VaynerMedia. Having others fill in doing the tasks that must be done has allowed him to focus on his professional and personal priorities.”I have two assistants. I have somebody who follows me around and films me. I have a full-time health coach, which means he’s overseeing my nutrition and working out. He’s 100 percent on my schedule.”

He’s even considering hiring a full-time driver instead of waiting for a ride as his time becomes more valuable.

If you’re commuting to work, then you already know how much this eats into your time. One solution is working from home occasionally. But, what about the days you still have to head into the office?

Oath CEO Tim Armstrong solves this time-waster by varying his commute times. “I either leave really, really early in the morning, or I’ll leave after the commute starts, or I’ll stay at work a little bit later until commuting hours die down a little bit.”

This “allows me to essentially have more quality time overall, and even when I don’t have quality time, if I get caught in commute, I tend to do a lot of learning and some of that thinking time during that. So I have a lot of productive time, either avoiding the commute or if I’m in the commute, making sure I use that time in a really valuable way.”

Brace yourself. This is gonna sound bonkers. But, some successful and productive people can be lazy. I personally am a bit lazy. I use this to my advantage. Being a semi-procrastinator has taught me the quickest ways to do the hardest things in life. Everything from optimizing writing blog posts to finding the quickest route on my way home from work so I’m not late to pick up the kiddo.

I’m not saying to be lazy or to procrastinate everything. If you don’t try new ways to do things, you won’t improve yourself to your fullest ability.

12. Don’t get distracted by your ego.

Speaking engagements and interviews are excellent ways to spread brand awareness and showcase your expertise. But, when they’re benefiting your company by helping you reach goals, they’re time-consuming distractions.

Take, for example, Lee Iacocca. He was a great entrepreneur who took Chrysler from near-bankruptcy to outperforming the market nearly three to one. However, the CEO got distracted. He spent most of his time appearing on late-night talk shows and doing commercials. He even toyed around with running for president.

Guess what happened next? Chrysler fell behind its competitors.

What is your view on time management? Do you think these time management hacks can make a difference in your life, freeing up valuable time? Let us know in the comments below. Also, if you found our content informative, do like it and share it with your friends.