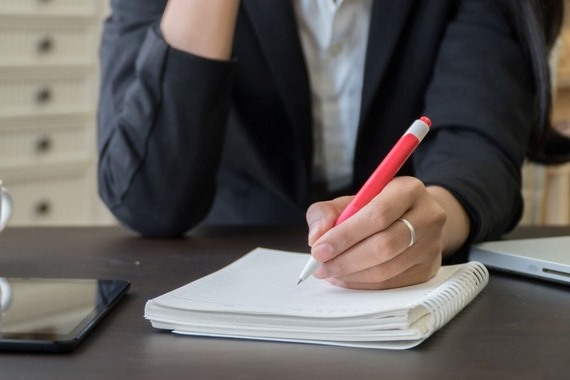 Here we share 6 ways top CEOs beat procrastination because humans tend to procrastinate as our minds naturally like to be in a relaxed state.

Sometimes it’s hard to get going, or we have trouble focusing and find ourselves putting off an unpleasant or difficult task for as long as possible.

But procrastination causes anxiety and additional stress — especially if we’re in a rush when we finally get around to doing the task. Your proclivity to procrastinate will do you no favors if you’re scrambling to meet deadlines or handing in subpar work.

Successful people are just like the rest of us — there are times when they drag their feet and avoid work. But they have learned ways to push past their lack of momentum to get the ball rolling. So take a lesson from how these top executives and CEOs beat procrastination and start immediately working to your full potential.

1. They tailor their to-do lists.

Keeping a list of the day’s goals is a tried-and-true method many CEOs use to keep themselves on track and fend off procrastination. Many business leaders stick with a low-tech pen-and-paper list. Before they go home for the night, they write out their top “to dos” so it’s ready and waiting for them in the morning.

Alex Cavoulacos, co-founder and COO of The Muse, uses the 1-3-5 rule when putting together her daily list of things to accomplish. It works like this: on any given day, set nine goals for yourself: one big-ticket project to tackle, three medium tasks and five small things. Narrow down your to-do list to just those things. Using this method, you have to prioritize your tasks to the things that matter most. It also forces you to set reasonable expectations for the day. This keeps you from feeling overwhelmed by an endless list, and also helps keep you focused on just those items.

Twitter CEO Jack Dorsey believes one of the best tips for staying productive and avoiding procrastination is to keep a “won’t-do” list. Every morning he writes a checklist of things he plans to do and things he won’t do, but plans to do in the future. As he finishes his “to-do” tasks, he’ll move up his “won’t-do” items to his “to-do” list.

Sometimes the simplest strategies work best. One way to beat procrastination is to make it easy to get started on a task. This is what James Clear calls the “two-minute rule.” The rule has two parts.

First, if something takes less than two minutes, do it now. So, instead of putting off little things like sending that email, just do it right away. Next, start building new habits two minutes at a time. The rule for this is: When you start a new habit, it should take less than two minutes to do. The idea is to make your habits as easy to start as possible. What you’re really doing is learning how to show up and perform a task that’s part of a larger routine.

Think of these “two-minute habits” as gateway habits that will lead to your overarching goal. For instance, if your goal is to run a marathon, your gateway habit might be to walk for two minutes. By starting small, you ritualize the habit from the beginning, so it becomes a natural part of your day. Once you have instilled a habit, you can build on it.

3. They complete tasks in batches.

Stop trying to bite off more than you can chew, and stop breaking your work up into tiny chunks. Instead, try putting tasks into batches and schedule your day around completing each bundle of work. It takes time to get into a rhythm to work on a task. Instead of constantly starting and stopping that process, it’s better to keep your rhythm going by bundling similar tasks together.

Tim Ferriss, author of the international best-seller The 4-Hour Work Week, has a daily routine where he focuses on one thing at a time and his tasks are batched together. First, he gets up and immediately starts working on writing, avoiding anything related to the internet or email. Then, he’ll spend his afternoon batching all of the phone calls he needs to make or return.

By doing this, he avoids interruptions and prevents himself from procrastinating. He also keeps his threshold for what he wants to accomplish relatively low each day. According to Ferriss, by giving yourself a low “quota” for the day, you feel successful and are encouraged to keep going.

4. They set a short timeframe.

If you’re willing to dedicate just five minutes to launch into an important task, you’ll find you get the ball rolling and will turn from procrastinator to achiever. Successful CEOs use the “five-minute rule” (or something similar) to get past their fear of launching into something important or to simply to stop stalling.

“If you don’t want to do something, make a deal with yourself to do at least five minutes of it,” says Instagram co-founder Kevin Systrom. “After five minutes, you’ll end up doing the whole thing.”

Five minutes seems like such a small amount of time that many of us don’t bother trying to use this time wisely. But getting started on something, even for just a few minutes, helps us break down big goals into baby steps. Doing this will activate something called the Zeigarnik Effect, which is the tendency to have intrusive thoughts about something you have left incomplete. If you start working on something, but fail to finish, you will find it keeps popping into your mind. The urge to complete the task can be a strong motivation to finish that goal.

5. They end with the beginning in mind.

Most of us keep chugging along on a project until it’s either time to stop for the day or we run out of ideas and aren’t sure what to do next. When we quit in a limbo state like this, we set ourselves up to procrastinate the next day. Instead of just randomly quitting a task, make sure you leave off at a place that will inspire you to get going next time you’re ready to pick it up. Todd Henry, founder of the Accidental Creative, uses this method with amazing results. Here’s how it works:

“Whenever I’m working on a long-arc project, I always end every work session knowing where I’ll pick up the next day,” Henry says. “I don’t procrastinate because I want to avoid the work, I often do it because I’m uncertain of the right next step. This tactic keeps me from getting stuck.”

One benefit of embracing procrastination is that it creates artificial pressure that trains you to deal with real pressure during your career. Procrastinators have to learn to prioritize. They pick apart a problem and find its most important parts. But perhaps the biggest kicker, according to Whittaker, is that procrastination saves time.

Because you’re doing everything at the last minute, there’s no time to forget anything or re-study anything. Your knowledge is fresh and the pressure is on, so you’ll complete the task faster than you would have if you had done it earlier.