Automakers’ ADAS Systems To Be Compared With Tesla 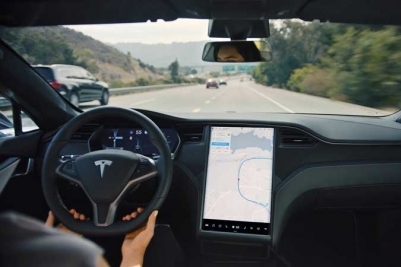 Written by David A. Wood, CarComplaints.com

12 Automakers’ level 2 ADAS systems to be compared with Tesla Autopilot as part of an investigation opened by the National Highway Traffic Safety Administration (NHTSA).

NHTSA opened a federal investigation into more than 700,000 Tesla vehicles in August after several crashes that allegedly occurred when Autopilot was engaged.

Safety regulators say they want to figure out why at least 12 crashes have been reported after Tesla vehicles crashed into emergency vehicles such as firetrucks and police cars.

NHTSA sent letters to 12 automakers to gather information about any of their vehicles that have the ability to control steering, braking and accelerating simultaneously under some circumstances.

The government calls this a Level 2 ADAS, which still requires a human driver to remain completely engaged with the task of driving, something some Tesla drivers seem to ignore.

NHTSA asked the automakers to provide details about how their Level 2 systems operate, including any “environmental, geographical and time-of-day restrictions, and/or the requisite presence or absence of certain traffic or roadway characteristics.”

NHTSA also wants all the automakers to provide details about crash incidents that occurred when the advanced driver assistance systems were activated at any time for a period beginning 30 seconds before a crash.

Do you think that ADAS systems are safe enough at this stage of the technology process to be allowed to drive a vehicle unsupervised? Would you feel comfortable to engage the ADAS system in a vehicle without actually being in control of the vehicle? Let us know in the comments below. Also, if you found our content informative, do like it and share it with your friends.