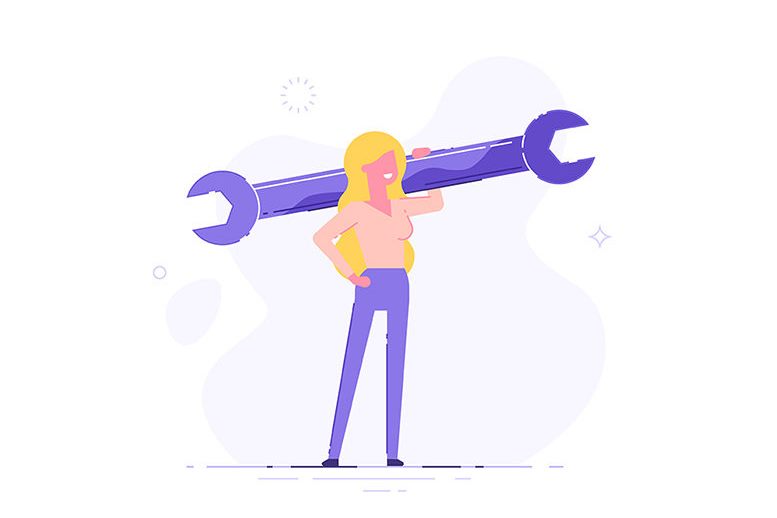 As the video chat link goes live, it becomes unclear from where Michelle Corson is speaking.

Corson, CEO of On The Road Garage, a collision repair facility in Irving, Texas, could be on a private jet, inside the Space Shuttle, or on the set of a 1990s rap video.

Instead, as she explains, she’s inside her body shop, inside a former paint booth.

As Corson pivots to show off the converted office space, still unexpected but making better sense now, she details a couple cars parked inside it: the first Toyota Corolla manufactured in the U.S, Serial No. 1, alongside a 1962 Toyopet of the same make.

On The Road Garage opened in July last year, with a Dallas location currently under construction.

While some collision repair shop owners are cagey about their future plans, Corson is not. Backed by a $109 million bond issue for expansion, she says in the coming years there are an additional 20 On The Road Garage locations planned for around the U.S.

In these days of private equity–backed collision repair, that might be all that needs to be said about a flashy new MSO, though that’s just not the case when it comes to Corson and what she plans to do—her story is more unexpected than that.

On The Road Garage became a member of CIECA in late May, with the organization describing the shop as “a tech-focused collision repair business that focuses on electromechanical repair and calibration services for both conventional and electric vehicles, while protecting the environment.”

Beyond that in-shop work, On The Road Garage, alongside sister company On the Road Lending, is part of the Vehicle Identity Working Group for the Mobility Open Blockchain Initiative, which is the industry’s first standard incorporating blockchain technology into a digital vehicle identification system.

If Corson’s name isn’t familiar, that’s because it shouldn’t be—she says she spent the bulk of her career in finance and commercial real estate.

She describes herself as a developer by background, someone who, “buys the land and puts property on it.”

A decade ago she shifted gears, founding Champion Impact Capitol, a nonprofit aimed at making investments in social enterprises. A couple years later came On the Road Lending, another nonprofit, aimed at helping people with low incomes find reliable vehicles.

With that foundation laid and lifelong love of cars—Corson notes she was even once married to a used car salesman—it was five years ago upon meeting former Service King CEO Cathy Bonner when Corson says she decided to get into collision repair.

“[Cathy] started telling me about the collision business and I was like, ‘I love that, I want that,’” she says, noting Bonner later came out of retirement to come on as On The Road Garage’s chief strategy officer.

Despite the nonprofit lending organization with which it shares a name, Corson says On the Road Repair is a for-profit business, but with a twist: the current body shop and the planned locations are committed to training the next generation of collision repairers.

Getting More Women Into the Industry

Go through the org chart at ontheroadgarage.com and something jumps out: not only is the body shop woman-owned, it’s largely operated by women, too.

“Some of it’s by design, probably a fair amount is by accident,” On The Road Garage CEO Michelle Corson says of the makeup of her company.

Of the leadership positions featured on the site, eight of ten are held by women.

“Because it’s a great business … and secondly, because we need more talented people in this business,” she says, arguing the industry should no longer ignore half the population.

The 25-year-old, 25,000-square-foot former body shop space Corson took over came with two paint booths—the one was repurposed into an office, the other became a dedicated training room.

The booths were replaced with brand new Blowtherms, complete with glass walls (better for training purposes).

She says her and her shop’s commitment to training and education comes from two places.

The first, Corson says, is her years of working with people who have low to moderate incomes and recognizing that the mindset of the last 40 years, that you need a college degree to find financial stability, just isn’t true.

The second is entirely industry focused: the technician shortage.

“It’s a huge issue for the industry,” Corson says. “We’ve got a real aging-out problem—a lot of people who have been in this business have gotten older and we haven’t built up the pipeline of skilled labor.”

She says it does no good for the Calibers and Service Kings to continue to poach people from each other. “We need to get new people into this industry.”

Training aside, that’s not to say On The Road Garage won’t be competing.

Corson says the shop will offer paid, full-benefits apprenticeships with master techs and other skilled workers and DRP repairs; it will teach trainees about life skills and finance, alongside a commitment to repairing smart car technology.

“We’re kind of in a unique space within the industry,” she says. “We are not a school; we’re a commercial business in this industry.”

From Apprentice to Owner

Though collision repair shops typically tap local high schools and technical colleges for new talent, On The Road Garage casts a wider net, according to its CEO, Michelle Corson.

With a commitment to training the next generation of technicians baked right into its business plan, the shop is involved with five U.S. Department of Labor apprenticeship programs, Corson says.

The shop is also under the umbrella of On the Road Companies, which is made up of eight businesses, two of which are social-minded nonprofits. Corson says the work of the other businesses within the group can help identify potential apprentices.

Should one of those apprentices graduate from the program and decide they want to open their own shop, Corson says On the Road Sustainability Funds, another of the On the Road Companies, may consider to offer financing help.

On The Road Garage repurposed more than the paint booths.

Corson shows off old car parts that came with the building, painted and up on the wall of the shop’s lobby as an art display. Grates from those old paint booths were welded into parts cages.

New touches include the building’s exterior, painted “On the Road Red,” Corson says, adding that the body of a Toyota Corolla, manufactured at the OE’s Mississippi plant, has been obtained and is going to be installed on the facade of the Dallas shop.

“Everybody who comes in says, ‘I have never seen a body shop like this,’” she says.

While her business is novel in a number of ways—Corson says awareness of it is growing—she says it’s poised, with its planned growth, to take on a much higher profile.

“I very much expect this company is going to get large and people are going to notice what we’re doing,” she says.

On the Road Companies is eight businesses—including On the Road Motors, a dealership in Texas—with Champion Impact Capital and on the Road Lending operating in the nonprofit space. The rest are for profit companies.

“We straddle the gray space in between,” she says, explaining where she’s coming from with her work and how she’s comfortable being on both sides.

“I’m 56 and I’ve been very blessed in my life with the work that I’ve done—it’s brought me a lot of opportunity,” Corson says. “My husband says I’m the do-gooder in the family. I’m not, I’m a capitalist. You don’t have to give up one for the other.”

So, yes, On The Road Garage is more than the flashy new MSO. Corson offers her own takeaway.

“Yes, we’re competition,” she says, “but we’re friendly competition because we really want to solve a problem for the industry.”

“When you see us coming into your market—don’t panic.”