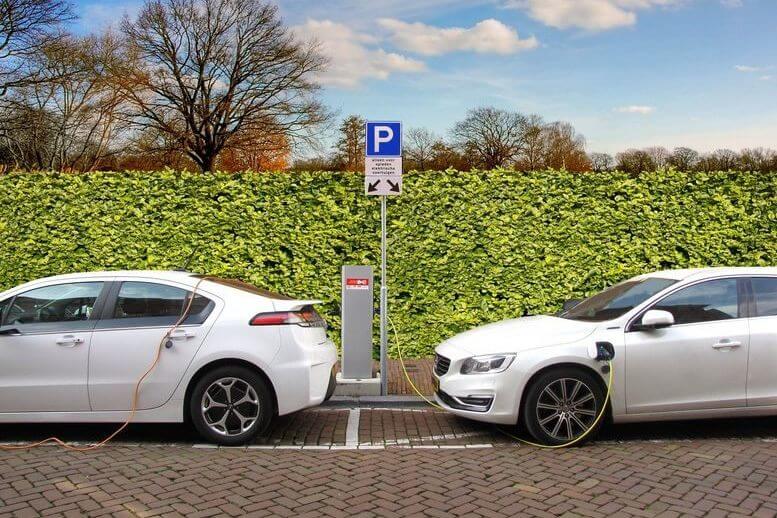 Electric vehicles are the future of the automotive industry but for that to happen prices must fall for widespread EV adoption. At least that’s what a lot of policy makers and OEM executives are saying.

Earlier this month, President Joe Biden signed two executive orders mandating half of all new car sales by 2030 be electric vehicles. The three major American OEMs — Ford, General Motors and Stellantis — all came out in support of those orders.

During the Collision Industry Conference last month, several speakers said electrification in the industry was inevitable, even without those orders.

“Whether or not we had people say this in the White House, this is the way the industry was going,” Marie McConnell, program manager for the Drive Electric Ohio initiative, said at the conference.

Even American muscle cars, paragons of the automotive industry and seeming champions of the internal combustion engine, have started moving toward a battery-powered future. Car and Driver named the Ford Mustang Mach-E its EV of the Year, citing its “striking balance between practical and visceral” as a key reason why it’s the perfect vehicle to “convert people from EV skeptics to EV evangelists.”

Dodge, a brand synonymous with its Hemi engines that wring every last horsepower out of an internal combustion motor, announced earlier this year it would be producing a fully electric muscle car for the 2024 model year. Dodge CEO Tim Kuniskis said during a Stellantis EV Day presentation that electrification isn’t a revolution but instead a natural evolution for the automotive industry.

“Our engineers are reaching a practical limit on what they can squeeze from internal combustion innovation,” Kuniskis said. “Electric motors can give us more, and if we know of a technology that can give our customers an advantage, we have an obligation to embrace it.”

It seems, then, that electric vehicles are no longer a question of “if” but rather a question of “when.” However, one significant challenge still remains in total electrification of the industry: cost.

It’s a well-documented anecdote that over their respective lifespans, electric vehicles will prove to be more cost-effective than their ICE counterparts due to lower fuel and maintenance costs. But the upfront cost of an EV bars a significant amount of people from getting on board with the adoption of those vehicles.

Before major OEMs such as Ford and Stellantis jumped on the EV bandwagon, the most prominent players in the electric market were startups such as Tesla. Those companies faced — and still face — significant challenges in ramping up to mass production. During the latter half of the 2010s, Tesla experienced that exact struggle and was only able to power through thanks in part to the enormous wealth of CEO Elon Musk.

For companies that don’t have the money, they fold. For those that do, such as Tesla and Amazon-backed Rivian, they still need to turn a profit, and the way they do that is by passing the price of production onto the customer. Even major, well-established OEMs are charging significantly higher prices for their EVs than their ICEs because electric vehicles are not yet cost effective to produce.

According to a report from the U.S. Department of Energy per the Sacramento Bee, the Tesla Model 3 accounted for half of all EV sales in the United States. That car, which is Tesla’s cheapest, costs just under $40,000. The cheapest new EV on the market, the 2021 Mini Cooper SE, starts at just over $30,000 according to the Bee, which is nearly $10,000 more expensive than comparably sized, ICE-powered vehicle. And that doesn’t include other supplementary start-up costs such as chargers.

There are federal tax credits up to $7,500, but those only cover a certain number of vehicles from each OEM and only certain models. Tesla and GM have already hit their sales caps and can no longer offer tax credits on any new EVs.

Given the commitments from the federal government, major OEMs and other key industry players, the widespread adoption of electric vehicles is going to happen. Until those vehicles become much more affordable, however, ICEs will still have a place in the market.

What is your view on the widespread adoption of electric vehicles? Do you think pricing is the main criteria for most people to migrate to EVs? Let us know in the comments below. Also, if you found our content informative, do like it and share it with your friends.