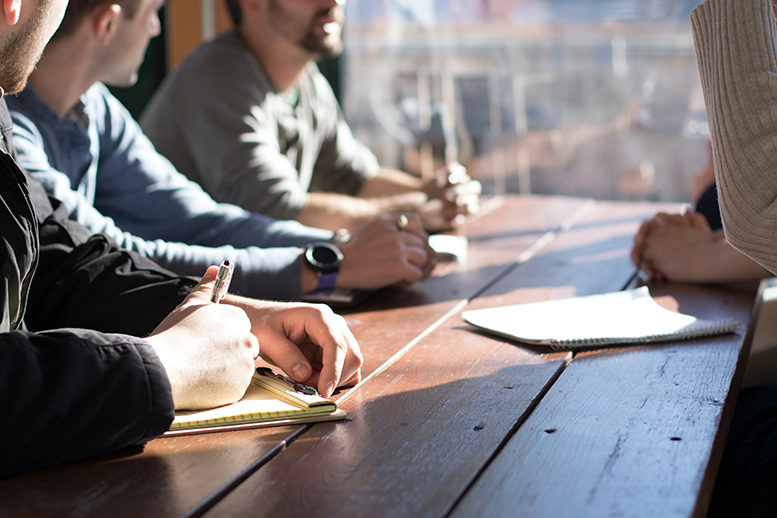 The 20 Groups concept provide support, sharing of ideas and friendships for their members. What value can be placed on support when it comes to running a collision repair business?

While reporting an issue of FenderBender, it’s not uncommon to speak to shop operators who rave about the connections made in their 20 Groups, or who recommend we speak to members of those groups because those shop owners know their stuff and can help us with our stories.

While 20 Groups, run by independent facilitators or backed by shop vendors, such as paint companies, are a tie that binds FenderBender’s sources, membership in such groups is not nearly as common among its readers, or at least those who responded to the 2021 FenderBender Industry Survey. Just 31 percent of respondents said they were a member of a 20 Group or another peer-networking group.

Could a 20 Group be for you? FenderBender pulled back the curtain to get inside a 20 Group

While 20 Groups thrive on bringing members together in person, at central meetings places that require members to travel to remove themselves from their routines, 2020 and the COVID-19 pandemic altered the way group meetings were conducted, making them virtual, like so much else.

The groups are also intimate, both in terms of the relationships forged among members and the business and financial information shared. That can mean that even a top-tier collision repair industry trade magazine can have a tough time getting inside a 20 Group meeting, even in the best of times.

This story was made possible by Sherwin-Williams allowing access to four members from two of its Vision Groups, the paint manufacturer’s spin on a 20 Group, in the form of an hour-long video meeting with FenderBender. The members discussed their experiences with their groups, traded stories, and showed off the camaraderie they’ve built through years of working together to better their shops.

“I hope that we didn’t beat you up too much,” says Elainna Sachire, president of Square One Systems, who facilitates Sherwin-Williams’ Vision Groups.

Her hindsight is directed at Greg McVicker, manager of Budd Baer Collision Center in Washington, Pa., interrupting him as he described his first Vision Group meeting more than a decade ago.

“I didn’t fly out for a pat on the back and for you to give me a hug,” he says, both making a joke and speaking  seriously.

It’s an exchange during the video meeting’s introductions that sets the tone and provides a hint of the genuine connections made in a Vision Group.

Continuing to remember his first meeting, McVicker mentions his shop’s monthly sales at the time of $65,000, commenting that now he’s very disappointed if sales aren’t above $400,000 per month.

It’s proof that he’s grown as a Vision Group member—his sales expectations have increased six-fold— and gotten results from the relationships he’s forged.

One of the main reasons the groups work, members say, is because they create a level of accountability you can’t find on your own.

“She calls you out on your BS,” says Sgro, whose two Monmouth County, N.J., shops have nearly 85 years of history.

He’s speaking of Sachire, who, as Vision Groups facilitator, has 15-20 years of experience working with many members.

She touts the relationships built throughout that time.

“We have a trust factor, I think,” says Sachire, “and I trust them that when they say something, they’re going to do it.”

Peer pressure has its upside, she says, in that claims made—implementing new processes, expansion, etc.—at previous meetings usually come back to haunt members, in a good way.

“‘Hey, didn’t you say you were going to do that two meetings ago?”’ says Sachire of a question often raised at meetings. “We want everybody to get better and do what they say they’re going to do.”

It’s the group dynamic that makes a difference, McVicker says, taking the onus away from the business and making it something personal, amongst friends. He adds that Sachire writes everything down, too.

“Other than the P&L side of accountability, none of my people know what I said I would do,” he says. “If I go back and decide not to do it, I’m only hurting myself.”

According to the accumulated knowledge of the FenderBender editorial staff, the term “20 Group” dates to the mid-20th century and the proliferation of new car dealers.

As business boomed, dealers were isolated and found little help from the OEMs, so they started working together and founded networking groups, where non-competing dealers from different markets could meet regularly, sharing financials and best practices to help each other grow.

Automakers then took up the practice to help their dealers, with someone, somewhere, determining that 20 members was the perfect number of participants in such groups.

Flashing back more than a year ago to when the reality of COVID-19 was setting in, Sachire says she remembers thinking her Vision Group meetings wouldn’t continue, as lockdowns set in.

While meeting face to face, away from the shop setting is crucial to the meetings’ efficacy, Sachire says the connections group members make between each other became even more important during the pandemic year.

McKenna, who operates a 25,000-square-foot shop in Sunnyvale, Calif., which brings in $4.8 million per year, says his group and its continued virtual meetings were crucial to him navigating the Paycheck Protection Program. Group members shared which banks were processing loans and which weren’t.

“It made me able to actually get it done,” McKenna says of the support. “Because of the group, they guided me through.”

Sachire says shops in New York City and New Jersey were especially hard hit early in the pandemic, with owners shutting down, feeling beaten up, ready to throw in the towel. The dynamics and backing of their Vision Groups helped check the mental anguish of the moment.

Says Sgro, “You couldn’t ask for a better group to be on an island with … that really kept you sane to get through it, having those calls.”

“Not being alone is probably the most important thing.”

“I started out knowing nothing about the industry,” says McVicker, who got into collision repair working at his father-in-law’s collision center.
“For me it was, I had a business management and economics background,” he says. “I knew nothing about the collision industry.”
Remembering his first Vision Group meeting, McVicker says he was “completely unsure of what was going on,” but he came away reassured.
“You understand that there are these issues that are industry-wide,” he says, “that aren’t unique just to your business.”

“We thought we needed to come together to share ideas, share numbers, share ways of doing business around the country,” says Coleman, noting that in his dealership setting, he can be on an island because the rest of the organization knows so little about collision repair.
Without seeking out more information and being curious, Coleman says, there’s no room for growth.
“The person that thinks they know everything is the person that can’t grow at all,” he says.

“I was an estimator who didn’t know how to run a business,” says McKenna, who’d attended 20 Group meetings while working for his father’s business before starting a shop with his wife.
He says he joined the same group as his father and ran each shop’s numbers, side by side.
“One person has ideas, so when you put us all together, the synergy just multiplies by 1,000.”

“At the time you think you know everything,” Sgro says of a body shop owners’ first taste of success. “You don’t know anything!”
Likening the collision repair business to a racetrack, he says it’s easy to think you’re the fastest racer out there, until you get to see others who are lapping you.
“At that point you start to realize you’re not as lean or productive as you should be,” he says.
“You get to a plateau, the ceiling of complexity in your business,” Sgro says. “You think that you’re doing what you think you should be doing—there’s  no university, but there is a 20 Group.”

Putting the pandemic in the rearview and getting back to meeting in person will be a relief, Vision Group members say.

“I have a technician sitting in my window right now,” says McVicker on the video call. “You don’t have that when you fly away for a day and a half and you’re sitting in a room together.”

For Coleman, of Gullo Ford Collision Center of Conroe Texas, a 22,000-square-foot facility with annual revenue of $5.4 million, the connections made in person and away from “putting out fires’ at the shop allow members to lean on each other between meetings.

“Getting away, being able to just sit around and talk, in our dinners and our bar rendezvous, really helps you to be able to pick up the phone and call somebody and say, ‘I’m struggling. What do you do at your shop?’” he says.

The fact that such connections can be made is no accident. Vision Groups are curated, with similar businesses grouped together. McVicker and Coleman are part of the same dealership  group; Sgro and McKenna, as independent shop owners, are together in a different group.

The process to join a group involves interviews with Sachire for vetting before a prospective member attends a meeting, where they give a 20- to 30-minute PowerPoint presentation about themself and their shop. The cost of membership depends on who facilitates the group, travel, and accomodations.  The group has final say if the prospect makes the cut.

“We kind of know that they’ll be good for the group,” Sachire says, “but they still have to present and the group still has to be comfortable with them.”

Despite the need for fit, a bit of discomfort is part of what fuels success.

“These groups will take you out of your comfort zone,” Coleman says, pointing out that members share their financials, sales forecasts, and more, with Sachire egging them on to improve.

The members are unanimous in their support of Vision Groups and other such peer-networking opportunities.

McKenna says making it through the barrier to entry and into a group is worth it.

“Maybe [the presentation is] a little intimidating, but you really shouldn’t let that get in the way,” he says. “We’re all here to help in these groups and if you want to be a part of it, reach out to one of the members and we’ll help. We want more members because we want more ideas.”

It’s those ideas that are the selling point for McVicker.

“Vision Groups give you an economy of scale on knowledge that you just can’t get anywhere else.”

What’s your view on the 20 Group concept? Do you think it’s something that can work in the South African market? Let us know in the comments below. Also, if you found our content informative, do like it and share it with your friends.