9 Bad Habits You Must Break To Be More Productive 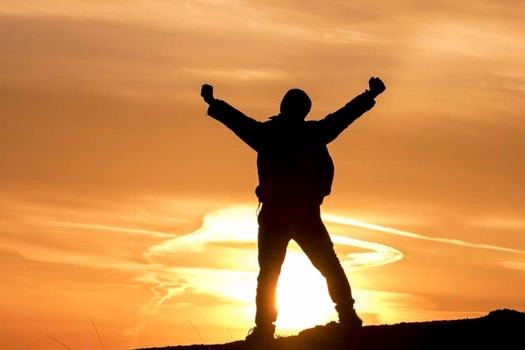 Here are 9 habits you must break to be more productive because nothing sabotages your productivity quite like bad habits. They are insidious, creeping up on you slowly until you don’t even notice the damage they’re causing.

Bad habits slow you down, decrease your accuracy, make you less creative and stifle your performance. Getting control of your bad habits is critical, and not just for productivity’s sake. A University of Minnesota study found that people who exercise a high degree of self-control tend to be much happier than those who don’t, both in the moment and in the long run.

“By constant self-discipline and self-control you can develop greatness of character.” — Grenville Kleiser

Some bad habits cause more trouble than others, and the nine that follow are the worst offenders. Shedding these habits will increase your productivity and allow you to enjoy the positive mood that comes with increased self-control.

It takes you 15 consecutive minutes of focus before you can fully engage in a task. Once you do, you fall into a euphoric state of increased productivity called flow. Research shows that people in a flow state are five times more productive than they otherwise would be. When you click out of your work because you get an itch to check the news, Facebook, a sport’s score, or what have you, this pulls you out of flow. This means you have to go through another 15 minutes of continuous focus to reenter the flow state. Click in and out of your work enough times, and you can go through an entire day without experiencing flow.

Most writers spend countless hours brainstorming characters and plot, and they even write page after page that they know they’ll never include in the book. They do this because they know that ideas need time to develop. We tend to freeze up when it’s time to get started because we know that our ideas aren’t perfect and what we produce might not be any good. But how can you ever produce something great if you don’t get started and give your ideas time to evolve? Author Jodi Picoult summarized the importance of avoiding perfectionism perfectly: “You can edit a bad page, but you can’t edit a blank page.”

Meetings gobble up your precious time like no other. Ultra-productive people avoid meetings as much as humanly possible. They know that a meeting will drag on forever if they let it, so when they must have a meeting they inform everyone at the onset that they’ll stick to the intended schedule. This sets a clear limit that motivates everyone to be more focused and efficient.

Responding to e-mails as they arrive.

aProductive people don’t allow their e-mail to be a constant interruption. In addition to checking their e-mail on a schedule, they take advantage of features that prioritize messages by sender. They set alerts for their most important vendors and their best customers, and they save the rest until they reach a stopping point in their work. Some people even set up an autoresponder that lets senders know when they’ll be checking their e-mail again.

When you sleep, your brain moves through an elaborate series of cycles, the last of which prepares you to be alert at your wake up time. This is why you’ll sometimes wake up right before your alarm clock goes off — your brain knows it’s time to wake up and it’s ready to do so. When you hit the snooze button and fall back asleep, you lose this alertness and wake up later, tired and groggy. Worst of all, this grogginess can take hours to wear off. So no matter how tired you think you are when your alarm clock goes off, force yourself out of bed if you want to have a productive morning.

Multitasking is a real productivity killer. Research conducted at Stanford University confirms that multitasking is less productive than doing a single thing at a time. The researchers found that people who are regularly bombarded with several streams of electronic information cannot pay attention, recall information or switch from one job to another as well as those who complete one task at a time. When you try to do two things at once, your brain lacks the capacity to perform both tasks successfully.

But what if some people have a special gift for multitasking? The Stanford researchers compared groups of people, based on their tendency to multitask and their belief that it helps their performance. They found that heavy multitaskers — those who multitasked a lot and felt that it boosted their performance — were actually worse at multitasking than those who liked to do a single thing at a time. The frequent multitaskers performed worse because they had more trouble organizing their thoughts and filtering out irrelevant information, and they were slower at switching from one task to another. Ouch!

We have a limited amount of mental energy, and as we exhaust this energy, our decision-making and productivity decline rapidly. This is called decision fatigue. When you put off tough tasks till late in the day because they’re intimidating, you save them for when you’re at your worst. To beat decision fatigue, you must tackle complex tasks in the morning when your mind is fresh.

Using your phone, tablet or computer in bed

This is a big one that most people don’t even realize harms their sleep and productivity. Short-wavelength blue light plays an important role in your mood, energy level and sleep quality. In the morning, sunlight contains high concentrations of this blue light. When your eyes are exposed to it directly, the blue light halts production of the sleep-inducing hormone melatonin and makes you feel more alert. In the afternoon, the sun’s rays lose their blue light, which allows your body to produce melatonin and start making you sleepy.

By the evening, your brain doesn’t expect any blue light exposure and is very sensitive to it. Most of our favorite evening devices — laptops, tablets, televisions, and mobile phones — emit short-wavelength blue light, and in the case of your laptop, tablet and phone, they do so brightly and right in your face. This exposure impairs melatonin production and interferes with your ability to fall asleep as well as with the quality of your sleep once you do nod off. As we’ve all experienced, a poor night’s sleep has disastrous effects upon productivity. The best thing you can do is to avoid these devices after dinner (television is OK for most people as long as they sit far enough away from the set).

Eating too much sugar

Glucose functions as the “gas pedal” for energy in the brain. You need glucose to concentrate on challenging tasks. With too little glucose, you feel tired, unfocused and slow; too much glucose leaves you jittery and unable to concentrate. Research has shown that the sweet spot is about 25 grams of glucose. The tricky thing is that you can get these 25 grams of glucose any way you want, and you’ll feel the same — at least initially. The difference lies in how long the productivity lasts. Donuts, soda and other forms of refined sugar lead to an energy boost that lasts a mere 20 minutes, while oatmeal, brown rice and other foods containing complex carbohydrates release their energy slowly, which enables you to sustain your focus.

Some of these habits may seem minor, but they add up. Most amount to a personal choice between immediate pleasures and lasting ones. After all, the worst habit is losing track of what really matters to you.

A version of this article appeared on TalentSmart.

What’s your view on the 9 bad habits listed above? Do you think these bad habits impact on your productivity? Let us know in the comments below. Also, if you found our content informative, do like it and share it with your friends.