Taking The Leap For Certification 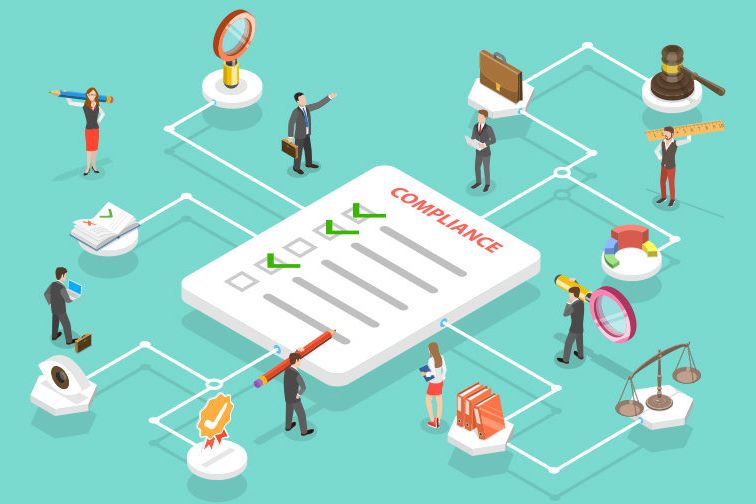 Taking the leap for certification can be daunting, especially if you take new technology training and specialised tool investment into consideration but it can change your business.

At one point, Dustin Caldwell thought about saying “No” to any Tesla that showed up at his shop, Old Dominion Collision.

Every time his shop repaired a Tesla, he says he struggled to find the correct information for his staff about how to fix it. With it being such a new brand, there was little knowledge out there in the ether to tap into.

From his shop in Eugene, Ore., he says he’d send an email to the local Tesla center two hours up the road in Portland but get no answer. He’d give them a call—it’d go to voicemail.

“We’d end up in a bad spot when repairing them,” he says.

Suffice it to say, Caldwell was ready to be done with the electric vehicle maker until a local Tesla service technician stopped by the shop one day in 2018 to see if he was interested in becoming Tesla certified.

“I immediately said, ‘yes’ without thinking and then after, I thought, ‘Oh, boy, what did I just ask for?’” Caldwell says.

Turns out, what he got into was what Caldwell calls one of the best decisions he’s made for his business.

From nearly saying no more, to now being 100 percent in on Tesla, Caldwell has transformed his business into a Tesla repair hub. His former worries about a lack of information have vanished and now the shop is awash in Tesla collision repair information.

How did Caldwell’s shop transform itself into a well-known Tesla-certified collision repairer, one of just five in the entire state of Oregon? And what was the certification process like?

Old Dominion has always been in the Caldwell family. Founded by his father in 1973 and sold to his mother after his parents divorced, Caldwell has always been involved one way or another at the shop, except for as a technician or painter.

For 20 years, Caldwell worked as a business partner with his mother until she retired, with Caldwell taking full control six years ago.

Throughout that time frame, the shop’s only certification was with Volvo. Cadwell says he and his mother never pressed themselves to become OEM certified, especially with most of the other collision repairers around them also lacking certifications.

Volvo approached Old Dominion regarding certification—similar to Tesla—and it was a relatively easy process.

While Old Dominion was in no hurry to collect certifications, it wasn’t the shop taking a stance against them. Caldwell says he and his mother wanted to get on the Toyota and Lexus programs, but both had dealer-owned shops nearby (the OE requires shops to be partially dealer-owned to be certified). Other programs they would have wanted to be on—like Subaru, Honda, and Acura—had yet to launch.

While Caldwell says he was “slow playing” certifications, when Tesla put it out there, he saw the opportunity to develop a niche and have first mover’s advantage, so he jumped at the chance.

Since the Tesla certification, the shop has also become certified with Subaru, Honda, and Acura.

A Quick Return on Investment

Caldwell estimates the certification process took some four months. The entire training process was virtual, even prior to the COVID-19 pandemic.

He would walk around the shop on FaceTime with a Tesla representative to show he or she the shop and what his staffers were doing, he says. All training was included in the cost of the program, which includes information for every position—from detailers to technicians to managers.

The requirements and process were relatively simple and very informative. The barriers to entry also weren’t as high for the shop, Caldwell says, pointing out it had some advantages other shops may not. Old Dominion already had one of Tesla’s approved frame racks and some of the welding equipment the manufacturer requires.

All told, Caldwell says he spent $70,000 in cash on Tesla-specific tools. When purchasing, he also looked at future certifications he might want, like Mercedes-Benz, choosing tools and equipment that met requirements for both OEs.

The certification didn’t require significant space. He says the shop needed a clean room to store aluminum, which it lacked, but he was able to turn an unused paint room into that dedicated clean space.

The only major change has come in workflow, he says. Instead of having separate times for disassembly, repair and reassembly, each technician (or group of technicians) will stay with a vehicle throughout each stage of repair.

The switch wasn’t recommended or required by Tesla, but was just “a natural progression” that fit the added work to which the certification led.

The most frustrating part of repairing Teslas before his shop’s certification, Caldwell says, was a lack of information. “Because it was so new, I didn’t know what to know, what to ask.”

He says he no longer has that problem after the certification. Unlike his Volvo certification, or the other certifications the shop has received since, Tesla’s repair procedures are almost completely comprehensive.

Caldwell says the program provides step-by-step directions likens it to one of his favorite childhood toys: Legos.

Just like the step-by-step directions included with every Lego kit, he says, Tesla has procedures equipped with photos and detailed directions for roughly 90 percent of anything his shop needs to do to repair one of its vehicles.

He recalls a recent job with a wire harness; Tesla offered a thorough breakdown of everything the shop needed to do to fix it.

“No other manufacturer does that,” he says.

The Shop’s Vehicle of Preference

Because of all that’s offered, Caldwell says he’d now prefer to work on Tesla vehicles over any other make of car. The detailed procedures the automaker provides cut out all the research time and guess work that accompanies other jobs.

It also helps that those processes don’t often change. Once you’ve seen a few Model 3s, he says, they’re all the same after that. Unlike other manufacturers that make subtle, and sometimes not so subtle changes to every vehicle, every year, Tesla’s cars aren’t changing.

“It’s not a Toyota Camry, then Corolla then Highlander, which are all similar but not the same,” he says. “Until they redesign the Model 3, it’s basically the same car. You can really build a lot of momentum in your processes because you know what to expect.”

There is no relearning what the shop needs to do with respect to each model year, he says. His technicians  know how they come apart. They know how to put them together. And they’ve learned the subtle nuances that might not stick out when it’s a vehicle that hasn’t been in the shop before.

The process is more simple when it comes to ADAS, too.

Since “a Tesla is a computer with a car attached to it,” as Caldwell says, it acts much like a computer. If the shop reboots the car, which involves powering down and disconnecting its batteries and then starting it back up, it often calibrates the system.

And of course, for anything that isn’t fixed, there’s a process to fix it.

Leveraging Tesla for ICEs and other EVs

Despite news that Tesla plans to bring collision repair service in-house, Caldwell isn’t worried about losing business, especially with his shop away from major metropolitan areas.

He’s skeptical, given the current technician shortage, that Tesla will be able to find enough quality people to staff a fully operational collision repair business nationwide. With his shop’s reputation cemented, he doesn’t see Tesla collision repair as a threat.

If business did decline, Caldwell says he believes his shop’s reputation has set it up well to service any vehicle.

“We talk a lot about how we can leverage Tesla and the oncoming move to EVs,” he says.

And while there haven’t been many other electric vehicles needing repair yet, Caldwell says that’s due to a lack of  EVs, outside of Tesla, being driven in the Eugene market. As EVs gain popularity, he expects to see a wider variety coming into his shop. When it happens, he says he’ll be ready.

Whether it’s with high-voltage batteries that require extra precaution and care, or just the general makeup of EVs, Caldwell says he hopes the shop’s experience with Tesla will aid in the shift to EVs.

The certification also has value beyond EVs.

“I’ve heard people say, ‘Oh, they’re Tesla certified,’ and they’re driving a Honda,” he says. “To me there’s this standard, ‘Oh, if they can work on Tesla, they can work on my car,’ like that intrinsic value that we get from it.”

Within a month of becoming certified, Caldwell says he’d paid back the initial investment.

Talking with other Tesla-certified shops in his 20 Group, Coyote Vision Group, he’s found Tesla repairs generate around $1 million from a sales standpoint, which has shown up in Old Dominion’s numbers.

Do you think an electric vehicle OEM certification like Tesla will have a major impact on your business? Let us know in the comments below. Also, if you found our content informative, do like it and share it with your friends.