SA Urged To Be Adequately Insured 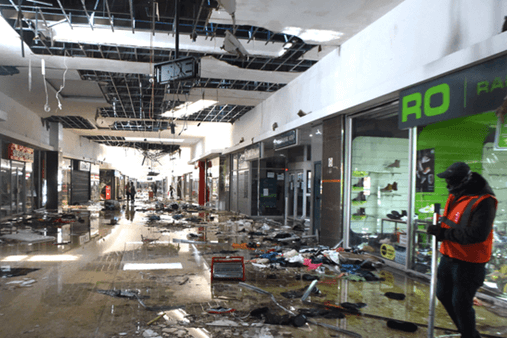 SA is urged by Sasria to be adequately insured against civil unrest in order to safeguard themselves and their possessions.

The South African Special Risks Insurance Association (Sasria), the state-owned insurer, said an average of 2.26 protests a day have been reported in South Africa over the past seven years – for anything from labour issues to municipal services, corruption and governance – and South Africans were not strangers to protests and riots.

However, the large-scale looting and burning of malls in KwaZulu-Natal and Gauteng has brought insurance cover to the fore once again.

The insurer said although 62 percent of protests were peaceful, the recent protests in various parts of the country erupted into violence and malicious damage to property, with reports of one uninsured car dealership losing 32 vehicles in a fire.

Auto & General has urged South Africans to be vigilant in safeguarding themselves and their possessions, and to have adequate cover against civil unrest in place.

Ricardo Coetzee, the head of Auto & General Insurance, said because of the unpredictable and often chaotic nature of these incidents, private and public property could suffer expensive damage.

“It is for this reason that we encourage people to ensure that Sasria cover is included in their insurance policies so that they are covered should the matter affect them personally. If they are not properly covered, their insurance company might reject claims for damage or loss incurred during a strike, civil unrest or protest,” Coetzee said.

Sasria said it provides cover for loss or damage to insured property as a direct result of civil unrest, including rioting, strike action and public disorder.

“Sasria is the only insurer in South Africa that provides cover for any damage caused during these kinds of incidents,” Sasria said.

Coetzee said Sasria cover was automatically included in a car insurance policy if the vehicle is currently financed, and are told this during the underwriting stage of the policy.

“After the vehicle has been paid off, your Sasria cover will continue as long as your insurance policy does,” Coetzee said.

He urged vehicle owners to check with their insurance companies that Sasria cover was, in fact, included on their premiums.

“If your car is not financed at the time of taking the policy, or if you are insuring your house or home contents, then Sasria cover is optional, and won’t be automatically included,” he said.

Main Image: The large-scale looting and burning of malls in KwaZulu-Natal and Gauteng has brought insurance cover to the fore once again. Picture: Itumeleng English/African News Agency(ANA)

Do you have Sasria insurance against civil unrest? Do you think it is necessary to have civil unrest insurance in South Africa? Let us know in the comments below. Also, if you found our content informative, do like it and share it with your friends.