Your Most Important Hire 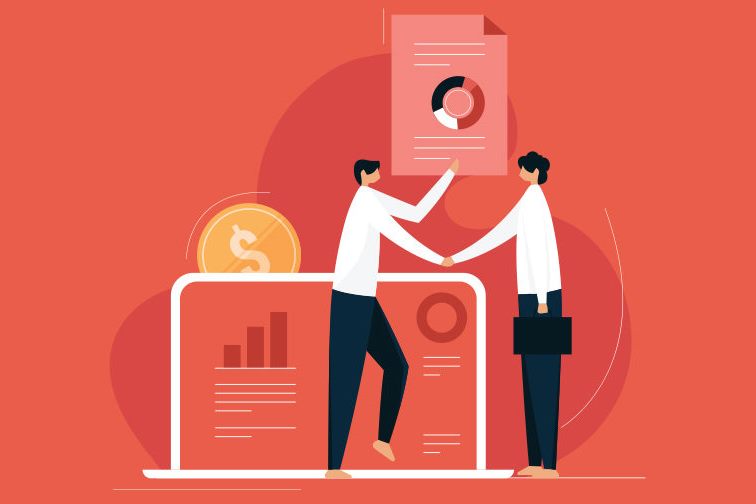 Employing a second in command or chief operating officer will be one of your most important people you hire in your business as it requires a huge amount of trust and handing control over to such a person.

Earlier this year, Jamie Sorrells retired—now he might be able to spend a little bit more time at his collision repair shop.

His retirement happened in February after 40 years in the oil and gas industry.

That career was already well underway when Sorrells took over his father’s business—Sorrells Body Shop in Russellville, Ark.—in 1988, when his father, Raymond, retired.

“It had a good name, good business built in town … so I thought I could run the business in my spare time,” says Sorrells.

Half a decade in, he says the shop was “really struggling,” both because he wasn’t there often and because he says he didn’t know what he was doing.

Sorrells says he contemplated selling his family’s business as it continued to lose money in the early 1990s. Instead, he ended up hiring a trusted shop manager to right the ship, while letting him earn equity in the business.

This year, still in the family, Sorrells Body Shop is celebrating its 50th anniversary.

While Sorrells’s story is unique—his primary focus was always in the oil industry, working in the field while keeping an office at his body shop—the need to hire a second in command or a chief operating officer, for many collision repairers, is not.

Such a move requires shop owners to find someone to whom they can give their trust, and control of their business. Hiring the right No. 2 can mean the difference between thriving and just surviving, expanding or maintaining the status quo.

FenderBender spoke to Sorrells about how he cemented his shop’s legacy by hiring managers to run its day-to-day operations in his stead, and to Nick Edwards, owner of Car Center Collision and Mechanical, who this year hired a COO to operate his MSO.

Edwards and Sorrells offer insights into picking the right person, giving up control, and how vital it is to have shared values.

“Steve got in there and turned the thing around,” says Sorrells. “It ended up being great.”

Hodges, according to Sorrells, was running a one-man operation out of a rented garage. Sorrells says Hodges might have lacked the business wherewithal to grow, but he had a good reputation.

“He shared my Christian values,” says Sorrells. “Here’s a young guy, kind of a go-getter, we just shared the same values. I knew he was a hard worker just watching him from afar.”

Sorrells brought on Hodges to see if he could make the business work, offering him a 40 percent stake should he do so, while also giving him carte blanche to staff and operate the shop as he saw fit.

“I look back to that point as to when it really turned around,” says Sorrells.

Hodges ran Sorrells Body Shop for a number of years until, as Sorrells puts it, “His faith moved him,” and Hodges left to be a missionary in Guatemala.

By the time Hodges decamped for Central America, Hartzell had been with the shop for three or four years and was working as its parts and service manager, Sorrells says.

Hartzell says he was given the opportunity to buy Hodges’s stake in the body shop, and he did so with little hesitation.

“It was kind of a pretty easy deal,” says Hartzell. “It’s an easy place to work because the ethics and morals are pretty much preached—you just do what’s right and everything will take care of itself.”

Sorrells agrees that his and Hartzell’s values align. “You see what’s important to a man like that.”

When it comes to the day-to-day operation of the shop, Hartzell says he makes the calls, pointing out its not Sorrells’s style to micromanage.

The division of decision-making is clear at Sorrells Body Shop, says its vice president of operations, Keith Moore, who, with eight years at the business, holds a stake in ownership and is Sorrells’s son-in-law.

“I do know if I have a problem, in whatever realm I deal with, I can go to Jamie, and another way with Eric,” says Moore. “It’s great to know I’ve got both of them with the experience they have.”

Moore says another reason the body shop functions well is that Sorrells, with his primary career in oil and gas, always reinvested cash from the business back into it.

“The fact that you have an owner in Jamie, the guy doesn’t pull salary from the business,”

Sorrells’s hands-off approach to the shop’s proceeds, Hartzell says, engenders trust, which is ultimately what makes their working relationship work.

“Most of the reason is trust,” Hartzell says. “If you feel like someone trusts you to do the right things, it’s easier to do that.”

Sorrells Body Shop was founded in 1971 in Russellville, Ark., by Raymond Sorrells, father of its current majority owner, Jamie Sorrells.

One of the ways the shop honors its half century in the community is through regular donations to local civic institutions.

Each quarter, in the name of one of its employees, the shop makes a $500 donation to a charity or other organization, says the shop’s vice president of operations and co-owner, Keith Moore.

“Sorrells Body Shop isn’t just seen as a repair facility, but a business people always go to for a donation or support for something,” Moore says.

Says vice president and co-owner Eric Hartzell, “You need to be involved in your community, you need to be out in it.”

“The founder of the company—better do right by him,” Hartzell says, “because, obviously, he started a good one.”

Jamie Sorrells, who for 40 years worked in the oil and gas industry and ceded operation of the shop to others after becoming its owner, says maintaining the business as a community asset is a way of honoring his dad.

“This whole thing really is a tribute to my father,” Jamie Sorrells says.

Raymond Sorrells was 88 when he died in November 2009; Hartzell says the shop was closed the day of his funeral as a paid holiday.“I tell people that’s his name on the building,” says Jamie Sorrells, “not mine.”

The Importance of ‘Alignment’

“The biggest thing is growing people, not just in skills but helping people find this awesome job that nobody thinks about,” says VanEck, noting he relishes the challenges presented by each repair.

Nick Edwards, owner of Car Center Collision and Mechanical, and co-owner with his father of Scott’s Body Shop, shares VanEck’s passion for growing people, but the two differ when it comes to working on vehicles.

“I’m not a car guy, I’m really not,” says Edwards, pointing out he “grinded” his way through four years of working as a technician doing light body work before getting into the operations side of collision repair.

It’s the duo’s shared love of building up people and culture that, so far, has meant they’ve had a successful shop owner/COO relationship.

Long in the Making

VanEck came on board with Car Center at the start of the year.

Previously and for nearly a decade, he was a regional manager for a large MSO with around 10 locations under his purview. His partnership with Edwards was more than a year in the making.

“I’d pursued [VanEck] for about a year and a half,” says Edwards. “I knew he was the guy I wanted.”

That pursuit, Edwards says, began with a cold call one day to VanEck to line up a talk over lunch.

VanEck, according to Edwards, came with the reputation of being “the most well-respected, successful regional managers in the area. He’s one of those guys who you can’t find someone who doesn’t like him.”

Edwards says he’s a big fan of the visionary and integrator model popularized by Entrepreneurial Operating System, or EOS. He says he sought out VanEck, in effect, to implement that model, which puts one person in the position of looking at the big picture, while the other focuses on the details of daily business.

“Really, our goal is for him to run the entire operation, so that allows me to sit in the visionary seat, which allows me to focus on big deals.”

For the model to work, Edwards says, he had to have faith that VanEck would steer the shops in the right direction.

“Over that year and a half of getting to know him, we were just so aligned in our vision and what we want.” Edwards says. “We want to have an honorable reason to grow.”

The two have set out a non-sales based goal for their partnership, Edwards says: over the next 10 years, to promote 100 people. VanEck expands upon the goal.

“Nick and I are completely aligned in that the most noble reason to grow is to have a place to put all of these people that we’re growing, to give all these people an opportunity to grow their skills and make more money and move up,” says VanEck.

While they share similar end goals, VanEck says he and Edwards differ in ways that end up complimenting each other in the end.

“Nick’s ability to see the big picture and help me brainstorm and see the big things, then my ability with a person, to really crack down and find core things, that can really help us get there,” says VanEck.

Edwards says he needs VanEck and his people skills.

“I probably need somebody who can be a little tougher and follow through in certain areas where I’m not as strong,” he says.

And while their differences help them work together, VanEck goes back to his “alignment” with Edwards as the reason he took the job.

“I was in a position where I was comfortable,” VanEck says. “For me, the alignment on purpose and core values and really knowing that Nick wasn’t blowing smoke, knowing that that is who he really is, that’s the only reason I came.”

Edwards, who says he hopes to acquire another shop by the end of 2021, is already getting some of the visionary time he’d sought by bringing on VanEck.

“I finally got a certified integrator, so I’ve been able to get off site a few days and build out our accountability chart,” Edwards says.

While finding the right person to be your COO is vital, Edwards says, being able to then give them the autonomy they need to run the business as they see fit is just as important.

“If you’re not in a place where you can give up control … I think it’s going to be hard,” Edwards says. “That’s probably the first big question I’d ask myself: Am I ready and willing to give up control of all the big decisions?”

As a business owner, have you ever employed a second in command or chief operating officer? Do you think sourcing the right second in command or chief operating officer might be the very thing your business need to take it to the next level? Let us know in the comments below. Also, if you found our content informative, do like it and share it with your friends.