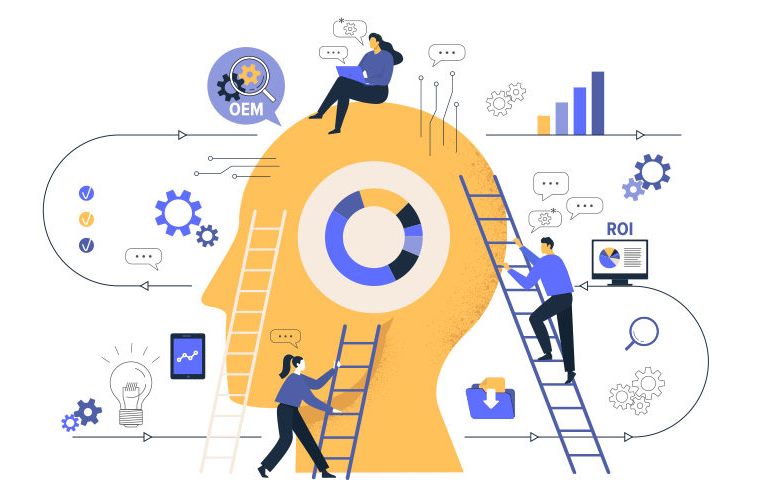 Despite its relatively isolated location in a rural town of 2,300, Ernie’s Auto Body in Hayward, Wisconsin, manages to pull from other markets to push out 100 repair orders per month while bringing in $2.5 million in annual revenue, with a team of nine technicians and four admin staff.

The shop is certified to repair General Motors, Ford, KIA, Hyundai, FCA and Nissan (mainly working on domestics and Asian imports, with a significant uptick in foreign vehicles during the summer), and is I-CAR Gold.

It’s not easy to complete the training to keep up with all of that, especially when extensive travel is a factor, but John Magowan has 26 years’ worth of experience to prove that it is possible.

In today’s business climate, that’s just not an option. Which is exactly why FenderBender sought out to dispel the biggest excuses we’ve heard regarding training.

Excuse No. 1: ‘If I train them and they leave, they walk out with the investment.’

If you’ve attended even just one of industry consultant Mike Anderson’s seminars, you know his retort to this: “What if you don’t train them and they stay?”

Magowan agrees, and points to the John Eagle Case as a prime example of why you quite literally can’t afford to have poorly trained staff on your team.

“These vehicles, the newer they get, are extremely complex,” he says. “It’s constantly changing, too. If a tech doesn’t understand those kinds of things, you have a liability problem.”

Magowan argues that the industry needs to change its perspective on training and train for the shop, rather than for the benefit of the technician. The reality is, he says, you’re going to lose techs no matter what; make training a true non-negotiable part of your shop so it doesn’t suffer due to turnover.

Of all the excuses regarding training, Magowan says this one might make the most sense.

“I think [some shop owners] are so busy trying to get another car out that they don’t take the lid off the top of the shop and see what’s actually happening,” he says.

Sooner, rather than later, though, it’s going to come down to a “have to” versus a “should do,” and those shops that aren’t training? Well, they just might fall by the wayside.

“A lot of the smaller shops that don’t have the capability, as these vehicles become more complex, they won’t know how to work on them,” Magowan says.

That doesn’t mean you can’t compete, of course, regardless of size. Start with the low-hanging fruit: reach out to your vendors, I-CAR, and even YouTube. Magowan says he and his staff have pulled up plenty of YouTube videos to see how a repair should be done or to learn about vehicle components.

Excuse No. 3: ‘Training is too expensive.’

Frankly, training can be expensive, but this is where you have to get creative.

First, Magowan points out there is a lot of free training available, be it from 3M Collision’s website, your paint manufacturer, equipment vendors, etc. Next, consider your needs. If you’re part of an OEM certification program or I-CAR Gold, there will be certain training requirements every year. That’s something you will need to factor into your investment, should you go down the road of OEM certifications, and maximize the use of those programs to ensure you get a return on that investment.

Another note, here: Magowan says it’s necessary to not only pay for travel and training, but also the time spent training. He pays his staff a flat rate for that time that goes into the tech’s regular paycheck.

But you can also easily get creative with training to reduce the expense, he says. One way to do so is partnering with other shops in your area. That was actually part of the reason behind the creation of Key Choice Collision Centers, of which Magowan is a co-founder.

“We know that as owners and managers, how much we could learn from each other,” he says. “Once you’re not afraid to get naked in front of each other, there’s so much to gain.”

By having 20-plus shops grouped together as a network, it allows all of the shops’ technicians and painters to get trained by the same trainers on the same equipment at the same time. That, in and of itself, also creates a network; Magowan says the painters are able to call each other up and get advice, or send out a quick email to the whole group with a tip. Beyond being extremely helpful, he says it’s also an efficiency gain. Everyone can learn from one another and individuals don’t have to waste time on trial and error.

Hopefully, the previous three tips have shown there is an ROI on training, but if you still need convincing, consider this: training can actually help create new profit centers for your business.

For Magowan, working on technologically advanced vehicles requires extensive scanning and calibrations (“Pre- and post-repair scans are just the tip of the iceberg,” he says), but it was becoming progressively difficult to get those calibrations done due to his shop’s location. The nearest dealer is more than an hour and a half away,

As a result, Magowan made the decision to bring calibrations in-house. He began training his staff on calibrations, made the investment, and as a result, he has a new revenue source on his hands.

“I grow with the economy, because of our population not changing an awful lot,” he says. “Once I dominated the market here, then I had to get creative and look at our other revenue streams. That’s why you need training.”

Excuse No. 5: ‘All my techs are A-level; they don’t need training.’

“When we hire new people, if it’s an A-tech, they have to be super special because we do things so differently,” Magowan says. “When we hire someone new, we’d rather hire someone with no talent. A little mechanical ability, good worker, intelligence—we’ll train them.”

It wasn’t always that way. Until 10 years, Ernie’s was structured in a fairly traditional way. But as the shop became flooded with A-techs, Magowan realized the full-blown commission structure wasn’t working as well anymore.

“It makes no sense to pay the highest-paid guy in the shop with the most talent to clean and retape a moulding when he can put a quarter panel on,” he says.

So, he moved the staff to a team system. Now, every technician is on a team with a certain role, and the labor goes into a pool and is divided evenly by technicians based on their rate.

“Rather than having a shop full of A-techs, we can spread the work around,” he says. “What it also does it is influences the A-level techs to train the lower-level techs because it benefits them.”

The results speak for themself: five detailers have become full-blown techs via the system.

It’s also created far more flexibility and efficiency in the shop. Gone are the days of cars sitting—now, it’s not uncommon for a painter to be in the detail bay helping out if it’s a high delivery date.

To make this work, Magowan says training is huge, but it’s also become easier because of process.

“If processes are out of whack, it’s easier to identify where training is needed,” he says. “It’s easier because everything is done the same way; it’s the same product every time. It looks out of place if it’s out of process.”

Do you believe staff training is an important factor for the success of your business? Do you think your staff get enough training? Let us know in the comments below. Also, if you found our content informative, do like it and share it with your friends.