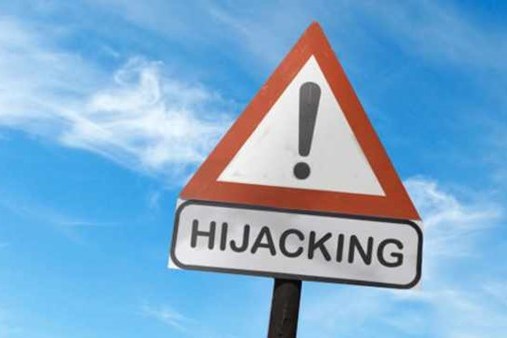 You need to be extremely vigilant on South Africa’s roads and take extra care because hijacking figures are continuously on the rise.

Crime statistics for Q1 2021 showed a total decrease of 14.4 percent. A concerning rise in hijacking of both cars and trucks was, however, recorded for the first quarter of this year. Motor vehicle carjacking increased by 4.9 percent and the hijacking of trucks increased by 24.6 percent.

CEO of MasterDrive, Eugene Herbert, says this rise in numbers should propel drivers to take extra care if they do not already do so: “A consistent rise in hijackings has been seen across the last few crime statistics releases. This traumatic and financially demanding crime appears to be something South Africans may not see a lowering of in the near future.” 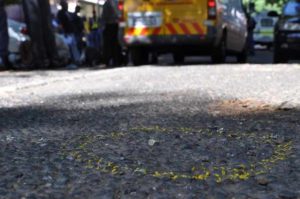 Image of a hijacking scene with spent shell cases on the tar. File Picture: INL

Some information revealed in the reporting of the latest crime statistics can provide drivers with information that can be used to increase awareness and understanding:

Gauteng, KwaZulu Natal and the Western Cape had the greatest number of hijackings.

People are hijacked in townships more often than residential areas, however, the difference between the two is negligible.

Sedans, hatchbacks, panel vans and bakkies are the most commonly hijacked vehicles respectively.

With these stats in mind, Herbert encourages drivers to use the information to make informed decisions but to avoid panicking: “If you know that you drive a high-risk car in a high-risk area, it is essential that you follow a few basic principles.” 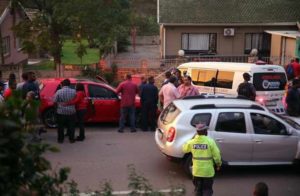 “Make it a habit to always be aware of who is driving behind you and how long they have been there. Never turn into a driveway or an isolated area when the same car has been behind you for some time. Take note of the people near your driveway when you leave or arrive and if someone is suspicious call police or your security company rather than drive in or reverse despite your instinct. Wait parallel to your driveway while the gate opens,” Herbert notes.

A number of other tips are important to keep in mind: “In shopping centre parking lots, reverse park against a wall so that someone cannot come up behind you while you load your shopping bags. If the parking lot is empty, ask a security guard to walk you to your car. At intersections, pay attention to the people standing around. Never block yourself in when you stop at a red light but rather give yourself space to make emergency manoeuvres.”

Herbert says, however, the unfortunate truth is that it is not always possible to prevent being hijacked. “Drivers should not only do their best to be aware of their surroundings but prepare for the worst in case they become the victim of a hijacking despite their efforts to prevent it,” he concludes.

What is your view of the increase in hijacking figures in South Africa? How can this growing issue be addressed? Let us know in the comments below. Also, if you found our content informative, do like it and share it with your friends.