4 Phases Of A Long-Term Marketing Plan 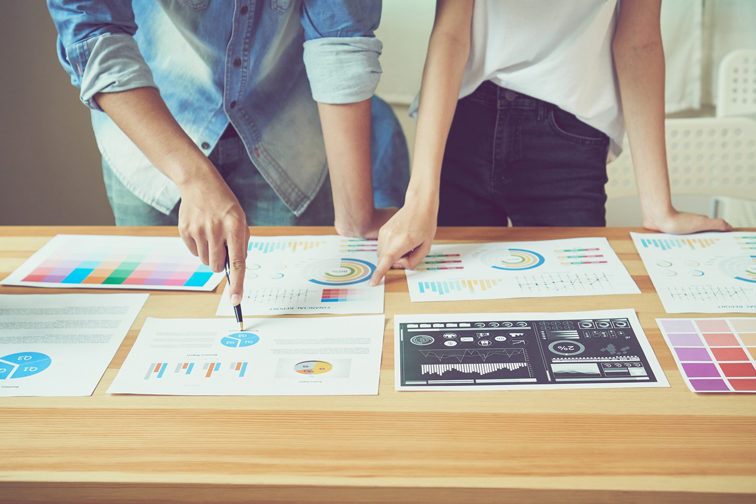 How to start the first phases of a 10-year marketing success plan.

Use these 4 phases of a long-term marketing plan to address your social media presence, website, get the community involved and eventually build your industry presence and authority.

When American Auto Body first opened, the shop only made roughly $200,000 in revenue in its first year. That was the mid ’80s. Mariah Sampson and her brother, Thomas Litton, would appear in commercials in which they walked the shop floor while sporting the red, white and blue colors of the shop’s logo and ended scenes with segments like the shop’s “Greatest Fixes.”

Flash forward a couple decades and Sampson was a recent marketing and business development graduate from Montana State University. Armed with a deep knowledge of business and entrepreneurship, Sampson returned to her family’s occasionally laidback, yet also pressure-packed shop to find that the marketing, well, it had remained relatively the same.

That just didn’t sit right with Sampson. She saw the potential for growth that the shop had and she knew it was more than attainable. So, she entered her role as the shop’s marketing director when she first pitched a plan to turn around the shop’s marketing strategy. The initial four-phase plan aimed to fix the shop’s poor social media presence, website and community involvement strategy.

Now, the shop makes close to $5 million in annual revenue and has expanded its customer reach through routine radio and television advertisements in a town of only 100,000 people.

After only four years and various phases, Sampson’s plan has evolved from a strategy of updating content to community outreach.

So, Sampson hired a local web designer to help revamp the old, 1990s-esque style. She wanted the site to focus on the customer’s collision repair needs and offer less product information about which the customer might not need to know.

The shop’s web presence has one overarching goal: show customers the shop is there and available but do not oversaturate the market with advertising.

That goal extends to the shop’s social media efforts, as well. The Facebook page has about 1,500 likes and posts are catered to helpful reminders for the customer and events the shop hosts in the community.

Sampson dived specifically into the culture of Montana and chose to use an age-old college rivalry to sell awareness of the shop. She won tickets to the big football game between Montana State University and University of Montana, which she gave away on Facebook.

Along with sports, Sampson took over the high school prom season niche.

The shop advertises to students and offers those who need help paying for prom a giveaway. Sampson simply asks customers to send a letter explaining the person they think needs help with prom. Then, the shop pays for the student’s dress, dinner, flowers and makeup—an all-expense paid trip to the dance.

Sampson also goes out to high school driver’s education classes. She’ll speak to the students on what to do in an accident, their rights when it comes to where they can take their vehicle for repairs, exchanging information with the other driver and the cost of repairs.

“I’ve had a great response from parents and students,” Sampson says. “I’ll have a parent come in to the shop and say their child was in their first accident and remembered us talking at the school.”

Now, the shop has about 50 repair jobs scheduled on the production board at any given time, Litton says. Ten years ago, the shop was only getting about five.

Sampson and her brother first learned the importance of commercials when they were 3–4 years old and featured in the shop’s commercials with lines such as, “And remember, buckle those seat belts!”

The shop partnered with local radio stations like Hot 101.9, so that during the morning talk show, the radio show host will insert ad-lib advertisements for the shop. The stations will also air the shop’s pre-recording promotions during commercial breaks.

Radio and television advertisements provide “back-of-the-mind” presence for the shop, Litton says. The visual images help customers get a sense of the shop culture.

“We sponsor the ‘The Hit of the Week’,” she says. Sampson will go into the radio station studio every Friday and record the weekly top high school sport “hits.” The top “hits” could be a good spike in volleyball, a homerun in baseball or a tackle in football.

The radio station will advertise the segment each Sunday and then promote it on their website.

Sampson says this advertising has brought in a lot of cross-traffic customers. Approximately 30 percent of walk-in customers heard about the shop through the advertisements.

Phase Four: Networking in the Industry

American Auto Body has not shied away from visiting shops in the community and sharing marketing strategy.

As a result, the shop has been named the best body shop of the year through the local Billings Gazette Readers’ Choice awards. The shop won the award the two years in a row and has been the only winner since collision repair was added as a category.

Networking is key for the shop to stay abreast of what is coming down the pipeline. She attended the SEMA show and in 2017 she attended the Assured Performance Network conference.

Sampson’s father taught her that one body shop cannot possibly fix every car in the state and monopolize the business. She incorporated her father’s business relationships with the local Chevy dealership and other body shops.

“There’s nothing wrong with taking a trip and sharing secrets within the industry,” Sampson says.

If a shop down the road is struggling with a process, they’ll give a call to American Auto Body for help and vice versa.

“My brother and I are both involved in  the Axalta 20 Group here,” Sampson says. “We’ll both go to classes and Thomas takes I-CAR classes all the time.”

Sampson has also been involved in coordinating the trade show for the Montana Collision Repair Association. The show also include associations from North Dakota, South Dakota, Idaho and Wyoming, she says.

By working on the trade show, Sampson was able to further network with high schools in Montana and invite them to attend.

Now, the shop on average works on about 135 cars per month. And Sampson has been able to tailor the shop’s marketing to the community.

Overall, on the shop’s website and in house, customers get a personal touch to their service, Sampson says.

“[Your] general customer is not going to respond to a post about a new Corvette and its horsepower and engine,” she says.

Instead, a customer will respond to a friendly and helpful platform. Even inside the store, Sampson stays behind the front desk in order to be the first face greeting all the customers.

Sampson says she is constantly improving the 10-year plan. Recently, the shop started posting on Facebook about all the “furry friends” visiting the shop.

And the shop donates holiday meals during Thanksgiving and Christmas to homeless shelters.

Simply staying visible and at the back of minds in the community makes a difference in the shop’s success.

Have you developed and implemented a long-term marketing strategy for your business? Do you think having a long-term strategy will have a major impact on your business? Let us know in the comments below. Also, if you found our content informative, do like it and share it with your friends.