Fire Yourself From The Mundane 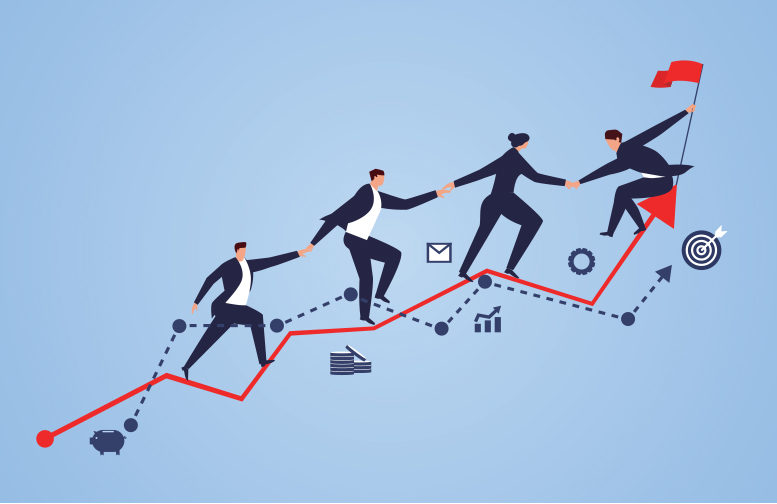 When a shop owner tries to wear too many hats, their business and employees can suffer so in order to not only operate, but grow a successful company owners need to look at the big picture, not just the shop floor and to achieve this, perhaps the time has come to fire yourself from the mundane.

With eight shops and just fewer than 100 employees, Richard Fish runs a tight operation on the West Coast. Fish is the founder and CEO of  Fix Auto Coast Group, with locations in Oceanside, San Clemente, Long Beach, Signal Hill, Carlsbad Village, Kearny Mesa, and the most recently, Lake Forest, Calif.

Fish says he had to learn how to delegate in order to take on more locations and turn an even bigger profit.

Fish says collision repair shop owners can find it difficult to pull themselves away from their day-to-day tasks to work on big picture items.

“Folks that own collision repair businesses grew up in it,” he says, “Their comfort zone is working in the business.”

But in order for your shop and its staff to thrive, he says, as an owner, you have to learn “to fire yourself from the mundane.”

In the first years of his career as a shop founder and group CEO, Fish says he would get bogged down with daily tasks like quality control, payroll, writing standard operating procedures, and dealing with insurance companies.

“When you’re in the bowels of your business, you’re drinking from a fire hydrant,” Fish says of how overwhelming it can be.

Focusing on daily, granular items is not only stressful for owners, he says, but it can also stunt the growth of their business. And he didn’t want to own just one body shop—he wanted to build an organization.

There wasn’t one magical moment where it all clicked for Fish. He says that with each year spent in the shop and with each location he gained, he learned how to better run his business.

“It was an evolution,” he says.  Here’s how he got there.

“The buck stops with each of my managers,” says Fish, whose job is to oversee, coach, council, and measure those managers’ effectiveness.

In order to fire yourself from daily tasks, you have to have the right people to take over. In each of his California shops, he says he asks his most trusted body technicians to participate in the interview process for new recruits.

When it comes to hiring estimators, the shop managers are in charge, because, to put it simply, he says they know more than he does.

As for hiring production managers, Fish says he prefers to promote from within, tapping body technicians. Although it can be a steep learning curve, he says, “I want someone who knows what a proper repair looks like.”

A key part of learning who to hire, Fish says, came with some introspection. He says he had to acknowledge his own shortcomings.

“My knowledge voids need to be filled by someone else in the company,” he says, joking he can “fake an estimate like nobody’s business.”

One of the hardest choices Fish says he had to make was to delegate tasks that helped him be the leader he wanted to be.

“Payroll could have been done by anyone,” he says, but when he did it, it allowed him to learn everyone’s names and connect with his staff, even commending them on payday about the size of their paychecks.

But, by getting himself out of the business to work on the business, he says his shops are thriving, as well as everybody involved.

Other Tips From Fish

Fish says for the last 10 years he has published each month’s KPIs on the walls in his shops’ breakroom to help align his staff’s goals.

“They see the evolution of [the KPIs] and they want them to improve,” he says of his staff.

As an owner, Fish says one of his strategic tasks is to invest in the right equipment. By supplying your employees with quality equipment, owners show they value their work and trust the job is getting done.

What Fish started in 2005 as a single shop has grown into a successful coastal franchise bringing in a collective $28 million per year.

If he hadn’t learned to take a step back from the granular tasks, Fish says he would own, at best, two shops. Just last summer, he took over his eighth location: Fix Auto Forest Lake.

“There is no chance I could have done any of this without staying out of the daily grind of the business,” Fish says.

By trusting his employees and giving them the tools they need to succeed, Fish says their quality of life has improved right alongside his. Now that he knows where his skills are best put to use, he says, his businesses are thriving, not just surviving.

Are you experiencing the problem of getting bogged down with mundane tasks at the cost of losing sight of the bigger picture? How can you improve this situation to enable you to focus on strategic issues? Let us know in the comments below. Also, if you found our content informative, do like it and share it with your friends.