What Does The Near Future Hold For Flying Cars? 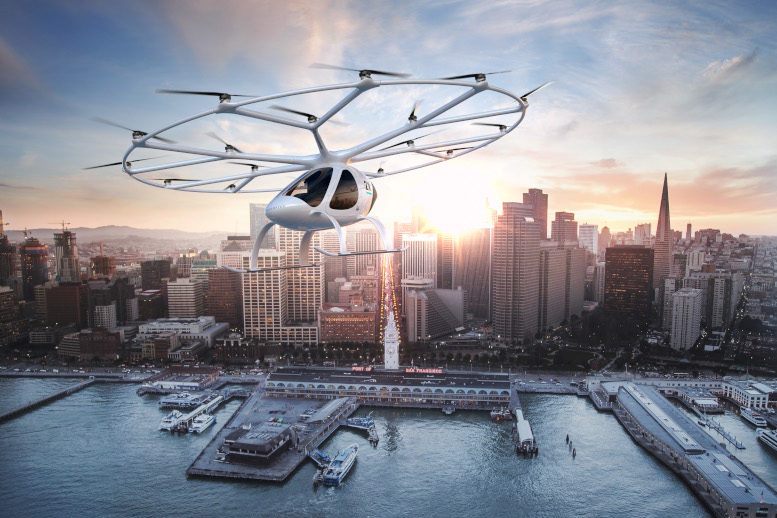 Beyond ambitious planning, what does the near future hold for flying cars? Let’s take a trip through this burgeoning tech sector and see what’s really going on.

The level of investment in transportation technology has led to a small but growing group of startups that are working on flying vehicle technology with the goal of making it a common mode of transportation.

There’s SkyDrive, which last fall completed a successful test run of an electric vertical takeoff flying car. Another company of note is Volocopter, a German outfit that makes small, emissions-free copters that carry two passengers. That company recently secured a pathway to commercial air taxi service in Singapore. Its vehicles require a driver now, but they hope to become autonomous eventually.

“The city’s research institutes conducting R&D play an integral part in this,” Volocopter CEO Florian Reuter said in a press release announcing the service. “Topics like route validation for autonomous operations, material science, and research regarding battery technology are very important for our long-term business success.”

Another area that’s seeing progress is in military testing. The Wright-Patterson Air Force Base of Greene County, Ohio, recently launched a flying car research initiative. Elsewhere, the Air Force is planning actual tests through its Research Lab, reports Military.com. Through the work conducted at Wright-Patterson, the Air Force worked out various regulations to test an “organic resupply bus” created by the company Joby.

The aim of the Air Force tests is to examine military applications, but the article notes that this could have commercial impacts as well and help put valuable research into the Federal Aviation Adminstration’s database.

Roadblocks in the Sky

As one might expect, developing and testing a new mode of commercial transportation is extremely expensive. Recently, Uber sold its flying car subsidiary, Uber Elevate, to Joby while investing an additional $75 million toward continued development. Even with that massive investment, offloading the flying car initiative was meant to help Uber’s profitability, reported The New York Times.

Despite the hype, the path toward a viable flying car network is a long and complicated one. There are many regulatory and safety concerns that would need to be addressed. There are also lots of logistical issues involved in creating a new commercial transportation network. As one BBC article noted, they include the maintenance, supply chain and parts acquisition factors that the land-based transportation industry has been maintaining for a century.

One of the biggest hurdles might actually be public perception, which has also been noted as a factor that slows the rise of electric vehicle adoption. Even with rigorous, proven testing methods, how many people will be willing to hop into an autonomous flying car?

All of those unanswered questions, paired with a lack of consensus on the best design power plant for these vehicles, suggest that widespread flying transportation is still a long way off. But with a robust pool of private investment still moving in the tech world, it will be interesting to see what comes out of those efforts.

What’s your view on flying cars, will it remain science-fiction or do you think it will become a reality in the near future? What impact do you think flying cars will have on the motor industry as we know it? Let us know in the comments below. Also, if you found our content informative, do like it and share it with your friends.