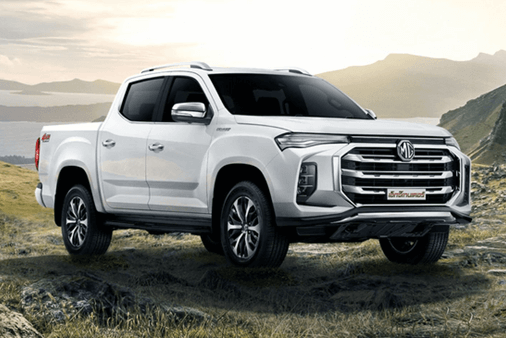 Chinese owned MG’s Extender is a bold looking bakkie aiming to rival Hilux and is going after a slice of the bakkie market in some international markets.

BANGKOK – MG is a brand that you’d more readily associate with compact sports cars from times gone by, but today the British brand is owned by China’s SAIC Motor and it’s churning out an SUV-heavy line-up of modern vehicles.

The new Extender range was revealed in Thailand last month. Although its right-hand drive configuration makes it a plausible contender for South Africa, its introduction looks unlikely at this stage as MG is no longer represented in the country, although that could change in future.

The MG load lugger would certainly have no trouble standing out from its bakkie peers, with its massive chrome grille and sporty, black-clad tailgate design with strips extending from the taillights. You expect chrome on an MG, no? 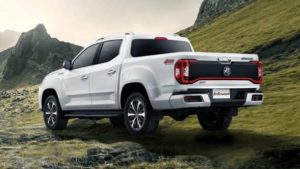 Power comes from a 2-litre turbodiesel that produces 120kW, but CarAdvice says it’s more than plausible that MG could – through its relation to the Maxus T90 – offer a twin-turbo version of that motor, with 160kW and 500Nm. This would likely happen in markets such as Australia. The MG Extender is available in both extended cab and double cab configurations as well as in 4×2 and 4×4 guises.

The cabin looks as modern as you could expect from a modern one-tonner, and features include a 25cm touchscreen infotainment system as well as Around View Camera, Lane Departure Warning and electrically adjustable front seats. 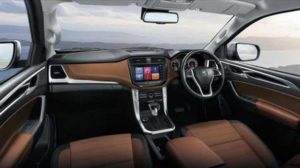 But there is no shortage of compelling competition out there, even from the MG’s home country, with GWM aiming to make waves with its new P-Series that has just been rolled out to many markets including SA.

Would you like to see this Chinese-built MG bakkie in South Africa? 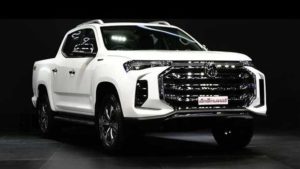 If available, would you consider buying a MG bakkie in South Africa? Do you think MG’s  new Extender bakkie pose any threat to Toyota’s Hilux range? Let us know in the comments below. Also, if you found our content informative, do like it and share it with your friends.