The 2021 Kia Picanto X-Line Is A Plucky Urban Warrior 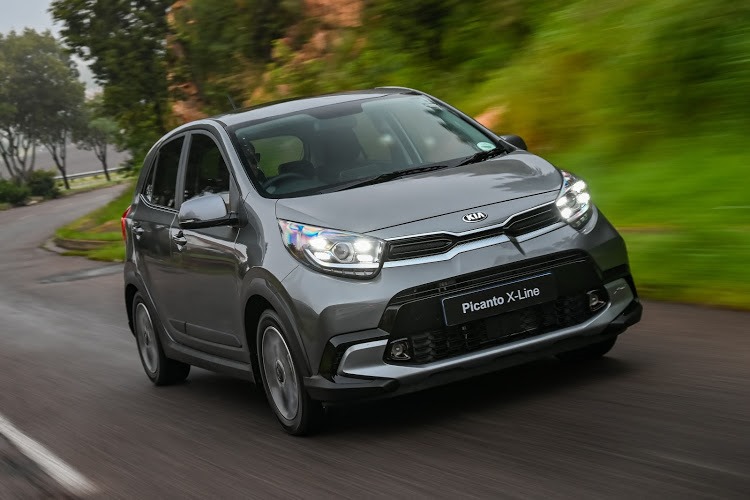 The 2021 Kia Picanto X-line is a plucky urban warrior with a host of minor revisions, refreshments and upgrades to infotainment and safety.

Manufacturers are unlikely to slow their push to satiate the demand that exists for sport-utility vehicles and their related ilk from the crossover category.

Across all segments, there are offerings that meet the criteria of the latter template. Even if you are shopping in the entry-level A segment, there are options, as evidenced by the Kia Picanto X-Line launched last week.

A micro-car with a tough and outdoorsy semblance? Where have we seen that before? Oh, yes, the Volkswagen Cross Up of 2015. Since the dainty German has exited the market altogether, Kia can lay claim to monopolising the niche with their newcomer.

While the Volkswagen Up might be regarded as the car that brought a touch of premium charm to the small city car genre, the Kia does not lag far behind at evincing a surprisingly plush character from the Picanto. Wrong turn of phrase, maybe, because it easily matches – possibly trumps – its discontinued Teutonic counterpart when it comes to the touchy-feely aspects of the interior.

A reminder that this current third generation Picanto was first launched in 2017. Last year it received a host of minor revisions, including design refreshments and upgrades to infotainment capability as well as safety specification. For the European market, upper-tier Picanto models are offered with technologies straight out of the premium class, with kit such as blind-spot warning, lane-keeping assist and a forward collision-avoidance system on offer. 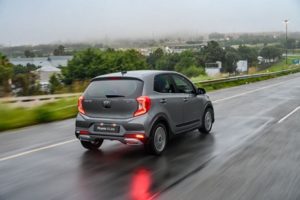 Things are a little different here, of course. Aside from missing out on these features, our Picanto range also does without the 1.0-litre, turbocharged unit offered abroad. Instead, the proven normally-aspirated 1.0-litre (49kW and 95Nm) and 1.2-litre (61kW and 122Nm) power sources remain. You can only have the X-Line with the larger displacement engine.

No prizes for guessing the reason for omitting certain elements from more matured European markets is down to cost. Little point in Kia selling a feature-laden Picanto if it costs as much as an upmarket B-segment offering.

On that note, what does the X-Line give buyers versus a 1.2 Style (manual) which is one specification grade below?

Simple answer. A little more personality thanks to a catalogue of tough-looking accoutrements, such as black plastic armour, protective skid plates and an extra sliver of trim down the side. The lower valence of the rear bumper mimics a twin tailpipe arrangement, completely fake of course.

You could snigger at this but the execution seems cuter here somehow than when Audi or Mercedes-Benz does it. 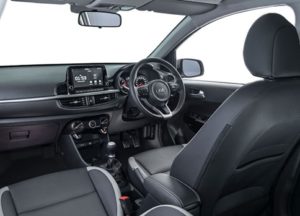 The added visual appeal of the X-Line is undeniable. Buyers can also pick from a palette of exuberant shades like Honey Bee (yellow) or Lime Light (green).

What impressed me was how confident the Picanto felt as it negotiated the hills of suburban Tshwane. Sure, climbing these elevations revealed  the four-cylinder motor needed some motivation to get moving, but the overall sense of the car was one of surprising surefootedness.

It was well-behaved at freeway speeds too, not dramatically unsettled by passing trucks or crosswinds, unlike some rivals in the segment. Supportive seats, a chunky three-spoke steering wheel and a sizable dashboard area contribute to the impression the Picanto is bigger than its diminutive packaging implies. 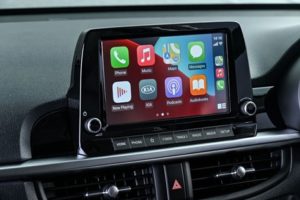 There are also no glaring deficiencies from a features perspective in the X-Line. An eight-inch touchscreen infotainment system, automatic headlights, daytime running lights, reverse camera and sunroof are all standard.

The safety bases are covered with driver and passenger airbags, ISOFIX child seat mountings and anti-lock brakes – now standard right from the entry-level 1.0 Start (R183,995). When EuroNCAP tested the vehicle in 2017, it achieved three stars. That model was equipped with dual front and side airbags.

What is your view on the new Kia Picanto X-Line? Would you consider buying one? Let us know in the comments below. Also, if you found our content informative, do like it and share it with your friends.