Motoring Winners And Losers Of 2020 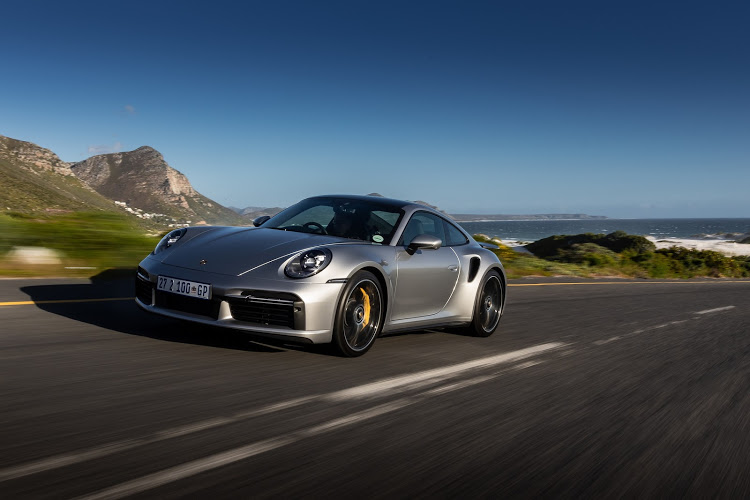 The all-season sports car just keeps getting better at covering the dichotomy of everyday comfort and tar-scorching performance. The car now blitzes to 100 in just 2.7 seconds, and yet, as playful as it is, it’s also polished. It’s always fast, but set to its normal driving mode the Turbo S has a plush ride and commuting-friendly comfort.
Image: Supplied

Despite the coronavirus and our attempts to hide from it, 2020 turned out to be quite a busy automotive year.

While our TimesLIVE team of motoring journalists Zoomed through many a car launch during the hard lockdown, virtual events eventually gave way to the real thing again, motor dealers were allowed to open their doors, and we are back to the business of driving all the latest road machines.

Some of 2020’s cars were a delight, and others not so much. Here is our shortlist of winners and losers.

Porsche 911 Turbo S – The all-season sports car just keeps getting better at covering the dichotomy of everyday comfort and tar-scorching performance. The car now blitzes to 100 in just 2.7 seconds, and yet, as playful as it is, it’s also polished. It’s always fast, but set to its normal driving mode the Turbo S has a plush ride and commuting-friendly comfort.

Porsche Taycan – Yes, another car most people can’t afford, but we would be remiss in leaving out a car with the Taycan’s brilliance. With its superbike-like acceleration, typically nimble Porsche handling, and a surprisingly comfortable ride, this zero-emission sports car silently hits all the right notes.

Hyundai Creta – The previous Creta looked anodyne, and we like what they’ve done with the edgy new styling. It gives this midsized family SUV some design va-va voom to go with its enlarged cabin and boot, and improved refinement.

Toyota Corolla – We like it for much the same reasons as the Creta. Toyota’s most popular sedan has undergone a design renaissance. It’s more premium and stylistically appealing than its conservative forerunners, and has become less appliance-like.

Land  Rover Defender – This modern, digital-savvy remake of the original Land Rover is a great effort. Yes, it’s essentially a Discovery in drag, but the boxy styling pays homage to the rugged original, and it’s more offroad-capable than ever.

Mercedes-AMG A45 S – Yes, it costs R1.1m, but this junior AMG is capable of performance that was recently reserved for exotic cars with horses on their badges. The world’s most powerful hatchback makes a hearty noise too, and has all-wheel-drive handling poise to go with the pace.

Renault Triber – A seven seater with a l-litre engine? Tells you everything you need to know. Yes it’s affordable, but this budget mom’s taxi feels desperately underpowered even with just two people on board.

BMW X4 M Competition – It’s fast but flawed. It’s capable of racing to 100 in just 4.1 seconds when using launch control, but there’s too much turbo lag and the new-generation 3.0 turbo engine lacks tractability. This sports SUV also has a very jarring ride, and the suspension is very stiff even in the softest of its three settings.

Suzuki S-Presso – The TimesLIVE team all gave SA’s cheapest car a thumbs up for its value for money and pleasant driveability – until it was crash tested and failed dismally. It scored zero stars for adult protection in the Global NCAP, and although the crashed car only had a driver’s side airbag (the version sold in SA additionally has a passenger airbag and front seat-belt pre-tensioners), the car’s body shell was rated as unstable.

Putting RS badges on non-deserving cars – Honda stuck an RS badge on the rump of its latest Ballade 1.5 and said the moniker stands for “Road Sailing”.

BMW 4 Series coupe. The most notorious nostrils of 2020 belong to the new 4 Series Coupe. Initially there was little more than shock and horror at the car’s oversized vertical kidney grilles. Time will tell whether that nose job turns out to be the styling faux pas of the decade, or we grow to like it. Still, one has to admire BMW for being daring enough to try it.