How To Modernizing Your Business Marketing 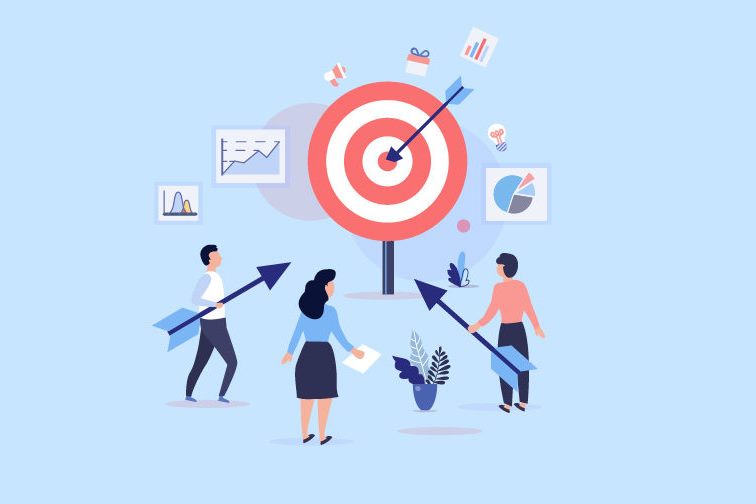 For Danny Wolfe it’s all about brand awareness.

Each Diversified Body and Paint Shop truck has the shop’s blue and silver logo plastered on the side as it drives around the local Henderson, Colo., area. The heavy-duty truck repair shop’s website is filled with photos and videos for online visitors, and every popular social media platform has an active Diversified account.

“There’s more competition now than ever, and it’s harder to reach people,” Wolfe explains. “Drivers don’t use the CB [radio] quite like they used to. Back in the day, if you had one happy customer, they jumped on the CB [radio] and told the next 10 guys about your shop.”

Because of the changing times, more effort?—particularly on digital marketing?—has to be made in order to bring in new customers.

“Now everybody’s on their cell phone, on Facebook, and social media,” he says. “When drivers are in the sleeper or on a break, that’s what they’re looking at.”

Wolfe sat down with FenderBender to share how his shop has been able to reach the niche community of heavy duty truck owners through marketing.

“I still go out to the fleet to introduce myself to drivers and sell our shop, but I’m only one person,” he says. “You can reach so many more people by using social media and marketing online.”

In order to strengthen online reach, Diversified has active accounts on almost all forms of social media.

The wide span of accounts helps to reach potential and current customers in multiple different forms, regardless of what platform they prefer. Spanning the gamut of accounts is also something Wolfe encourages others to take advantage of because of the little-to-no investment?—resulting in little-to-no risk.

“All of these social media sites are free ways to advertise, so we’ve really zeroed in on that,” he says.

Although having an account is free on these platforms, there are further options to increase reach that do cost a generally low amount of money.

“Every once in a while, we’ll boost a post on Facebook and Instagram to make sure it’s been seen by more people,” he explains. “But for the most part, it’s free?—so, why wouldn’t you take advantage of it?”

As far as what Wolfe and his team posts on their social media accounts, he says it’s all about brand awareness?—and less about sales.

“We try to keep it from being a sales pitch,” he says. “It’s more of just a fun way to get our logo out there, and to make sure the customer remembers our name and our faces.”

Wolfe suggests posting interesting snippets from inside the shop of things customers typically wouldn’t see on a normal day. The Diversified team will also send out more interactive posts to the pages as well.

“Every once in a while, we’ll throw out quizzes or we’ll do giveaways just for fun,” Wolfe explains. “We’ll ask people to like and share our post, and we’ll give away a Starbucks gift card or something.”

In keeping with the goal of not sounding too “salesy,” Wolfe says they still mention the services Diversified offers every now and again.

“Google wants as much of your website and media to be connected, and the more you have the more likely they are to share your page first organically,” Wolfe explains.

He picked up this SEO tip through his cousin who works in the field, and is the reason Diversified jumped on YouTube over seven years ago.

“We did it right as YouTube was kind of becoming a big part of business,” says Wolfe. “From the conversations with my cousin about what he’s seeing in the market, he had mentioned to me that YouTube was going to be the next big thing.”

As of now, Diversified has videos on everything from truck alignment and suspension, to body repair and fabrication, to refinishing.

Diversified Body and Paint also repairs RVs, and the team goes to trade shows throughout the year to market that service. They take this opportunity to stream the videos on a TV behind the shop’s booth for a further reach.

“You may have a customer who knows you do RV repair, but also has an uncle with a semi-truck who didn’t know we also did that (heavy-duty truck repair).”

Successfully marketing specifically to the heavy duty truck industry is difficult, far more than general collision repair?—considering a majority of the population has a car, and the same can not be said for the particular market of HDT. In order to ensure that the posts from Diversified hit the correct target market, Wolfe leans on his current customers.

“When we make a post or pay for a boost on an ad, we can target just the people that already follow our pages,” says Wolfe. “I don’t have 10,000 likes, but because the 600 people that liked my page are all either customers, people related to them, or people in the industry, we can target that way.”

When boosting a post on Facebook, the audience of “those who like the page and their friends” can be selected. Since most individuals have friends on social media in the same industry as them, this marketing tactic will reach those people as well.

“The sad thing is, that even when you’re setting up your Facebook or Google page, there isn’t a ‘commercial truck repair’ [industry] option. It’s automotive or auto body repair or automotive,” he says. “So that’s why you’ve got to have somebody on the street as well?, to target just those people.”

Although most social media marketing is free, heavy-duty truck repair shops should still have a marketing budget. That way, allocated funds can be used to further expand the brand. “We typically put a budget together at the end of each year,” says Wolfe.

This year will be a bit different for Diversified, considering they recently moved into a new location, and more marketing will have to be done throughout the year to communicate that change and attract new customers.

“Because of the move to the new building and redoing the website, it’s going to be more expensive this year,” he explains. “On average [our budget] is about 10 percent, but we were probably more around 7 percent or 8 percent last year.”

Wolfe and his team are able to have a lower budget because of the marketing and SEO connections they have in the family, but newer businesses with less connections should be allocated more to their budget.

“We’ve been in business for 30 years this year already,” he says. “So it’s gonna be different for the guy that’s just started?—for five years, he’s going to spend more.”