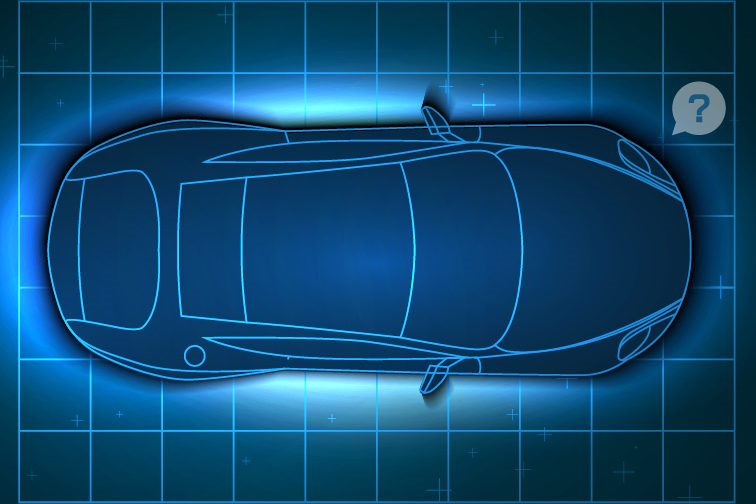 Is there ever a good reason not to pre- and post-repair scan a vehicle that comes through your shop?

Maybe the car’s so old that it doesn’t need a pre-repair scan, or the damage appears so minor on the pickup truck that scanning it will be a waste of time.

Neither of those excuses, and others, experts say, are legitimate reasons not to scan.

“It’s the only way you can definitively identify all the damage,” says Scott VanHullie, manager of I-CAR’s RTS and OEM relations. He notes that such scans are an I-CAR Best Practice.

“We try to do it on every car,” says Bob Zeno, manager of European Paint and Body Shop in West Palm Beach, Fl. “One, is consistency. Two, you don’t want your technicians or writers to determine who gets the scan and who doesn’t.”

And yet, sometimes in shops, that determination is made for the aforementioned reasons—age of the car or a lack of obvious damage—or because there are no dash lights lit, or … the list goes on.

Zeno’s shop specializes in repairing newer, high-end vehicles, many of which are equipped with high-tech and advanced driver-assistance systems, but his thoughts on consistency should hold true for all jobs, and frankly, to account for what can’t be seen.

“Do you really want to go in blind and think a visual inspection will tell you what you need?” he asks.

Nearly all OEMs will have a position statement regarding scans, Vanhullie says, which can be a starting point regarding the procedure, rather than an eye test based on the vehicle’s apparent age.

Bud Center, I-CAR manager of automotive technical research and development, says there is no consistent timeframe where the need for a scan tails off.

“There’s not a clear cutoff in year, make or model,” he says. “Anything that’s computer-controlled [with an OBD port], you should be doing it.”

While there may be some wiggle room with respect to a car’s age and scanning, as noted above, Zeno points out that soon, a vehicle’s vintage won’t matter.

He says that in the coming years each and every new model will be packed with so many safety features and tech that any excuse regarding the car’s vintage will age itself out.

Myth No. 2: There’s not enough damage.

Center says he has a go-to story when it comes to judging the need for scans based on the apparent extent of a vehicle’s damage.

He says his daughter drives a newer Jeep and was rear-ended—she lives in a different city than he does, yet he was still able to send her to a body shop he’s known for many years.

When the repair job was nearly done, he says he called the shop and asked if it had pre- and post-scanned his daughter’s Jeep, remembering the tech’s answer: “I didn’t do that, that’s only a suggestion by the manufacturer, that’s not required.”

At Center’s behest, the shop scanned the Jeep and got a code for a bad clock spring in its airbag, meaning the safety feature could have been non-functional in the event of an accident.

“Without me pushing,” Center says, “they would have sent that car down the road.”

While safety considerations are most important, missing damage can also be a missed opportunity. Zeno says that finding issues unrelated to the accident that brought a car to the shop is a chance to upsell the customer.

“It’s good business” to scan every vehicle, he says.

Another consideration is prior damage to a vehicle that can interfere with the repair at hand. “You can’t see internal faults until you put the whole car together and it doesn’t work,” says Zeno.

Beyond scanning when it comes to ADAS calibrations

Just as some faults require a scan because they won’t show up as lit dash lights, not all needed advanced driver-assistance system calibrations will show up via scan. Come again?

That’s according to Vinie Putrino, a lead ADAS technician with Autel. He says an absence of codes is not an excuse to not calibrate, and that understanding the physical interconnectedness of ADAS will help techs avoid getting caught up in a “domino effect.”

“You can do one thing and something else has to follow,” he says. “And sometimes that domino effect isn’t signified by a trouble code or any scan a technician may do. They have to know based on what they’re doni that they may have to follow up with something else.”

For instance, he says, some repairs may require the removal of a radar sensor from a car. Most techs can do that work with the vehicle’s ignition off, he says, but the mere fact that they moved that sensor around should result in getting a calibration for the radar.” >p> “Just because there’s no code, that doesn’t mean that there’s no work to be done on a car,” says Putrino.

In short, there are all sorts of issues that won’t trigger a dash light, says Center. “You have to scan those vehicles.”

Additionally, VanHullie says, certain faults have to happen so many times until the light is triggered. It could lead to a situation where a light turns on in a customer’s car after a repair, he says, making that customer believe his or her vehicle wasn’t properly fixed, prompting a trip back to the shop.

Scanning each and every vehicle is a standard operating procedure across the mechanical repair industry, and Center says the collision repair industry is playing catch up.

“We should have been scanning vehicles a lot longer than we’ve been talking about it,” he says. At European Paint and Body, the procedure does many things.

“Scans serve a multitude of purposes,” says Zeno. “To absolve the repair facility of preexisting conditions, or to upsell jobs, [have] proof to get damages covered by insurance, [give] the ability to give a quality repair and cover all the bases.”

Zeno points out that scans will only become more important as more vehicles come equipped with advanced driver-assistance systems and other advanced tech.

The bottom line when it comes to scans, both VanHullie and Zeno say, is identifying a vehicle’s damage so it can be properly repaired.

“If you don’t find all the damage and someone gets hurt,” Vanhullie says, “that’s where all of a sudden they’re going to be lookin at you.”