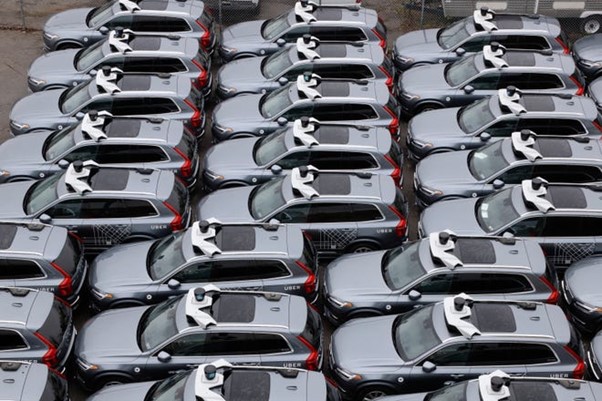 By Riley Beggin, The Detroit News

Major automakers unveiled more than a dozen policy proposals Wednesday they say would make it easier to roll out autonomous vehicles on a large scale in the coming years.

The Alliance for Automotive Innovation — which represents most major automakers including General Motors Co., Ford Motor Co. and Fiat Chrysler Automobiles NV — among other things asked federal policymakers to create a new vehicle class for AVs, and asked state policymakers to harmonize their policies to make it easier for automakers to test and deploy AVs across different states.

“As our companies start to make plans and critical decisions about where and how and when to build and deploy these technologies, they need to know that policies are in place here in the U.S. that will support those plans and those decisions.”

Existing safety standards vary by type of vehicle, but they all assume the presence of a human driver, which automakers say stymies a mass roll out of AVs. The group proposes creating a new class for AVs that would include applicable safety standards or updating existing standards to include AVs “as expeditiously as possible.”

The Alliance also called for Congress to raise the existing 2,500-vehicle cap on exemptions for AVs, revamp road infrastructure to accommodate self-driving vehicles and approve tax incentives to support the vehicles’ research and development.

The historic home of the American auto industry, Michigan is racing against foreign rivals and Silicon Valley tech giants to be one of the centers of self-driving vehicle development as the technology advances.

Last year, the U.S. Department of Transportation gave $7.5 million to Detroit, the state of Michigan, the University of Michigan and the American Center for Mobility to test and develop self-driving cars as a part of a $60 million grant program for AV testing. The state Department of Transportation also piloted a program to create a digital map for AVs to use on state roadways in 2018.

And this summer, state and local officials announced plans to build a first-in-the-nation corridor between Detroit and Ann Arbor for autonomous vehicles and public transit options.

“We want to make it very clear: Michigan is the undisputed leader in the nation’s automotive landscape,” Gov. Gretchen Whitmer said at the time. “Whether that is building cars, improving infrastructure or creating an ecosystem to solve the biggest challenges in future mobility.”

The group of automakers is pushing for its 14-point plan to be rolled out over the next four years under the administration of President-elect Joe Biden.

U.S. Sen. Gary Peters, D-Bloomfield Township, has pushed legislation for years that would direct the Department of Transportation to update safety regulations to accommodate self-driving vehicles. In a statement Wednesday, he said that Congress must implement “a strong federal framework” to safely advance AV deployment.

“The current patchwork of voluntary guidance at the federal level is simply not sufficient to ensure the United States can remain a global leader on auto innovation — and a leader in manufacturing jobs in this field,” he said.

Auto safety experts argue that self-driving cars may help improve road safety because around 94% of crashes are caused by humans. Reagan Payne, emerging technologies policy manager for GM, said Wednesday the group’s goal is to increase safety by speeding up the roll-out of this “lifesaving technology.”

A report released earlier this year indicates self-driving cars would likely reduce accidents, but may only stop around a third of them. AVs won’t drive drunk or get distracted like a human driver, but they may make errors like misjudging other vehicles’ speed or drive too fast for road conditions.

One of the policy proposals unveiled Wednesday seemed aimed at improving that technology by implementing a national pilot program to test AVs and expose the public to the vehicles under the guidance of federal safety experts.

Article Credit to The Detroit News.