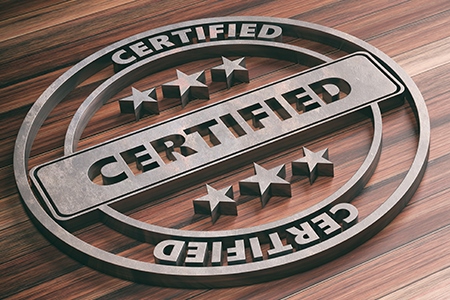 Failure to develop a dealer relationship might be a significant roadblock to earning a return on investment for OEM certification, according to a supplier of the equipment OEMs require for such networks.

Many collision repairers get certified but lack such a relationship, Reliable Automotive Equipment President Dave Gruskos said on the recently released virtual course, “Leveraging Your OEM Certifications.” The class and all other virtual SCRS Repairer Driven Education classes will be available for access and unlimited replay on-demand through Aug. 31, 2021.

He presented a slide with four “Simple Questions” for certified auto body shops:

Identify your dealership’s general manager, service director and parts manager. Have you introduced yourself to the service drive personnel?

If a shop can’t answer all four, then it lacks a relationship with the dealership, and “I don’t even know why you’re certified,” he said.

The general manager wants the shop they partner with to look out for “their customer,” Gruskos said. “Because it’s not your customer, it’s their customer that’s going to your shop.”

The service director wants the body shop to fix the car correctly and get it to the dealership “when you’re supposed to.” The service drive personnel need to find sources of revenue and can be “one of your best salesman.” according to Gruskos. The parts manager wants the shop to buy all the parts from the sponsoring dealer, he said.

Gruskos said he’d visited many sponsored and certified shops where “they have never gone to the dealer,” he said. The owner doesn’t make the effort to do so.

A dealership owner won’t want to be in business with someone like that, Gruskos said.

The relationship might also involve subletting all mechanical work, pre- and post-repair scans, glass replacement and alignments back to the dealership, according to Gruskos.

He noted on the last of these that he drove an Audi Q7. A wheel alignment probably costs $1,200, and the dealership has all the right equipment to do it. Sending the vehicle there meant the dealer would be “truly a partner” for the collision repair.

“Are you truly, truly a partner with your sponsoring dealer?” Gruskos said.

Don’t think a dealership will sponsor you for a certification renewal automatically, Gruskos said. “It is a marriage” being a sponsored certified facility, he said.

He offered four more steps a repairer should take to be a good partner.

Sponsor lunches in the service department, Gruskos said. He called it a “cheap thing to do” that allows technicians and other service personnel to get to know you. It’s peace of mind for them, he said, arguing that they wouldn’t want an oil change prospect whose vehicle was fixed badly.

Review OEM repair procedures with the dealer, who sometimes might be unaware of the rules, he said.

Fit the OEM image. As Gruskos described it: Does your shop offer the professional feel the customer receives at a service center?

Be a sales partner. Gruskos gave the example of a shop who alerts a dealership that a vehicle is likely to be totaled. The dealer can then pitch the customer a newer model as a replacement.

The dealership might require the repairer to rent space in the dealer drive, he said. But he called a body shop presence there a “great extension of your business,” Gruskos said.

41 percent of vehicles which pass through a dealership service center need some sort of minor collision repair, according to Anderson, the CEO of Collision Advice.

The average repair order would be in the $900-$1,200 range, entailing mostly labor and offering quick turnaround, he said. These are “gravy jobs,” Anderson said.

At a small to midsize dealership, a service center would see an average 100 cars a day, Anderson said.

A slide from the presentation broke down the massive opportunity this provided a shop.

A month with 21 working days means the dealership sees 2,100 vehicles, and 861 of them (41 percent) need collision work. Over the course of a year, 10,332 vehicles will need collision repair.

Not all the customers are going to be wiling to pay for what would likely be out-of-pocket repairs, though Anderson described the consumers more as “too busy” to get the work done.

Collision Advice CEO Mike Anderson shared with the virtual “Leveraging Your OEM Certifications” 2020 Repairer Driven Education audience  a statistic he said he learned from Bodyshop Booster CEO Ryan Taylor and substantiated with Mohawk Honda. 41 percent of vehicles passing through a dealership service center need body work, often minor. He presented this slide on how that could work out into a lucrative opportunity for a body shop. (Screenshot from SCRS video)