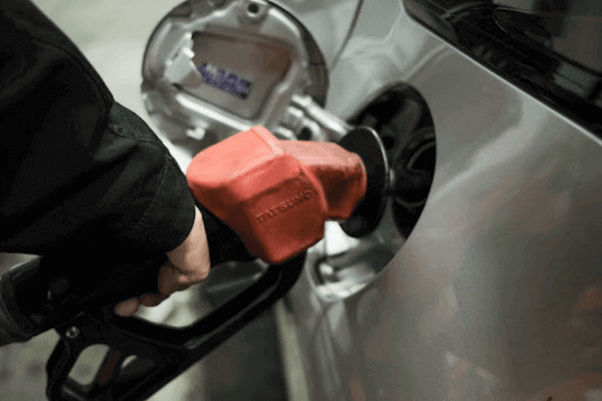 Toyota, Subaru and Mazda bet on greener combustion fuels believing different technologies, in addition to EVs, will contribute to cleaner transport over the coming decades.

Japanese auto giants are hedging their bets on the future of transportation, pressing ahead with the development of cars that run on cleaner fuels while the momentum around electric cars builds globally.

“The world is moving toward electric vehicles. There’s no doubt there,” Tomomi Nakamura, Subaru Corps president, said at the Suzuka race circuit east of Osaka Saturday.

“But is it going to be a world of only EVs? No one can answer that question right now.”

Subaru is exploring the potential that other options – such as cars powered by carbon-neutral fuels – may have a role to play in lowering fleet emissions, according to Nakamura. Along with Toyota Motor Corp and Mazda Motor Corp, Subaru entered vehicles equipped with engines that burn hydrogen and different carbon-neutral fuels in a road race in Japan’s Mie Prefecture over the weekend.

The chiefs of the three Japanese auto majors took the opportunity to lay out their belief that different technologies, in addition to EVs, will contribute to cleaner transport over the coming decades.

Compared with a year earlier, support for hydrogen has grown among the people who create, transport and use the fuel, Toyota president Akio Toyoda said at a briefing at the race site. Carbon neutrality “is not something that can be immediately realised”, but racing and building awareness around Toyota’s hydrogen-powered car is an example of how “actions today are creating that future”, he said.

The comments by leaders of Japan’s auto industry reflect a strategy that diverges from many of their US and European peers, who hopped on the EV bandwagon in droves over the past few years, pledging to offer only battery-powered cars within decades’ time.

The Japanese carmakers’ approach of maintaining a broad range of options has drawn criticism from those who argue they will fall behind in the pivot to battery-powered cars. The companies themselves note the cost of cleaner fuels remains a challenge and there are a number of steps that need to be completed before commercialisation of the new engines will be possible.

At the same time, offering a mix of traditional and new technologies is a pragmatic way of meeting the immense challenge of cleaning up a business built on decades of burning hydrocarbons, they argued. Even as EVs take off globally, the technology faces a number of sticking points, from prohibitively high end costs to challenges associated with the procurement of raw materials needed to make batteries.

The strategy of building out diverse technologies is cemented in Japanese automakers’ road maps and expenditure plans for the coming decade. Toyota is investing heavily in its build-out of EVs while also continuing to spread its bets – announcing in December plans to spend half of ¥8-trillion (roughly R1,002,393,700,000) on EVs and the rest on building out hybrid and hydrogen technologies.

Meanwhile, Subaru is targeting carbon neutrality with hybrid and battery-electric cars set to make up around 40% of its global sales in 2030. On Saturday the automaker’s chief highlighted the speed at which he’d seen the US market and regulations shift over the past two years and promised to provide an updated technology road map for the company in the new year beginning April 1.

Ultimately for legacy automakers, tweaking engines to run on new fuels is also a way to retain technologies they’ve built up over decades.

“As no-one knows what the future will look like,” Nakamura said, “the question now is whether it’s the right move to eliminate the internal combustion engine entirely.”

Main Image: Japanese auto giants are pressing ahead with the development of cars that run on cleaner fuels. File photo. Image: Bloomberg

What is your view regarding the research into alternative green fuel in addition to electric vehicles?  Let us know in the comments below. Also, if you found our content informative, do like it and share it with your friends.