Here’s How Electric Cars Could Be Detrimental To Road Safety 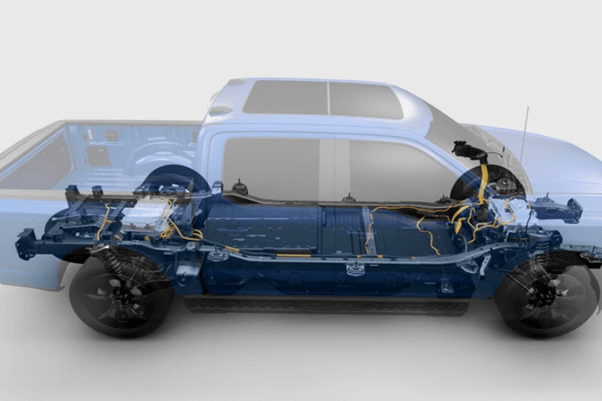 Here’s how electric cars could be detrimental to road safety because they are far heavier than internal combustion engine vehicles translating into a mixed bag of benefits and concerns.

All things being equal, choosing an electric vehicle over one with an internal combustion engine is likely to be a better move for the planet, assuming that the power used to charge it is generated cleanly.

But all things aren’t always equal: Battery-powered cars and trucks tend to be far heavier than their petrol-burning counterparts. That extra bulk translates into a mixed bag of benefits and concerns, especially when it comes to safety. The occupants of heavy vehicles tend to fare better in an accident, explained Michael Anderson, the University of California professor who co-wrote the study “Pounds That Kill: The External Costs of Vehicle Weight.”

“Really what it’s doing is essentially pushing the other vehicle that you crash into out of the way and subjecting you to gentler deceleration forces,” he said.

At the time of his study, 2011, Anderson was concerned about what a tide of SUVs and super-sized trucks would mean for road fatalities. And he was prescient; in the years since, US road deaths have surged in step with the average weight of the American vehicle.

Anderson was less concerned with electric vehicles, because he figured the batteries would show up first in hatchbacks and sedans like the Nissan Leaf and the Tesla Model S, another thesis that panned out.

In the next few months, however, the safety landscape in the US will change drastically, as several huge and heavy electric vehicles hit the streets. By the end of the year, about 18 new battery-powered SUVs and pick-up trucks will be available for US buyers to choose from.

South Africa’s electric car portfolio is also expanding, with Audi, BMW and Mercedes all launching numerous EV models this year, although at this stage there is no word on when an electric bakkie will be offered.

“What matters is less the average weight than the heterogeneity,” Anderson says. “There could be a window where it’s pretty unsafe to be driving (small, petrol-powered vehicles) and getting into multi-vehicle accidents.” 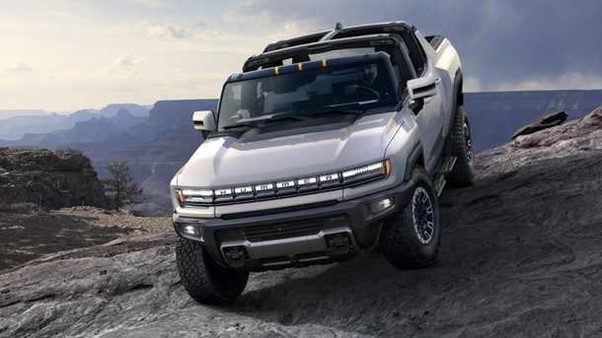 Consider the GMC Hummer EV, which tips the scales at almost 4128kg, roughly the equivalent of two Chevrolet Silverado pick-up trucks. It’s hard to imagine any collision it might be involved in as minor. Ironically, as more drivers choose massive trucks over family cars, some consumers who prefer smaller cars are turning to trucks as a form of defense.

Despite the extra pounds, most of the current crop of electric vehicles decelerate at distances in line with – and sometimes better than – similarly sized petrol or diesel vehicles, according to data compiled by Consumer Reports.

There are a few reasons for this.

Carmakers are fitting many of these vehicles with larger brakes, for one. Secondly, electric vehicles have regenerative braking systems in which the electric motors slow the machine slightly while generating power. Brembo, which supplies many of the brakes to carmakers, says the regenerative systems often entirely compensate for the additional weight, which is typically at least 10% more than that of a similar combustion vehicle.

Finally, electric cars tend to have better weight distribution and lower centres of gravity than ICE-powered cars, thanks to the ponderous battery sealed under the floor of the machine, so braking power is spread more evenly among the four wheels and the tires have more friction with the road. “It all counteracts the additional momentum,” says Jake Fisher, an engineer who leads auto testing at Consumer Reports. “In a physics equation, it cancels out.”

On Polestar vehicles, regenerative braking via the motor handles much of the deceleration, including in relatively sudden stopping situations, Christian Samson, head of product attributes, said in an e-mail. Even so, its engineers did not factor that into their equations when deciding how big the brake pads should be.

“Friction brakes are dimensioned and capable of handling all of the vehicle’s braking despite having the regen system, which, in reality, handles the bulk of the deceleration,” Samson explained.

Audi engineers say the regenerative systems on its current electric vehicles handle up to 95% of slowing and stopping, including about 30% of the deceleration in an emergency situation. The Audi e-tron, for example, stops more quickly than the company’s Q7 SUV, according to Consumer Reports, despite being 14% heavier. In fact, the e-tron brakes are used so little that Audi had to design a special protocol to keep the pads from getting corroded.

Of course, stopping distance is only pertinent when brakes are engaged. If the pilot of a mammoth EV accidentally steps on the accelerator, isn’t paying attention or can’t see the vehicle’s path very well, its full mass will come to bear, situations that may be exacerbated by the violently quick acceleration most electric motors are capable of.

There are about four pedestrians killed by pick-up trucks making a left turn for every fatality caused by a conventional car in the same situation. The Insurance Institute for Highway Safety blames poor visibility and links the decade-long surge in pedestrian fatalities to steadily bulked-up vehicles.

The problem has caught the attention of federal regulators. In March, the National Highway Traffic Safety Administration proposed updating its five-star safety ratings program for new cars. If the change is made, carmakers, for the first time, would have to build with pedestrians in mind to get high marks.

What’s more, researchers have found a direct correlation between pedestrian fatalities and the weight of the offending vehicle. Equally troubling, the blind spot in front of hulking pick-up truck bonnets can be up to 3.3 metres longer than that of sedans, according to a recent Consumer Reports study.

The insurance industry, however, is sanguine about the mass market transition to EVs. Janet Ruiz, director of strategic communications for the Insurance Information Institute, said EV pilots tend to have cleaner driving records than their petrol-powered peers; specifically they speed less and log fewer miles. A 2020 study from the Highway Loss Data Institute found that electric vehicles were tied to roughly 20% fewer claims than similar vehicles running on petrol, although the severity of their claims were slightly higher.

As for the Hummer, its stopping hardware was considered just as carefully as its 0-60 acceleration. General Motors spokesman Chris Bonelli said the truck has an “upsized, robust” brake system, a full suite of active safety features like reverse automatic emergency braking and torque vectoring, a technology developed in sports cars that, at least in some cases. could help the 1,000-horsepower (745kW) truck steer around potential collisions.

Do you think the benefits of driving an electric vehicle outweigh the negative aspects or do you think it’s all hype and both internal combustion engine and electric vehicles are equally bad for the environment? Let us know in the comments below. Also, if you found our content informative, do like it and share it with your friends.