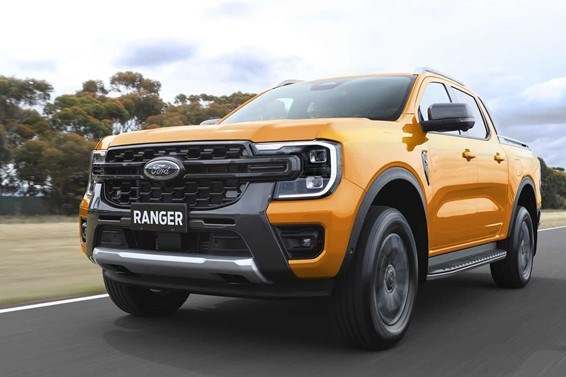 The new V6 Ford Ranger to produce 184kW of power, which is ideal for customers who tow loads, drive off-road or prefer the benefits of a large displacement engine.

Ford has confirmed what has been a hotly debated topic since the reveal of the new Ford Ranger late last year.

The new 3.0-litre V6 turbodiesel engine that will serve on the new Ranger and Ford Everest line-up will produce 184 kW of power and 600 Nm of torque.

Ford Motor Company of Southern Africa (FMCSA) also on Tuesday confirmed the power outputs for the revised 2.0-litre bi-turbo and 2.0-litre single turbo diesel engines that will be offered on the next generation Ranger.

“The new V6 3.0-litre turbodiesel engine on offer in both the next generation Ranger and Everest will produce an impressive 184 kW and deliver 600 Nm of torque.

“This option is ideal for customers who tow loads, drive off-road or prefer the benefits of a larger displacement engine,” said Neale Hill, Managing Director of FMCSA, as local media were given the first real life glimpse of pre-production Ranger and Everest models on Tuesday.

“For customers whose primary focus is on efficiency, the familiar 2.0-litre bi-turbo and single turbo diesel engines with its characteristic strong low speed and great throttle response and optimal fuel economy and emission levels are still on the global spec sheet.”

Hill stopped short of rubber stamping the exact specifications South Africans can expect on the local lineups of the new Ford Ranger and Everest.

“We are not quite ready to confirm the engine line-up for South Africa yet, as we need to keep some surprises in our toolbox. But I believe you are as excited as we are at the prospect of all of these engine offerings.”

The 184kW/600Nm version will ensure the battle between the new Ford Ranger and its great rival, the Toyota Hilux, will get hotter than ever.

Last month, Toyota announced the reintroduction of a GR-S on the Hilux range, whose 2.8-litre turbodiesel engine will produce 165kW/550Nm, 15kW/50Nm more than the standard model.

That edges the current generation 157kW/500Nm 2.0-litre bi-turbo Ranger, but will play second fiddle once again when the V6 Ranger arrives.

FMCSA has not divulged any details yet on the new local Ranger Raptor’s engine specifications. During its global reveal last month, it was announced that the new Raptor would feature a twin-turbo 3.0-litre EcoBoost V6 engine producing 292kW/583Nm.

Some markets will continue getting the current 2.0-litre bi-turbo diesel mill.

The launch date and pricing for the new Ford Ranger, which will be built at the upgraded Silverton Assembly Plant, has not been announced yet. It is expected to be rolled out locally alongside the new Everest before the end of the year.

Article Credit To The Citizen.

What is your view of the ongoing deteriorating of the roads in South Africa notwithstanding the continued increase in fuel prices and associated road taxes? Let us know in the comments below. Also, if you found our content informative, do like it and share it with your friends.