Everything You Need To Know About Drive Belts 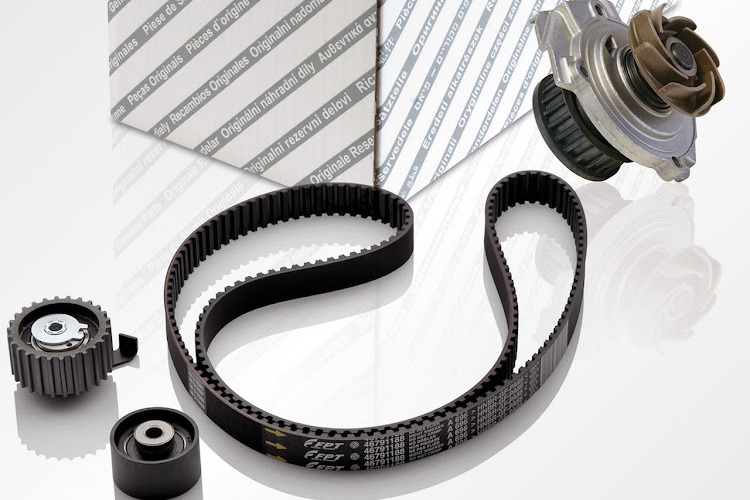 Everything you need to know about drive belts because there are several problems with synthetic, rubber-like drive belts on an engine.

The first is that, if left to their own devices, they will eventually break. That applies to most man-made things, but some last longer than others.

A chain, for example, can also break, but with proper lubrication a good chain can last for the life of the engine, which is as good as forever. That is why a timing chain is preferable to a cambelt. However, to drive things such as the alternator, power steering pump and air conditioning compressor, a chain is not practical and this is where most engines use belt drives.

The second problem with a belt is that on modern, tight-fitting engines the drive belts are often hard to reach. The third problem is a multitude of different belt sizes and each engine will only accept the right one(s) with a limited allowance for length variation. A workshop in the bundu might not have a suitable one for your 10-year-old vehicle should disaster strike there.

The good news is that the design and materials used for accessory drive belts have improved tremendously since the days of the old V-belt. Belts became wider, thinner and flat, typically with multiple longitudinal ribs on one side, and a smooth surface on the other side. The ribs are still V shaped, retaining the advantages of belt gripping in the matching grooves on the drive pulleys, but being thinner, the belt can go round tighter curves without suffering undue internal stresses.

The breakthrough in materials came with the discovery by German scientist Karl Ziegler of a process to produce a specific material with miraculous properties. It is called EPDM (ethylene propylene diene monomer) and has incredible resilience, flexibility and durability. It is unbeatable as far as elasticity and resistance to ageing are concerned. It is tear-resistant, has high tensile strength, is impervious to oil, grease and UV radiation, shrugs off temperatures from -45 to 135 °C, and contains no toxic substances. Ziegler subsequently teamed up with Italian scientist Giulio Natta and in 1963 the two men were rewarded with the Nobel prize for Chemistry for their work in controlled polymerisation.

This material was seized upon by many industries, including the motor industry. The pre-eminent Gates Corporation (no connection with the Microsoft man) combined EPDM with fibreglass tensile cords to produce a superior range of drive belts. These have a much longer service life than the V-belts of the past.

However, the multi-ribbed belts are not entirely maintenance-free. Long-lasting does not mean everlasting. Over time, such a belt will lose material from the flanks of the ribs, causing it to start slipping over the pulleys. Gates have developed a simple, plastic wear gauge to check both the belt and its pulleys. But more importantly, things can go wrong in the peripheral components of a belt drive.

Bearings in the pulleys can fail, tensioner springs can collapse, pulley alignment can go out (the most common cause of premature belt failure), the torsional vibration damper sometimes fitted on the crankshaft pulley can fail.

All these things will accelerate belt wear.

This explains why manufacturers specify replacement intervals, sometimes strangely short intervals, for belts. They realise that not all owners are going to pick up the signs of premature wear promptly. Unlike the replacement interval on a cambelt, where I would adhere to the manufacturer’s prescription unquestioningly, car owners can save a lot of money by avoiding unnecessary replacement of multi-ribbed belts provided they inspect the belts regularly once they are into “injury time”.

This is especially relevant for buyers of used cars which may not come with a service record. Gates recommends that multi-ribbed belts be replaced at least once every four years or 100,000km, but if you don’t know when it was last done regular inspection is the only option.

A proper inspection of a belt requires that the belt be removed from its pulleys, flexed inside out, and scrutinised for cracks on the ribs, frayed edges, rib separation, missing chunks on the ribs (“chunk-out”), oil contamination and loss of material on the rib flanks. At the same time the pulleys and tensioner can be checked. All of this is within the scope of the ordinary home mechanic.

Fortunately, a distressed belt will usually produce warning noises. A noisy belt always indicates a malfunction. To trace the noise, the drive system must be loaded by putting the air conditioner and fan on full, turning the lights on, turning the front wheels three-quarters to left or right and switching the defroster on.

Here are some typical noises you may hear:

Main Image: Belts are used to drive many of your car’s functions. Image: Supplied

Do you service your vehicle according to the OEM service intervals that includes the replacement of drive belts to ensure your vehicle doesn’t let you down? Let us know in the comments below. Also, if you found our content informative, do like it and share it with your friends.