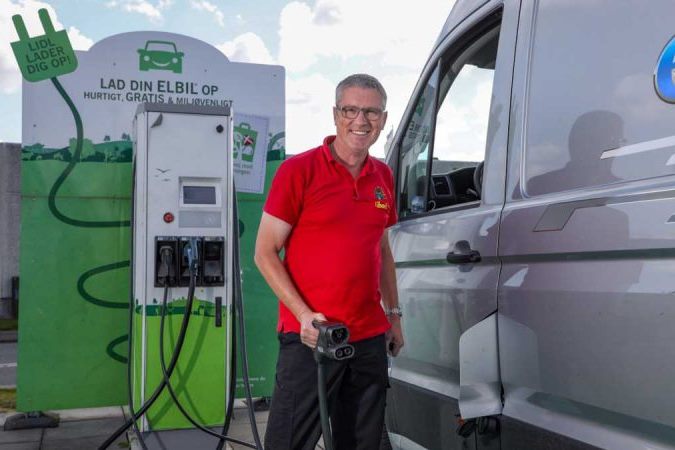 Electric road trips that demonstrate the capability of electric vehicles are becoming more and more common, but those taken in electric campervans are somewhat rarer.

A recent trip shared by the commercial vehicle arm of German car maker Volkswagen is one such electric road trip.

The account details a trip taken by Volkswagen fan Frank Eusterholz, who decided to convert an all-electric eCrafter van into a camper by using a “plug and play” camper module from German PlugVan.

According to the account, Eusterholz drove 7,500km from VW’s headquarters in Hannover, Germany, up to North Cape, the very northern tip of continental Europe in Norway.

“Anyone can do it in a diesel after all,” he was quoted as saying in a release. “I’m probably now the first person to have been at the North Cape with an electrically powered van/camper.”

While 7,500km could be considered a measly distance when compared to the vast reaches that electric car owners have driven in Australia (for example, Linda Rohrs’ around Australia trip that saw her travel 17,000km in a Tesla Model S in 80 days), what is notable about Eusterholz’ trip was thathe did it in a vehicle with quite limited driving range.

The Volkswagen eCrafter, which is produced at the German car maker’s van factory in Wrzesnia, Poland, is designed primarily for the logistics, shuttle and delivery markets, which VW says drive around 70-100km a day.

With that in mind, the eCrafter with 35kWh battery is rated to drive around 170km on a single charge, and this being the WLTP driving cycle we know the real world driving range is likely about 70% of that figure.

Eusterholz calculated that his trip would require at least 44 charging stops – and thankfully in Europe, there are now enough electric car chargers to make that a feasible mission.

In fact, he ended up stopping 95 times to recharge the eCrafter, taking a few detours and side trips along the way.

This was his preferred way to travel, he said, and the need to stop and charge the van in fact made the trip more enjoyable as it made him relax and recharge himself.

“You slow down, drive in a more conscious way and, at the end of the day, are actually more rested when you reach your destination,” he was quoted as saying by Volkswagen.

As with just about any long distance road trip, Eusterholz experienced one episode of range anxiety. Rolling into one town with just a few kilometres left on the guess-o-meter, he found the local charger was out of order.

Luckily, a local GP allowed him to plug in at his surgery, which meant he could continue on his way.

Regenerative braking played an important role in the trip, too. Driving up the zig-zag roads of Norway’s famed Trollstigen with 100km range left at the bottom, Eusterholz says he reached the top with only 50km left. However, coasting back down the range he was able to recuperate 40km to bring the battery back to 90km on the other side.

Would he do it again? “In a flash, any time,” said Eusterholz.

What are your thoughts on the roll-out of electric vehicles in South Africa and even further into Southern Africa? When do you think we will be able to take a Johannesburg to Cape Town road trip in an electric vehicle? Let us know in the comments below. Also, if you found our content informative, do like it and share it with your friends.