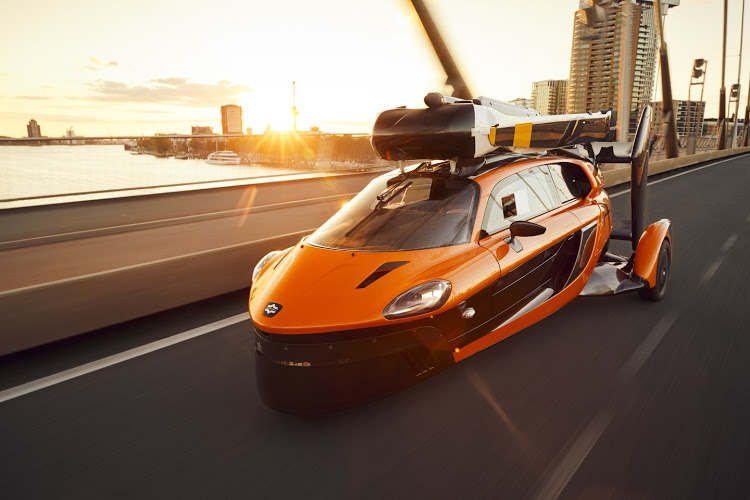 The Pal-V Liberty is the first flying car to become road-legal.
Image: Supplied

The Pal-V Liberty has been approved for roads in Europe.

The allure of being able to escape traffic gridlock in flying cars has fascinated humans ever since the idea was popularised in the 1960s television cartoon The Jetsons.

Now the idea has come closer to reality with the Pal-V Liberty flying car being approved for road use in Europe. Though there are numerous other flying-car prototypes in development, the Dutch-developed Liberty is the first one allowed on the streets with a licence plate after passing stringent European tests.

Over the next few months the Pal-V will be undergoing endurance testing on European roads and it’s sure to be a head turner.

To meet aviation certification the Liberty still needs to fly through a few administrative hoops, including completing more than 1,200 test reports before the final 150 hours of flight testing can take place. After this, deliveries to customers will start – and it won’t be cheap at a price of around R10m.

According to Pal-V, which is based in Raamsdonksveer, The Netherlands, the reservation book is growing beyond expectations.

The Pal-V requires a gyroplane licence which can be obtained with about 30 to 40 hours of training. The company says that 80% of future Pal-V car flyers are new to aviation, and some of them have started the training for a gyroplane flying licence at the Pal-V FlyDrive Academy.

With its flying gear folded on the roof the two-seater is about the size of a regular car and has a top speed of about 160km/h from its 75kW petrol engine, with a claimed driving range of 1,315km from the 100l fuel tank.

It takes five to 10 minutes to turn it into an aircraft by unfolding its rotor blades and propeller. Then it transforms into an autogyro which, unlike a helicopter, has unpowered rotor blades. This means the propulsion from the propeller at the rear causes the blades on top to spin and create lift.

It therefore needs a runway to take off and land, and you can’t simply decide you’ve had enough of the traffic jam and take off vertically. However, the Pal-V does allow you to drive to an airport or air field, fly to your destination, and then switch back into car mode for the final part of the journey.

Once airborne, its maximum speed is 180km/h and it can reach an altitude of 3,500m, with a flying range of up to 500km with just the pilot or 400km with a passenger.

Hans Joore, test driver of the Pal-V, states: “When I fired it up for the first time, I really got goosebumps! All the effort that we put into it came together at that crucial moment. Hearing the vehicle come to life was just magnificent and driving it was great. It is very smooth and responsive to the steering and with a weight of just 660kg it accelerates really well.

“The overall experience is like a sports car. It feels sensational!”