Five Cool Vehicle Technologies You Might Not Be Aware Of 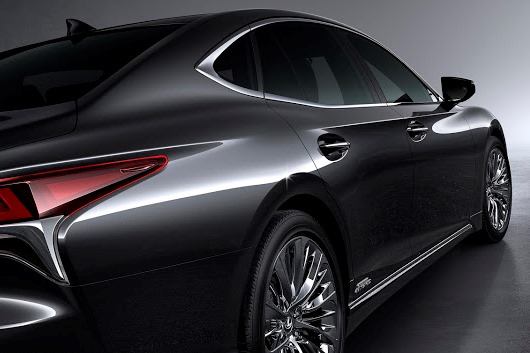 Lexus was first to introduce self-healing paint in its LS range as far back as 2014. Imagine the savings on money for small paint touch-ups.
Image: Supplied

From low-rider inspired suspension systems that help 4x4s free themselves, to pre-emptive door locks that keep children safe from harm, the motoring world is a hotbed of innovation. Here Phuti Mpyane takes a look at some technologies you might not even know existed.

It sounds absurd but it’s actually real. Self-healing paint uses a softer clear coat that isn’t completely dry. Scratches have the effect of allowing a rearrangement of the molecules that make up the coat. When heat from warm water or sunlight is applied onto the surface, these molecules use the solar energy to rearrange themselves in their original scratch-free state. Lexus (above) championed this tech and Nissan followed suit.

Discovered purely by surprise inside an F30 BMW 330d, the voice recorder is as simple as it sounds but the uses are crucial. Unlike voice control which is now de rigueur even in budget cars, and where you click a button and speak your commands into the car, the little known voice recorder feature allows drivers to record conversations in small bytes.

You can then play back the conversation at a convenient time. Imagine the convenience of recording a cellphone number, an address or even a person’s name while driving instead of the unsafe option of typing into your mobile device.

Mercedes-Benz has used the American car culture of low riders fitted with hydraulics that can launch a car clear off the ground to enhance its new GLS class. In the past, driving off-road meant taking on the risk of getting stuck in ruts or soft dunes, with fewer options to assist in burrowing out a beached car. Now, before calling the rescue squad, in your GLS at least, there’s a new feature that uses the air suspension to bounce the car up and down.

Reversing a car remains one of the skills that defeat many a licensed driver. To assist in this at times nerve-racking action, BMW has introduced a number of reversing assistance functions such as remote control reverse in the 7 series. The new reverse assistance also goes above the “bongs” and camera fed views.

Newer BMWs can now automatically steer out of slots using the exact path the wheels travelled when parking in. A driver needs only to moderate the throttle. The car does the steering all on its own in whatever steering angle or combination initially used.

Some technology may not be dazzling but is crucial and respectable in its operation protocols. Take Kia’s door sensing tech. If a car is stopped the vehicle constantly monitors its surroundings and when the sensors pick up an approaching vehicle, or an obstacle, the doors remain locked. You won’t be able to open them even if you tried until the oncoming vehicles pass. This is a critical feature for people with little people who are always ready to jump out without a care in the world.