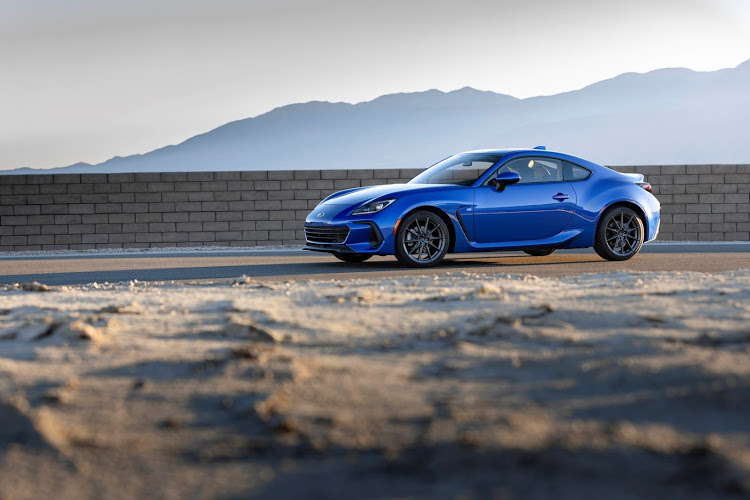 Maybe we need to see it in the metal but at the time of writing we’re not 100% sold on the new BRZ’s looks.
Image: Supplied

Subaru on Wednesday unveiled to the world its all-new 2022 BRZ sports coupé. And, ahem, so far we’re not really sold on its exterior design that seems to draw inspiration from plethora different manufacturers. There’s some Honda in there, a bit of Porsche — maybe even some Aston Martin if you cock your head to one side — but not all that much Subaru. Indeed, compared to the rest of its range the new BRZ is a stylistic outlier.

Anyway. Looks are apparently subjective so let’s move along to the more important stuff, shall we? Things like the chassis that Subaru says now offers a whopping 50% more torsional stiffness than that of the outgoing model. While the new BRZ has seen growth in both length and wheelbase (+30mm and +5mm respectively), its roofline has been reduced by 10mm to help achieve an even lower centre of gravity. Complemented by sticky 215/40 R18 Michelin Pilot Sport 4 tyres, you can expect stellar handling.

Handling was never an issue here though. Nope, power was — or rather a lack of it. And to address this long-standing problem Subaru has still not fitted a turbocharger. Instead they have increased the displacement of their naturally aspirated four-cylinder boxer engine from 2.0 litres to 2.4 litres. The compression ratio has also been dialled-up to 13.5:1.

This means that the new BRZ muscles out a claimed 170kW at 7,000rpm and 250Nm at 3,700rpm. The latter is of particular significance. Not just because it’s an increase of 45Nm but because it’s now available at a much more usable part of the car’s rev range. In the old BRZ peak torque only arrived at an astronomical 6,400rpm. Expect this much-needed recalibration to do wonders for this sports car’s everyday drivability and acceleration.

Subaru hasn’t done much on the transmission front meaning that you can order your new BRZ with either a six-speed manual or six-speed automatic gearbox. Both come fitted with a limited-slip rear differential as standard equipment. For track driving, the standard Vehicle Stability Control (VSC) traction and stability system now offers five different settings. The system has also been redesigned to allow more input from the driver before it activates the traction system. As before, VSC can also be turned completely off.

Noteworthy additions to the cabin include a customisable seven-inch digital instrument cluster with the tachometer front and centre featuring an integrated digital speedometer readout. To the left of the tachometer is a programmable meter that can change to show amps, water temperature or even a g-meter. When the BRZ is placed in track mode, the tachometer automatically shifts to a linear graph with a colour display that allows for a quick read so the driver can focus on the circuit ahead.

Production of the new Subaru BRZ will be at Subaru’s Gunma, Japan, assembly plant. US sales are expected to commence at the end of 2021. SA availability is still to be confirmed.