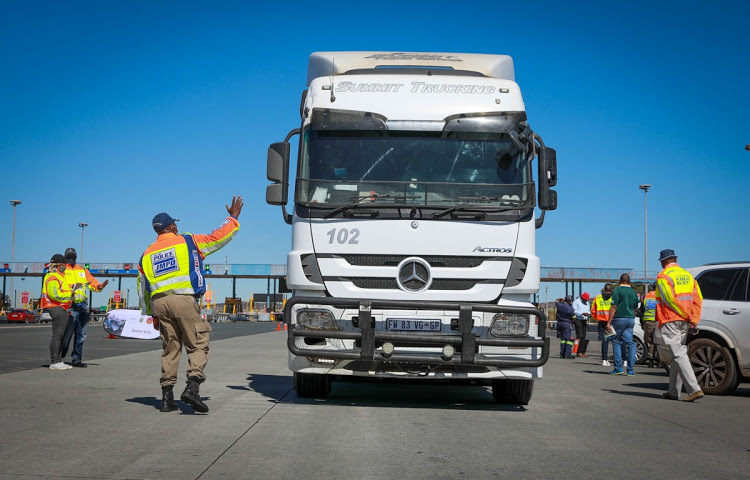 The only time a road user may be detained at the roadside is if a warrant of arrest is issued against their name.
Image: Sebabatso Mosamo

AA slams the RTMC for misleading motorists about their rights.

A press statement from the Road Traffic Management Corporation (RTMC) about outstanding traffic fines is outrageous and amounts to fear mongering among SA road users, says the Automobile Association.

The AA says the RTMC must immediately retract the statement, and apologise to motorists for creating a false impression of the RTMC’s law enforcement capability.

“If this approach is followed through by law enforcement officers, it amounts to an immense abuse of power and the RTMC will effectively be stealing citizens’ rights. It is beyond belief that an organisation tasked with enforcing the law — and headed by an advocate of the high court — can make such a disgraceful statement clearly threatening citizens, instead of focusing on how to enforce the law better,” says the AA.

According to the AA, the statement is indirectly saying motorists with outstanding traffic fines will be arrested, a major contravention of SA’s laws.

“The only time a road user may be detained at the roadside is if a warrant of arrest is issued against their name. Preventing someone from proceeding on a journey because of an outstanding traffic fine amounts to arrest without following due process,” the Association says.

RTMC spokesperson Simon Zwane told TimesLIVE on Friday that only motorists with warrants of arrest against them will be detained at the roadside, contradicting the RTMC’s press release earlier this week which stated that “those found with outstanding traffic fines will not be allowed to proceed”.

Drivers with warrants of arrest against their names will be allowed to continue their journeys only once they’ve paid their outstanding fines, which in some cases will be possible at the roadside, he said.

The AA says instead of the RTMC looking at new ways to generate revenue, it should focus its energies on improved road-user education, and protecting road users through enforcing laws as they are written.