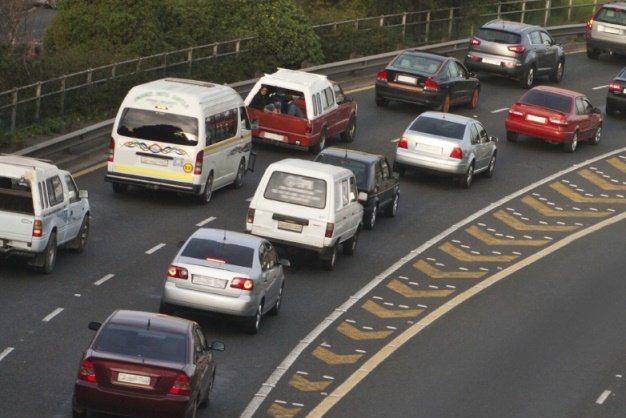 South Africans may not like – or, very often, know how to use – roundabouts. But if some town planners and engineers have their way (and can access the additional cash needed) they may become more common on city streets.

Historically, roundabouts have not tested well with South Africans. Many road users are uncertain about how exactly to use a traffic circle, and the confusion may lead them to think they cause more accidents than traditional means of managing intersections, or calming traffic.

But if built correctly, experts say, they’re safer and more efficient than an intersection with traffic lights, and not prone to power outages or breakdowns.

These benefits come at an initial cost, though; they’re often considerably more expensive than traffic lights, at least in construction fees, and can take up valuable road space. But, says Christoff Krogscheepers, a director at Innovative Transport Solutions (ITS), these are minor compared to the actual advantages of going tech-free and building a sound circle.

Speed reduction is key to a good traffic circle

“Based on international data, the safety at roundabouts, especially in terms of fatal crashes, is better compared to traffic signals,” says Krogscheepers. “For other modes, such as pedestrians and cyclists, it is at least the same.”

The primary safety advantage is not necessarily that there are fewer crashes between vehicles in roundabouts than at traffic lights, but that when they do occur, they don’t happen at right angles and high speeds, which put drivers and passengers at greater risk.

It all comes down to potential contact points, or opportunities for vehicles to collide, and there are significantly fewer of these in roundabouts.

A standard roundabout has eight main potential locations for a crash: four when entering the circle, and four when leaving, Krogscheepers explains.

A conventional intersection, with traffic lights or stop streets, has eight. And that is before cars have even entered into the centre of the intersection, where there are 16 more possible points of contact.

While the data on vehicles and serious accidents at traffic circles is clear, it is less so for pedestrians and cyclists.

Pedestrians and cyclists may feel more exposed at roundabouts, Krogscheepers argues, but with the correct construction and “treatments” (along with things like pedestrian crossings and cycle lanes) roundabouts can force vehicles to slow down, which actually makes it safer for people to cross on foot or on two wheels.

The cyclist-friendly Netherlands has, understandably, spent some time investigating traffic circles. After some 400 new roundabouts were built there in the late 1980s, one study that focused mainly on single-lane roundabouts found they had resulted in a 73% reduction in all pedestrian injury crashes, an 89% reduction in pedestrian fatality, and a 30% reduction for cycle injuries.

More complex multi-lane roundabouts come with some caveats for cyclist and pedestrian safety, and may require separate lanes for cyclists and specific crossing points for pedestrians.

According to the ITS, the art of a safe roundabout is in the approach roads, which are designed with a slight but critical deflection, and smaller entries, in order to force cars to slow down. This “good geometric design” can halve the speed of approaching cars to just 30 kilometres per hour – which is significantly less than those at traditional intersections.

These slower speeds mean fewer crashes, and a greater chance of surviving them when they do occur.

The battle for traffic management – and peak traffic hours

After safety, traffic management is a crucial argument when it comes to intersections. On the surface, traffic lights may beat roundabouts for efficiency – particularly if they’re smart traffic lights that can adapt to changing traffic plans. Most modern traffic lights include detectors that can help adjust the flow of traffic during peak times, says Krogscheepers, which means throughput can be better.

In the city of Cape Town, for example, approximately 700 of the city’s 1,600 signalised intersections use a centralised computerised system, which optimises the signal timings.

Traffic lights need to be designed by an approved professional engineer, to strict guidelines, Krogscheepers says, and the most complex part often comes after installation, when experts have to set the timing and phasing of a traffic signal.

“A couple of seconds difference in the green time on one approach compared to another approach can make a difference to the queues and delays during peak times,” he says.

Different timing plans, essentially how the green times are displayed, can be used during the different times of the day and days of the week to respond to the changes in traffic demand.

“There are strict guidelines in terms of number and position of signal poles and signal heads, and also when a signal is warranted or not,” says Krogscheepers. “And they need to be designed and approved by a professional engineer.”

Roundabouts are big on land, and engineers

Although roundabouts may beat traffic lights on several key aspects, at least on paper, there are two major drawbacks: cost, and space.

A complex and well-built traffic circle used at a busy intersection will likely cost more than a set of traffic lights, even before counting the footprint of land needed to include the correctly aligned entry and exit points.

New traffic signals cost between R1.2 million and R1.5 million to install, according to Krogscheepers.

Roundabouts are often more expensive to build and may require a larger team of engineering experts, especially if an existing intersection needs to be rebuilt. But ITS argues that historically the cost of upgrading traffic intersections was based on the initial cost, and that “the cost of maintenance, operation, delay and accidents were not included. These costs over a period of time should be considered when evaluating different intersection alternatives.”

An analysis of traffic calming on the R102 in KwaZulu-Natal came to a similar conclusion, and found in favour of roundabouts for long term cost effectiveness.

“Compared to signalised intersections, a roundabout does not have traffic signal equipment that requires constant power and maintenance. Roundabouts have very low maintenance costs. The issue of cable theft is also a serious concern with the R102 Intersection,” the report reads.

“Although road users would have to get used to the new roundabout design, there does not seem to be any serious obstacle to the introduction of the turbo roundabout in the South African situation. Initial investment requirements may be compensated for by lower maintenance costs, energy consumption and road accident costs,” it concluded.

A final blow to traffic light fans is the suggestion that roundabouts may actually be better for the environment.

A paper published in the South African Journal of Industrial Engineering found that a “smart-roundabout is better than a traditional roundabout or a traffic light-controlled junction, because vehicles can constantly move through them, thus eliminating waiting periods, decreasing the fuel consumption and pollution emission, and allowing pedestrians and cyclists to move safely through the intersection without interacting with vehicular traffic.”

The paper concluded that roundabouts could even help decrease “societal costs”.

In spite of the benefits, if a majority of drivers don’t know how to use a roundabout, then the benefits sung by those who build and campaign for them are likely to be moot.

According to the Justice Project’s Howard Dembovsky, much of the confusion here comes from South Africa’s unique traffic circle naming system – and different rules that apply to different types of circles. Speaking to Arrive Alive, he said although most of the world refers to them as roundabouts, which have a simple rule of giving way to vehicles approaching from the right, South Africa has taken a more complex approach.

Inexplicably, he says, South Africa has also introduced a “mini-circle”, which works on a first-come, first-served basis.

“It has been my observation, by survey and discussion, that few drivers have the faintest idea that there are two types of so-called ‘traffic circles’ in South Africa,” Dembovsky says.

If a circle has no clear road sign indication that shows drivers whether to give way to the right, or treat it as a first-come, first-served mini-circle, Dembovsky recommends drivers observe the rules of a roundabout, and give way to cars from the right.

“Never assume that you have right of way. Rather err on the side of caution and give way to the right as you should be doing at all other junctions. Ultimately, it is less important who has “right of way” and more important to avoid colliding with other vehicles, people and objects. If that means giving someone who is less considerate than you so-called “right of way”, what does it hurt you to do it?”

Circles are further complicated when they have multiple lanes and entry and exit points. If taking the first exit left, you’ll have to approach in the left lane, keep to the left of the roundabout, and signal left until you leave.

If taking the second exit, and there’s no road marking dictating which lane to use, Arrive Alive recommends sticking to the left, and to signal left only once you’ve passed the first exit.

Turning right is perhaps the most complex thing to do on a multi-lane traffic circle – and in this case, it’s best to approach in the right lane, stick in it, and signal left after you’ve passed the exit before the one you want.

If that’s not clear as mud, Arrive Alive offers a comprehensive, albeit unsurprisingly confusing, guide to using roundabouts, traffic circles, and mini-circles in South Africa.