New BMW 218i Gran Coupé Is Not A Bad Proposition 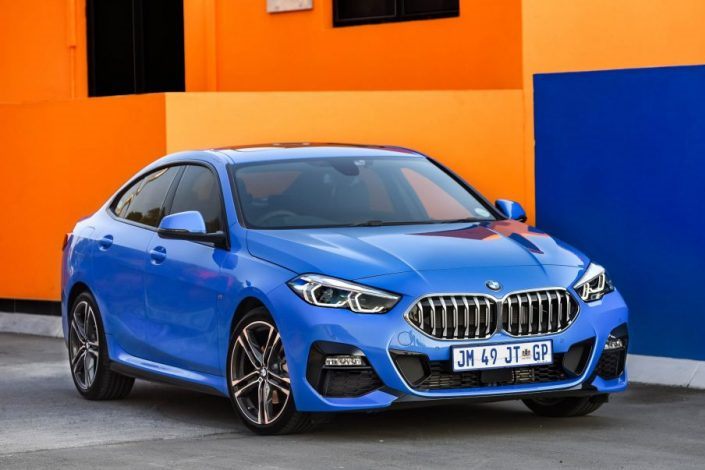 BMW has gone through some extensive changes lately; the hybrid, carbon fibre hewn i8 sports car has ceased production, while the brilliant B57S quad-turbo diesel engine that powers its M50d model range has also been put out to pasture.

While we were still mourning the above, the signature kidney grille got awesomely bigger, fine. Change is good, so they say.

One other massive change was the shift from RWD to FWD transverse-engined architecture for the current 1 Series model. This move also affected the 2 Series range and the first-ever 2 Series Gran Coupé was born, a subject on test here.

Only three variants are on offer in SA and I spent time driving the range-opening 218i Gran Coupé in M Sport guise.

According to BMW, the move from a RWD to FWD setup resulted in an improved interior space and I can honestly attest to that. Also, the two extra, frameless doors open wide – something that makes ingress and egress a simple task.

Cargo space won’t leave you complaining at 430-litres and that was adequate to gulp groceries and other kinds of luggage.

For comparison sake, that is slightly smaller than the Mercedes-Benz CLA’s 460-litre boot as well as the yet-to-be-launched Audi A3 sedan.

Another thing I find quite attractive is the fact that the sloping roofline does not really mess up with the rear seating position and all three rear passengers can sit comfortably.

The driver’s seating position is spot on with all-round visibility yet the manual seat adjustment is also a slight disappointment. BMW offers electronic seat adjustments at an additional charge.

The interior is beautifully designed and looks similar to the 1 Series I sampled a little while ago and its build quality is one of its strongest points.

Although the 218i with its 1.5-litre unit will disappoint performance freaks, it is still a great model to live with, however, the 220d I sampled at the launch gets my thumbs up.

BMW says it can hurtle from a standstill to 100 km/h in 8.7 seconds en route to a top speed of 215 km/h.  Getting behind the wheel of the 218i, the 1.5-litre turbocharged petrol engine needs to be revved higher to get the car to accelerate adequately – something that has a negative effect on the fuel economy.

Point it to the open road and it cruises seamlessly without having to let the engine work hard. In and around town and while driving at slow speeds, the eight-speed dual-clutch automatic gearbox can get a bit jerky.

In terms of ride comfort, the 218i wins, it swallows all bumps without sending shivers across the vehicle, however, the M Sport suspension can be rough on poorly maintained roads.

BMW claims the 218i can return 5.9l/100km/h and with the driving mostly done in Comfort mode, my fuel economy figures would hover around the 8.2l/100km mark and would then slightly drop below that on the open road.

In conclusion, the 2 Series Gran Coupé adds a practical dimension to the 1 Series’ cheeky design. It is spacious, comfort is sublime and while its 1.5-litre engine might disappoint performance fanatics, it is still not a bad proposition.

However, the 220d is a better offer and its claimed fuel economy of 4.8l/100km is a seduction.