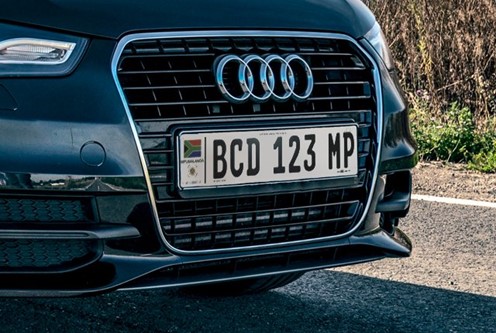 The government’s plan to introduce new motor vehicle licence plates will be a waste of money, according to Justice Project SA chairperson Howard Dembovsky.

This follows after Transport Director-General Alec Moemi said that the government planned to introduce new number plates with microdot technology.

“We are looking at a new system that will include the embedding of microdots into a new number plate, that will then be regulated,” Moemi said.

“Manufacturers, as well as those that print out and issue them to motor vehicle owners (will also be regulated) so that number plates that are forged will be easily identified.”

Microdots are particles with a diameter smaller than 1.8mm that bear a unique, optically readable identifier – typically the vehicle’s 17-digit VIN number or another registered PIN.

Dembovsky noted, however, that rolling out a new number plate would be another unnecessary cost for motorists which would accomplish little, if anything at all.

“All it is going to do is generate needless costs for cash-strapped motorists, for nothing,” he said.

“Given that microdot technology is named as such because of the microscopic size of the said dots, they can only be read by a microscope. How many traffic cops have microscopes?”

He added that traffic cops would need to remove the number plates to put them under a microscope – making it impossible to implement this type of solution at toll gantries.

“You would need the Hubble Telescope to read them from a toll gantry or a bridge on a freeway,” Dembovsky said.

“If what Transport Director-General Alec Moemi has been accurately reported, it is not hard to see why this country is in such a mess.”

Dembovsky added that the introduction of these new number plates would have a negligible effect on improving road safety and infringement prosecution.

He said the font used on local number plates is terrible as it is.

“The net result is that capture and OCR errors are frequent.”

Article Credit To My Broadband.