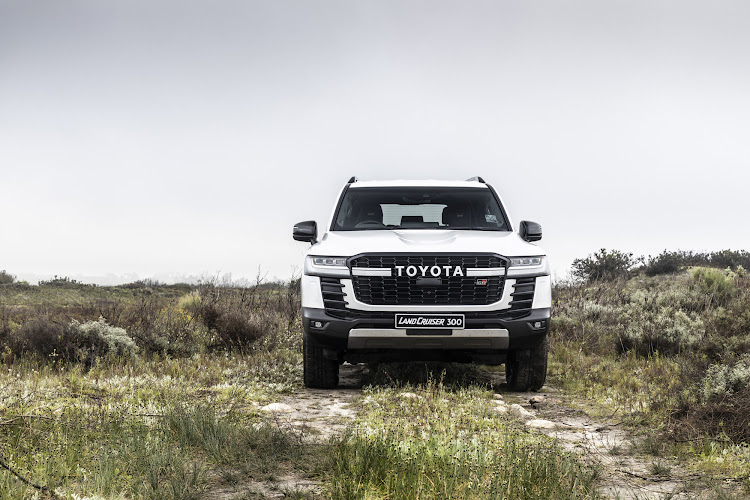 The 2022 Toyota Land Cruiser 300 GR-S means business because flagship sport-utility vehicles (SUVs) are what prominent manufacturers are using to demonstrate their might.

Look at the BMW XM concept for proof. Instead of a sleek coupé format the modern poster vehicle for the “most powerful letter in the world” is set to be a monstrous, four-wheel drive behemoth.

There are more elegant examples of full-cream off-roaders to reference. The GLS-Class from Mercedes-Benz is one. Range Rover has the classic full-sized representative of which a new version is imminent. Lexus has the latest LX on the way — preceded by the Land Cruiser 300 from Toyota launched locally in 2021. 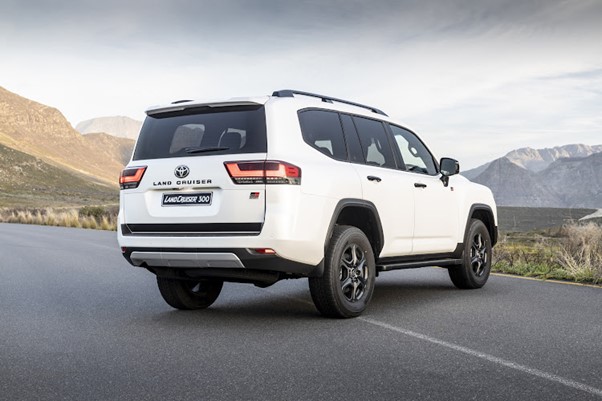 The LC 300 towers over most cars. Image: Supplied

Anyone whose opinion on cars matters knows that the Land Cruiser nameplate is not to be scoffed at. Whether you are talking about the rudimentary 79 series, the plush Prado or the big daddy of the range, a Cruiser of any type is worth its weight in gold. Especially in our country.

The Land Cruiser 300 might not be top-drawer in certain regards, but the envy and admiration our GR-S tester elicited during the week is proof that this does not matter. Do some homework and find out about the waiting period for customers, or look at the mark-up in prices of units on dealership floors and you may get a sense of the desirability of the model.

It is hot property. The proliferation of the Gazoo Racing (GR) identity through the Toyota range is encouraging news to fans. And the largest Land Cruiser wears the sporting regalia well. The kit includes 18-inch wheels (painted black), aggressive styling elements and a beefier countenance with the Toyota nameplate in upper-case lettering, instead of the emblem.

While the overall visual aesthetic of the Land Cruiser 300 is familiar, there is no mistaking it with its predecessor. An upright prow sticks out like the chest of a muscle-bound club bouncer, towering over other vehicles in traffic. Drivers prone to driving within a whisker’s distance of your back bumper are unlikely to successfully intimidate — you can barely see them in the rear-view mirror given how tall the vehicle is.

It would be safe to say that Toyota is generally conservative when it comes to pushing the boundaries of technology in its mainstream cars. In the Land Cruiser 300 you are not going to find pneumatic suspension or semi-autonomous driving trickery as you would in some German alternatives. 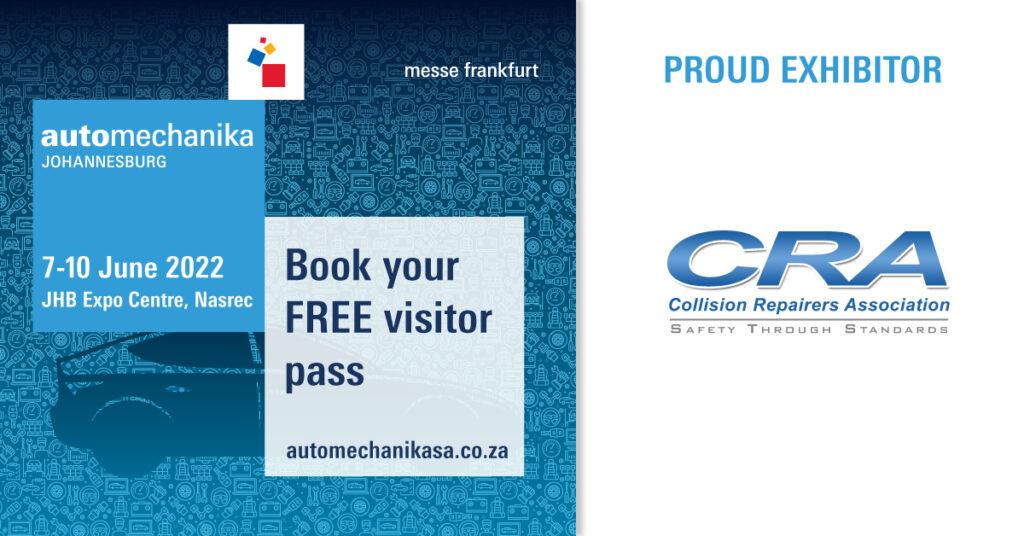 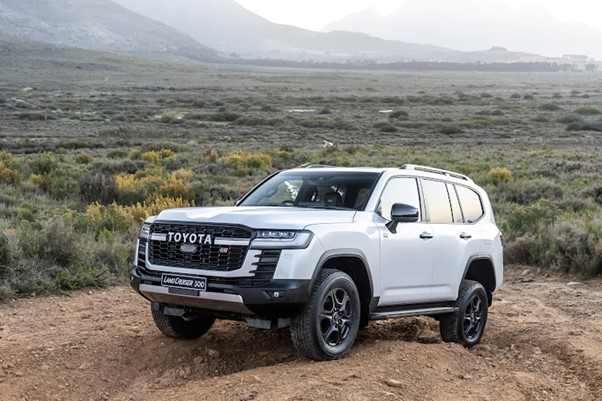 But ask ardent aficionados and they are likely to tell you it is this relative simplicity that makes the car so endearing — tried-and-tested systems that are not likely to fail once the warranty expires. Under the skin it employs a sturdy ladder-frame chassis which means its prowess on difficult terrain is intact.

Hydraulically-supported stabiliser bars in the GR-S serve the balance between axle articulation for off-road driving and body-roll control for comfort on tarmac. The big Cruiser is comfortable, but not entirely jitter-free, reminding occupants of its ladder-frame foundation. Ground clearance is 235mm.

And while it might not be laden with gadgets that set new standards, there is no denying that it is generously equipped. From the sumptuous leather seats to the button-festooned dashboard and various displays, it is loaded with the amenities expected from a modern car. That includes built-in navigation, a heated steering wheel, ventilated and heated seats, around-view monitor, wireless charging and a 14-speaker JBL audio system — when last have you heard this acronym? — with DVD playback.

Adaptive cruise control with lane-keeping assistance is part of the mix, though we disengaged the latter which is overly sensitive, and braking interventions that can be startling to the driver. With seating for seven and luggage capacity of 1,967l (with the third row folded away), its capabilities as a family hauler cannot be disputed.

The engine line-up is new, with a choice between petrol or diesel V6 derivatives, both turbocharged. Those lamenting the departure of V8 power can take heart in the uprated torque levels and improved power delivery of the new units. 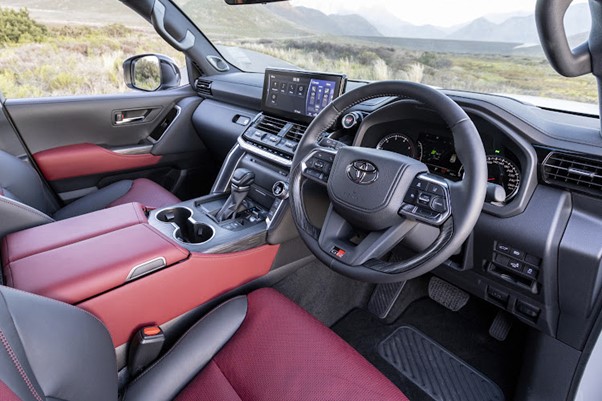 A button-festooned interior, at odds with current trends. Image: Supplied

We sampled the 3.3l diesel version producing 225kW and 700Nm, shifted via a 10-speed torque-converter automatic. The richness of torque is easily summoned and the vehicle feels more athletic than a 2,620kg machine ought to. It has a tank size of 80l, with a secondary tank of 30l, which should produce an interesting final bill at the pumps. That said, its real-world consumption figure of 12l/100km is respectable, all things considered.

The Land Cruiser 300 is the expected evolution of a proven recipe with an extra layer of refinement and a tough exterior aesthetic that is modern and appealing.

Main Image: GR-S has a meaner face than its siblings. Image: Supplied

What is your view of the new 2022 Toyota Land Cruiser 300 GR-S? If you were in the market, would you be interested in buying one? Let us know in the comments below. Also, if you found our content informative, do like it and share it with your friends.