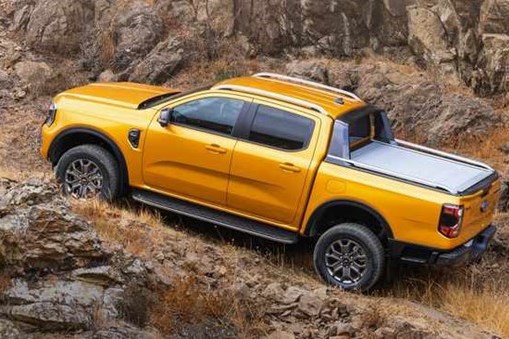 Here are 7 new bakkies to look forward to in 2022 and 2023 as 2022 is shaping up to be a big year for the bakkie market, with three all-new entrants making their way here as well as other new additions to existing line-ups.

2023 could prove to be an equally interesting year, with two unibody pick-up entrants said to be on the way.

Without further ado, let’s take a closer look at what bakkie fans can expect in the next two years, keeping in mind that these are the vehicles that we know about so far – there could certainly be some surprises in store too.

This is easily the most eagerly anticipated new bakkie launch of 2022. Set to hit the streets later in the year, the Ford Ranger will once again be built right here in South Africa for local consumption and export. 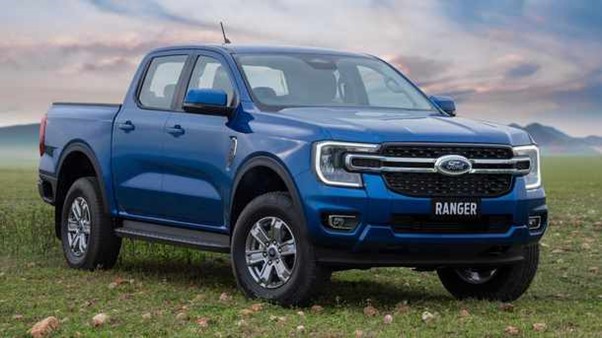 The redesigned model brings many exciting new features and technologies to the fold, including a V6 turbodiesel engine. Ford’s 2.0 twin-turbo and single-turbo units will carry over, with the latter now offered in two variants to plug the gap left by the departure of the 2.2.

Six bakkies that we wish were sold in South Africa

Feature highlights (depending on the model, of course) include Matrix LED headlights, Sync 4 infotainment system with large vertical screen and an innovative new cargo management system. Click here to read more about the Ranger’s new loading and storage solutions.

Another locally-produced big seller is set for renewal in 2022 and it’s none other than the Isuzu D-Max. Long-delayed due to pandemic-related disruptions, it is expected to launch before midyear. 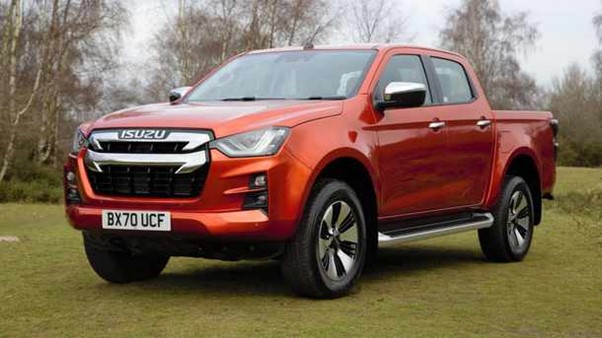 Isuzu has yet to confirm the exact engine line-up, but it is almost a given that flagship variants will get the new 3.0-litre turbodiesel motor, which produces 140kW and 450Nm. As for the base engine, we’re not sure whether Isuzu’s new 1.9-litre diesel will make an appearance locally; it’s certainly possible that the current 2.5-litre might carry over as a more cost effective tried-and-tested alternative.

The new Isuzu D-Max has been extensively tested for the local market, with certain adaptations made for our harsher environment, and the vehicle will also have some uniquely South African characteristics and features.

The all-new Volkswagen Amarok will be staking a new claim on the bakkie market, and it’s global launch is set to take place right here in South Africa later this year. 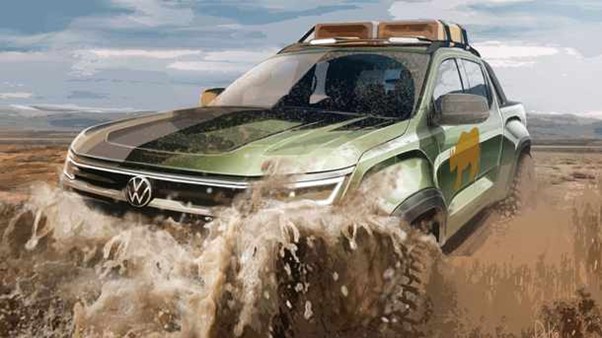 Based on the new Ford Ranger, the second-generation Amarok will be built in Silverton, Gauteng, alongside its cousin. Its exact on-sale date has yet to be announced however. VWSA has also confirmed that the new Amarok will offer V6 TDI power, and it seems a given that Ford’s new unit will be used.

Volkswagen has yet to officially reveal the new Amarok, but a number of official teaser sketches have been released in the last year, giving us a good idea of how it will look. From what we’ve seen so far, it should make good on its promise to look and feel like a genuine VW product rather than just a badge engineered Ford. Because surely they would have learned from Mercedes-Benz’s X-Class mistake.

An all-new Toyota Hilux is likely still a few years away, but the market leader will no doubt be looking to counter the new wave of competition with its own new editions and range enhancements. 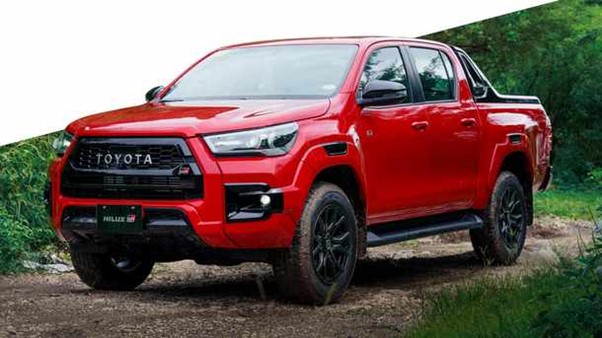 One such edition is the Toyota Hilux GR-S, which is expected to reach our market in the second quarter of 2022. While it might appear to have a few Raptor aspirations, there are no engine tweaks to speak of, with overseas models sporting the recently-revised 2.8-litre GD-6 motor that produces 150kW and 500Nm.

Although exact local specifications have yet to be revealed, international versions feature a model specific front bumper grille with TOYOTA block lettering as well as 18-inch alloy wheels and various decorative items in the cabin. Hopefully Toyota will throw in some suspension mods too.

Peugeot made a welcome return to the South African bakkie market late last year with its Changan-based Landtrek double cab, and there’s more to come in 2022 with the expected release of the single cab version. 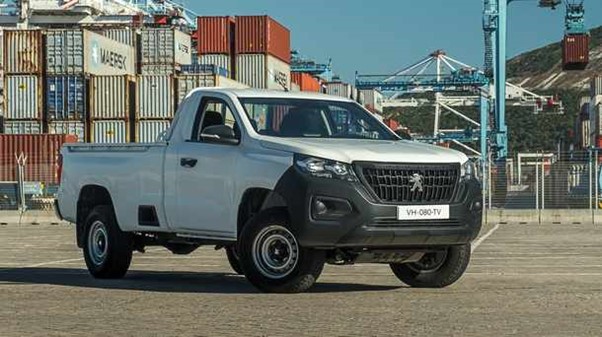 Peugeot tells us that the new workhorse variant will arrive during the course of 2022, although exact timing is yet to be confirmed.

The Peugeot Landtrek is powered by a 1.9-litre turbodiesel engine that produces 110kW and 350Nm, and is available in 4×2 and 4×4 variants. Single cab specifications will be released nearer to launch.

When Chery announced its local comeback recently, the company also announced that a Tiggo bakkie was set to be launched in the second quarter of 2023. 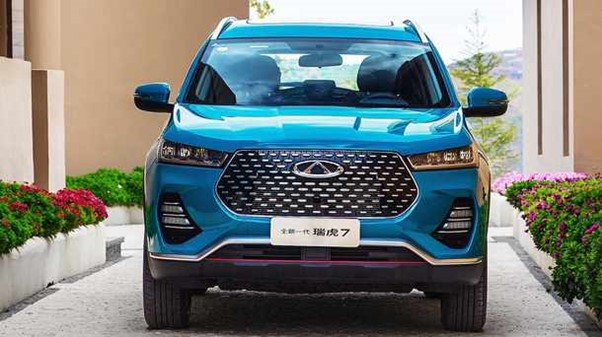 Nothing else is known about the new product at this stage, but given its use of the Tiggo name, it would seem likely that it’s in fact a unibody model based around one of the existing SUV models.

We’re also not sure whether it will be offered in single cab or double cab formats, although offering both would certainly help plug a gap that currently exists in our market.

With just one entrant in the form of Nissan’s ageing NP200, the unibody bakkie market is sorely under represented in South Africa, but that could slowly change from 2023 onwards. 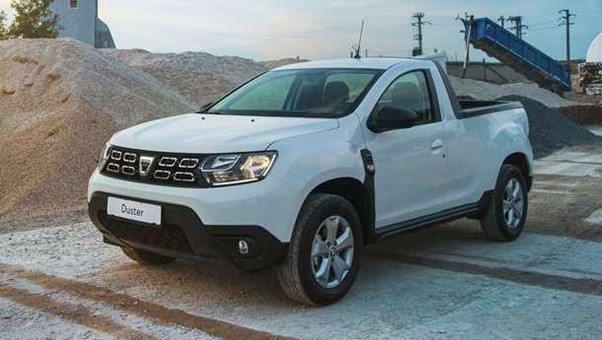 And the bakkies that should come to SA..

Of course, there could be other unibody entrants in the coming years. For instance, last year a Ford exec hinted that a Bantam successor could happen, but at this stage it is far from being confirmed. 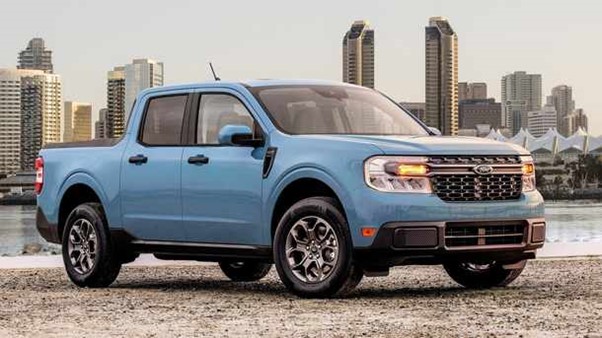 The Ford Maverick that will not be available in SA

One Ford product that could do very well in South Africa is the Maverick, a midsize unibody double cab that slots beneath the Ranger. Sadly the vehicle is only built in left-hand drive configuration at this stage and same goes for the Hyundai Santa Cruz, which offers a similar package but with a more SUV-inspired design.

Main Image: The new Ford Ranger is one of three all-new bakkies launching in South Africa in the next year.

What is your view of the new bakkies for 2022 / 2023? If you were in the market, which one would be your first choice? Let us know in the comments below. Also, if you found our content informative, do like it and share it with your friends.