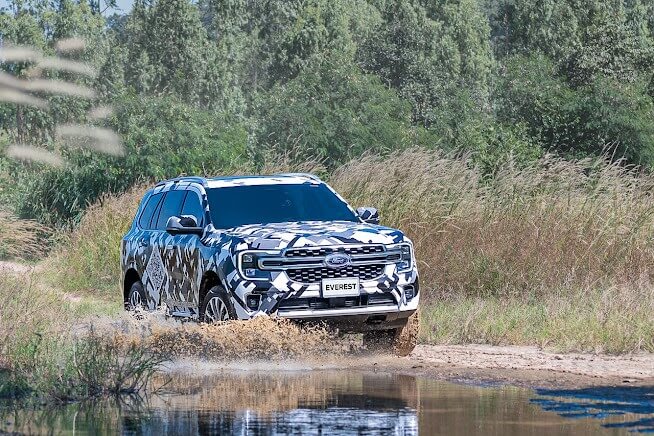 We take a peek at the 2022 Ford Everest; this second-generation has resulted in great success for Ford. It was praised for its above-average refinement levels and the convincing way in which it concealed its commercial vehicle architecture.

The category of sport-utility vehicles built on double-cab foundations is one that makes complete sense to many South Africans. Useful space, the bonus of seven-seater versatility and the go-anywhere capability afforded by sturdy ladder-frame underpinnings: what is not to appreciate?

And there are a number of contenders available to consumers. Toyota fields the popular Fortuner, a consistent hit on the monthly sales charts. Then there are left-field alternatives such as the underrated Mitsubishi Pajero Sport, or the Isuzu MU-X, of which a new generation was recently launched. The market may even see the arrival of new nameplates like the Terra from Nissan, which would give the brand needed representation, which it lacked since the exit of the Pathfinder. 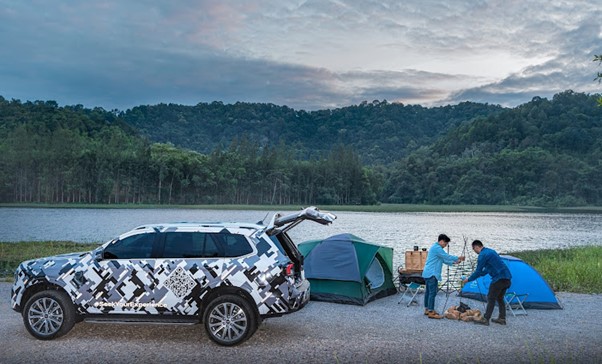 An example of the outdoor activities you would want to experience as a Ford Everest owner. Image: Supplied

Ford has enjoyed great success with its second-generation Everest. It was praised for its above-average refinement levels and the convincing way in which it concealed its commercial vehicle architecture.

Then again, the Ranger on which it was based also set standards for its class. A new Everest is imminent and Ford this week showed images of the model in camouflage, undergoing the final stages of pre-production testing. No details — even clues — were included in their release, which focused specifically on the cloaked outfits of the units in their global test programme.

“We created an artistic pattern that hints at adventure,” said the company. “The camouflage consists of a series of rectangles tilted at a 45-degree angle that were inspired by mountain peaks.” 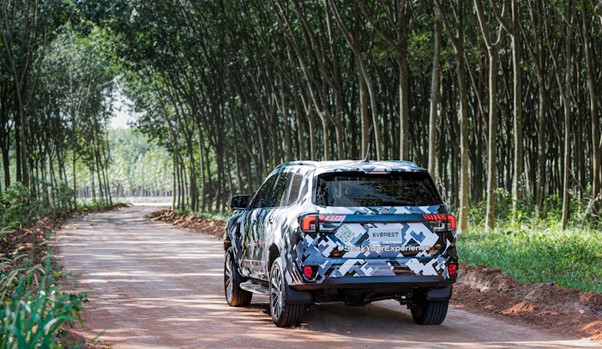 Rear light clusters with a spiffy illumination pattern are some of the updates buyers can expect. Image: Supplied

Ironically, the firm wants people to spot their vehicle as it hides in plain sight, with a QR-code incorporated into the pattern and the hashtag #SeekYourExperience under which to share sightings and interactions. Unfortunately, South Africans will have no chance of playing prototype Everest-spotting on their travels this December, because the test units are milling around Australia and Thailand.

The Everest will be revealed in the first quarter of 2022. A local spokesperson confirmed that the model will be produced in Thailand. “Ford is investing heavily in ensuring the seamless switch over to the next-generation Everest, we made a US$900m investment announcement for our Thailand plant on December 8, 2021.” Last month Ford revealed the new Ranger, which will be produced at the Silverton, Tshwane facility. 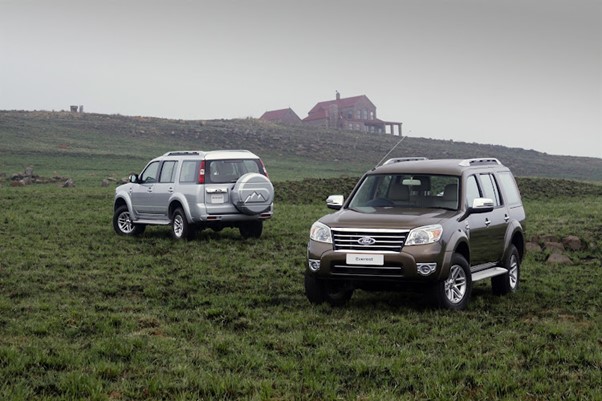 Aesthetically, it is quite evident that the Everest draws heavily from its sibling. The front facial design, for example, is nigh-on identical, right down to the grille.

It would not be remiss to expect the range of engines announced for the Ranger to be mirrored by the new Everest line-up. That would include the prospect of an enticing 3.0-litre, turbocharged-diesel V6. 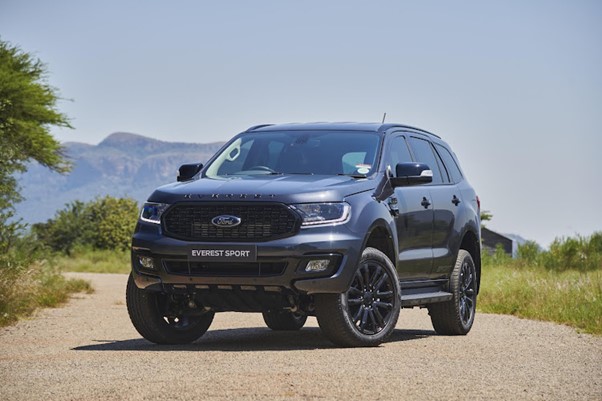 The second-generation Everest came to market in September 2015 and was treated to a facelift in 2019. This is the Sport edition, launched in 2021. Image: Supplied

Expect the clever digital technologies from the new Ranger to be transferred as well. That means the SYNC4 infotainment system, plus amenities such as a 360-degree camera and connectivity via the Ford Pass smartphone application. It allows owners to lock, unlock and start the vehicle remotely, among other capabilities.

For reference, the outgoing Everest is currently priced upwards of R558,600 for the 2.2 TDCi XLS 2WD six-speed automatic. The flagship 2.0 SiT XLT Sport with the 10-speed automatic and four-wheel drive comes in at R713,300. The local launch date for the third-generation vehicle is still to be confirmed.

What is your view of the new 2022 Ford Everest? If you were in the market, would you be interested in buying the V8 version of the Defender? Let us know in the comments below. Also, if you found our content informative, do like it and share it with your friends.