Small Jobs Can Be A Big Boost 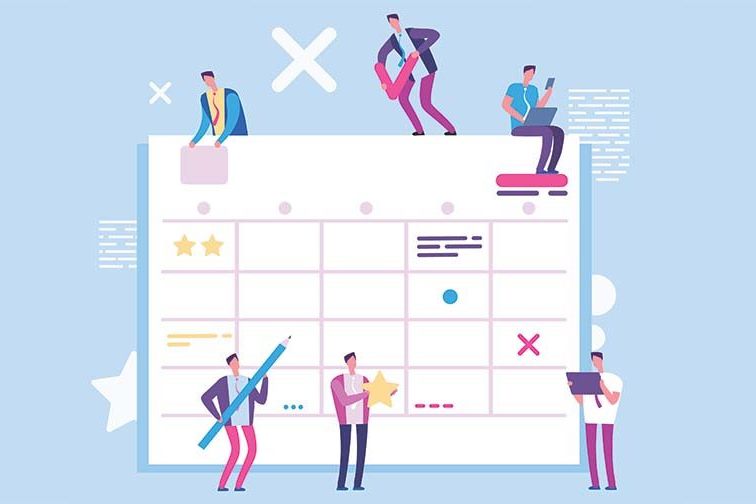 Small jobs can be a big boost for your business because it can help supplement work during slow periods at the shop and keep everyone busy while establishing strong connections with customers.

When Bill Jobe took over as collision director for Greenwood Chevrolet Collision in 2013, he was looking for a way to differentiate his shop from competition while infusing the business with more work from new customers.

Clients saw the shop as just a normal dealership, which frustrated Jobe, as the shop had actually gone away from the traditional dealership by obtaining other certifications. That led to a realization from Jobe; they had to reimagine the shop’s process. And where he saw the biggest opportunity for growth was in small jobs. He began leaning much more on quick fix, half-day jobs to help establish the shop in the market.

As a dealership facility, Jobe was disappointed that much of the customer base was coming to them only for warranty issues. Or that the overall community thought they only worked on one type of vehicle, because in actuality, Jobe said the center operated essentially as an independent, pushing themselves away from dealership work and going after certifications that others in the area didn’t have. As a result, Jobe saw an opportunity in small jobs that could bring new customers in and help establish a connection for the long-term.

The appeal of small, half-day or shorter jobs is easy to identify. It can help supplement work during slow periods at the shop and keep everyone busy while establishing strong connections with customers, something that often doesn’t happen in an industry that doesn’t require regular check ups. However, in actuality, executing small jobs can be difficult. The challenge then becomes, who is taking on the extra work and making sure the shop employees understand why the small jobs are part of the business, Jobe says.

The process for selecting which jobs to take is pretty easy for Jobe.

“We will never turn anything away that comes in the door,” he says.

That puts greater pressure on making sure the shop is organized and technicians are efficient. Jobe uses a simple white board called the “fill-in” board. Whenever technicians have extra time, whether that’s because they are waiting for a part or approval on an estimate or simply because the shop is slow, they will go to the board and take a small job to complete.

“We have some aggressive technicians who will take two or three of those jobs everyday,” Jobe says, “So we have to be very cautious about scheduling.”

Jobe has an in-house paint and dent removal technician who takes plenty of the jobs, especially recently as many of the small jobs consist mostly of dent removal. The shop also has an apprenticeship partnership with a local career and technical center. The current apprentice is “an essential part” of the small jobs getting prepped and turned.

“The main reason this works is the staff. They are knowledgeable, have plenty of contacts in the industry and are motivated to take on more work and help establish good relationships with our customers,” Jobe says.

Jobe’s initial push for smaller jobs was to attract new customers. He felt too much work was going to nearby independents and dealerships just because customers didn’t know they could come to the shop. Thus, the priority for smaller jobs began as a marketing campaign. While Jobe hoped this would help his bottom line down the road, that was not the initial goal. It was just to establish a presence.

Eight years later, that has remained true. It is still a marketing tool, but it has stretched out to the larger community. Now, many of the smaller jobs have become pro-bono work.

The staff has taken on small projects from the local VFW and the police department, painting vehicles in stealth black while also adding some Greenwood Collision advertising. They’ve also painted go-karts for local high schools and a van for local breast cancer awareness. It’s been a perfect mixture of helping the community while also making it worthwhile for the shop.

“People know who did it and why we did it,” Jobe says, “and truthfully, those projects are less expensive than buying a 30 second spot on TV. It’s cheaper for me to do that, doing the police car, the breast cancer function and it actually helps someone.”

Especially since COVID-19, as communities have rallied around local companies, Jobe has used these smaller jobs to become visible to the community.

“The common thought is smaller jobs help you during slow periods, which they do,” Jobe says. “But it also does help to reach out to the community. I believe that it’s a huge factor.”

In 2016, three years after Jobe prioritized smaller jobs, they made up about 20 percent of the shop’s work. That has decreased some in the last five years, Jobe says, as more people are leasing and car companies are letting more vehicles come back with minor dents and paint imperfections, leading to less demand. However, specific areas of work have increased, such as door dings and other dents.

The intentional prioritization of smaller jobs has dramatically reduced cycle time by around two days. The company most recently spent $340,000 in 2020 to enhance the paint department, adding several booths. Now it has three prep stations and five booths. The investment has also helped clear backlog in the paint department. The department hasn’t been backlogged in about a year.

Overall, the most noticeable shift has been the company’s standing within the community, which took a large jump by taking on smaller jobs, both for the everyday customer and for large organizations.

“We’ve tried to be involved in anything and everything that we can and it has paid off for us,” Jobe says.

Taking on smaller jobs isn’t a no-brainer decision. To succeed within it, shops must have a clear organizational structure and a team that supports the work. If it is successful, it can be a net positive for the business not only during slow periods but during busy seasons. Jobe’s shop gets most busy in the summer months, but that doesn’t stop it from doing smaller jobs. They can not only provide additional revenue and help lower important KPIs like cycle time, but they can also serve as a useful marketing tool and an easy way to establish a customer base.

“The idea is that if they know you’re there for them and give that great service on a $150 job, where do you think they’ll go when they have a $4,500 crash?” Jobe says.

Do you think that small jobs can be a big boost for your business? Do you think it is a business model worth exploring? Let us know in the comments below. Also, if you found our content informative, do like it and share it with your friends.