WeBuyCars Reveals How Many Vehicles It Buys And Sells 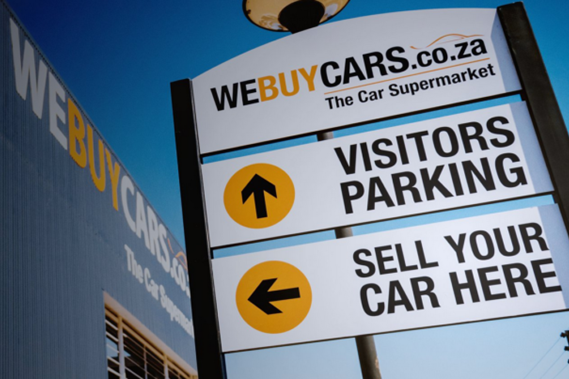 WeBuyCars reveals how many vehicles it buys and sells as credit provider Transaction Capital, the majority shareholder in WeBuyCars, says that the overall volume of vehicles traded in the 2021 financial year exceeded expectations.

It noted in the presentation of its financial results for the year ended September 2021, that with disposable income in South Africa under pressure, and new vehicle prices rising, more consumers are buying used versus new vehicles, thus driving growth in the used vehicle market segment.

“WeBuyCars has a leading position in a defensive market segment and has continued to trade throughout the Covid-19 pandemic reaching record monthly volumes, with overall volumes of vehicles traded in the 2021 financial year exceeding expectations.

Transaction Capital concluded agreements to increase its shareholding in WeBuyCars from 49.9% to 74.9% earlier in the year. The remaining 25.1% of the shares in the company are held by family trusts of the founding shareholders, Faan and Dirk van der Walt.

Graph showing the number of vehicles bought and sold by WeBuyCars

“As vehicle prices climb, further rand value upside for WeBuyCars will be realised as we maintain margins,” said Transaction Capital.

The increase in the number of vehicles bought and sold has been driven in part by the expansion of WeBuyCars’ physical footprint, with two additional vehicle supermarkets secured in the second half of FY2021. The Germiston branch, which opened on 1 June 2021, created additional capacity of 850 parking bays, bringing the total national capacity to above 5,700 bays.

Agreements to purchase The TicketPro Dome in Johannesburg have been concluded. This supermarket will initially add approximately 1,100 parking bays to the footprint and has a total capacity of 1,400 bays.

As a result, the division’s target to increase the volume of vehicles traded to 10,000 per month is on track to be realised sooner than initially anticipated, with our revised target for the medium-term increased to 15,000 vehicle sales per month.

Transaction Capital said that the strategy to sell vehicles online via its e-commerce platform continues to deliver positive results for WeBuyCars, with e-commerce sales increasing significantly to approximately 30% (FY2020: 15%).

The majority of business is concluded through its business-to-business (B2B) platform, creating efficiencies in the dealer sales channel. “Business-to-consumer (B2C) e-commerce capabilities were introduced earlier in the year and now constitute approximately 8% of total e-commerce sale,” it said.

Transaction Capital said that WeBuyCars has applied its digital capabilities to respond to shifting buying patterns, accelerated by Covid-19, with significantly higher e-commerce adoption and online trading. The group said it expects that in the medium term, WeBuyCars’ digital capabilities and credible e-commerce platform will support more efficient stock turn and even higher growth.

Further growth will come from extending its services to include offering vehicle finance as a principal.

“We expect future earnings from WeBuyCars to exceed our expectations at the time of making our initial investment, given favourable market trends. Its strategy to expand geographically, grow its e-commerce offering, optimise stock efficiencies and drive higher penetration of F&I products continues to yield results,” said Hurwitz.

“We are confident this business will accelerate and support a sustainably higher growth trajectory for the group.”

Private vehicles remain a necessity and an aspiration for many South Africans, given long travel distances and limited public transport options. In South Africa, a total of around 11 million passenger vehicles are in circulation. This vehicle ‘car parc’ has grown steadily, increasing the overall market by 3% to 5% per year over the last decade.

Trading mostly in older used vehicles with an average age of nine years, WeBuyCars is differentiated from other used vehicle dealers who focus on newer vehicles. “Operating in this segment of the market makes it best positioned to benefit from the South African population’s shift from public transport into private vehicle ownership, as these first-time buyers are more likely to opt for older, less expensive used vehicles.”

Have you ever bought a vehicle online using a platform like WeBuyCars? Do you think it will become second nature for people to rather buy vehicles online? Let us know in the comments below. Also, if you found our content informative, do like it and share it with your friends.