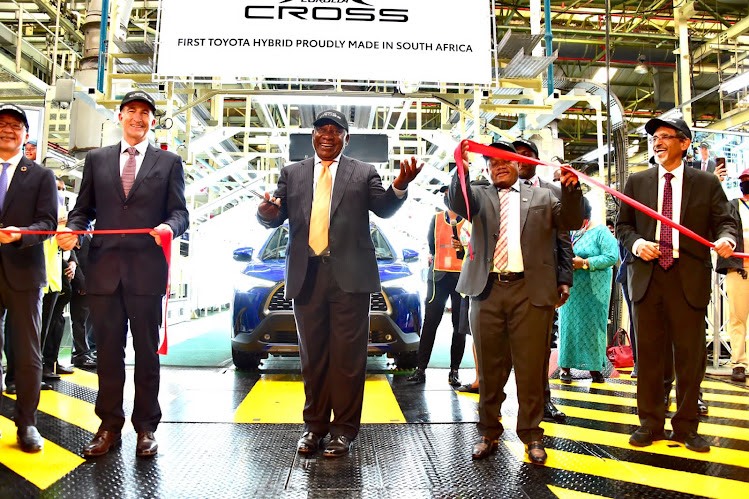 BY BLOOMBERG.COM AND PAUL VECCHIATTO

SA to prioritise electric cars in climate action plan including increased production of electric vehicles according to President Cyril Ramaphosa.

The state will also focus on reducing carbon emissions at state power utility Eskom and fast-tracking plans for a green-hydrogen economy, Ramaphosa said on Tuesday at a ceremony to mark the start of production of hybrid cars at a Toyota factory. The government has published a draft paper on a roadmap for increased production of fully electric vehicles which will be presented to potential investors, he said.

“We have called on international leaders to support SA’s efforts to green our economy and address our ambitious climate change goals through equally ambitious grants and funding support,” Ramaphosa said.

Toyota has started producing the new Corolla Cross, which has a combined internal combustion engine and electric motor, at its Prospecton plant in KwaZulu-Natal. The company could make 4,000 of the cars by 2025 if the availability of batteries increases, Ramaphosa said.

Bloomberg News. For more articles like this please visit Bloomberg.com