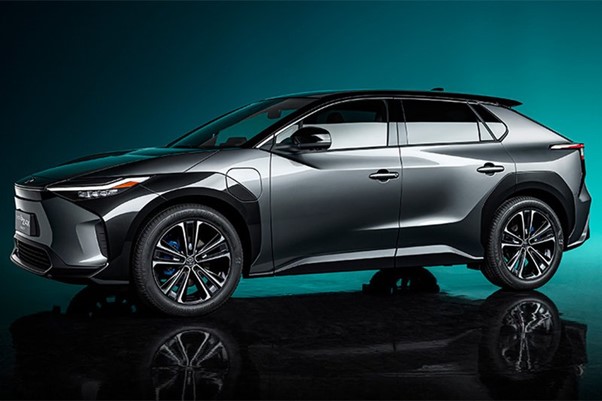 The “bZ4X,” which resembles Toyota’s popular Rav-4, is set for release in North America, Japan, China and Europe in mid-2022, the company said Friday.

With an estimated range of around 500 kilometers (310 miles) per charge, the bZ4X is the first of seven “bZ” series EV models the automaker plans to introduce globally by 2025.

Toyota, the world’s biggest automaker, has been slower to build its presence in the EV arena compared with rivals such as Volkswagen AG, which began shipping its flagship ID.3 EV in 2020.

Even so, the bZ4X is based off more than two decades of experience with battery-powered cars, according to Toyota General Manager Daisuke Ido. 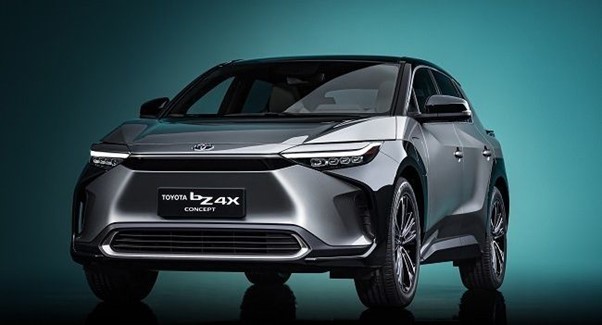 Since releasing the world’s first mass-produced hybrid car, the Prius, in 1997, Toyota has gained a strong command of batteries and energy efficiency, according to Ido.

The car’s heating system and battery temperature-control mechanisms work to boost efficiency, enabling it to drive long distances on a battery that’s not too bulky or heavy, Ido said.

The car is also equipped with a slew of Toyota’s latest technologies. They include the “Toyota Safety Sense” driver assistance system, which, along with multimedia systems in the car, will be capable of over-the-air updates.

Some models will come with a rectangular “steer-by-wire” yoke that enables drivers to maneuver the vehicle without having to change hands.

The bZ4X, unveiled earlier this year at the Shanghai auto show, will come with the option of rooftop solar panels. 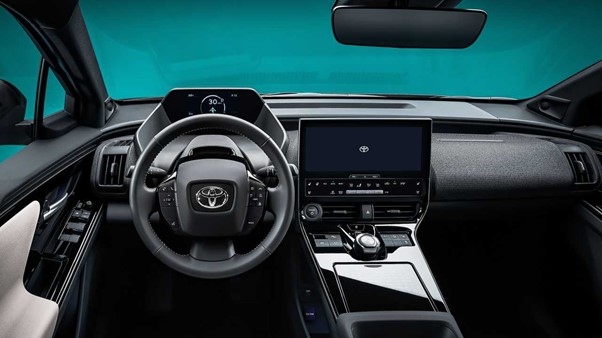 Inside the fully electric Toyota bZ4X

They will help charge the vehicle when parked outside and are capable of generating enough electricity to drive an extra 1,800 kilometers a year, according to Toyota’s estimates.

The electric SUV sits on Toyota’s “e-TNGA” platform, which the company says can be fitted to a broad range of vehicle sizes.

The platform will speed up deployment of new EVs, reducing development time and allowing different models to be designed in parallel.

While certain key elements remain fixed, the battery and electric motor — the most expensive parts of an EV — can be adjusted based on the model.

Toyota declined to comment on pricing, but Ido said the company’s intention is to offer an EV that’s “user-friendly” in terms of keeping costs from rising too high.

Along with EVs, Toyota sees hybrid, fuel-cell and traditional gasoline-powered cars playing a role in its fleet over the coming decade.

By 2030, Toyota plans to sell around 8 million electrified vehicles, of which 2 million will be EVs and fuel-cell cars and the remaining roughly 6 million hybrids.

“We’re contributing to carbon neutrality with a full lineup of practical and sustainable cars,” Chief Engineer Kouji Toyoshima said. That is, “we’re laying down the Bz series as one puzzle piece in the frame of carbon neutrality.”

What is your view of Toyota’s fully electric SUV? If you were in the market, would you consider buying one? Let us know in the comments below. Also, if you found our content informative, do like it and share it with your friends.